“No one on the outside has a clue to what we went through.” 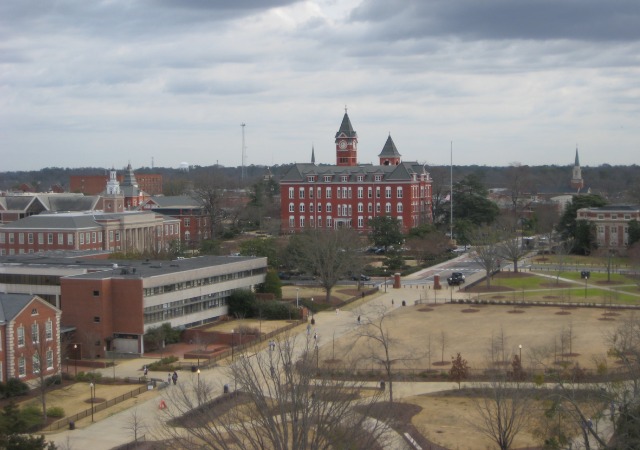 Nemeth was cut from the team by Clint Myers following the 2017 season.

Greenberg’s letter alleges that on March 30, 2017, “several players approached Head Coach Myers with proof in the form of text messages from a student-athlete’s cell phone that Coach Corey was having an inappropriate relationship with one of the student-athletes.”

According to the letter and several players, the team was then “quarantined” for several hours prior to a trip to Georgia. Five players told ESPN that, at that meeting, Auburn executive associate athletic director Meredith Jenkins told the players they were risking arrest for taking the text messages from their teammate’s phone and ordered them to delete the messages.

One former player who spoke with ESPN is Blaire Bass, who provided ESPN screenshots of suggestive text messages she said were sent by Corey Myers after team photos were taken in September 2015. In one of the texts, the sender identified as Myers told Bass how she looked in one of the photos: “Your okay 7 maybe.” In another, he wrote: “Thinking about you and know we give you a lot of s— but we are all so glad you are here!” Bass said she was not invited back to the program after the conclusion of the 2016 season and is now playing second base at Louisville.

“No one on the outside has a clue to what we went through,” said Whitney Jordan, who left after the 2017 season with a year of eligibility left to take a teaching internship.

Former shortstop Haley Fagan said several members of the team filed anonymous ethics complaints with the athletic department in September 2016, prompting the university to conduct an internal investigation that led to Corey Myers’ resignation after a tearful team meeting. That September resignation lasted only two weeks, Fagan said, after Clint Myers and another Auburn coach asked select members of the team to “go fight for Corey” with the athletic department.

“I wrote a letter saying that I didn’t believe all that was being said, because I wanted to defend my coach,” one former Auburn player told ESPN. “After all the stuff that happened in the spring, I felt like an idiot for even opening my mouth.

Auburn has responded, saying that the university takes seriously the safety of its students:

“An investigation was promptly launched when allegations were made. While we don’t by policy or law comment on personnel issues or issues related to students, any suggestion that Auburn Athletics or university administration didn’t take it seriously or didn’t act in the best interest of student-athletes is simply false.

“While the law requires us to protect the privacy of our students, tying our hands about what can be said publicly, there is a reason changes took place with the coaching staff. As much as we may want to give more details, we have been approached by some of the student-athletes involved, directly asking us to protect them because they don’t want their names made public.

“Once the facts were established, changes to the staff quickly followed. Honoring the student-athletes’ requests for privacy while taking necessary disciplinary action is not an easy line to walk when the media asks legitimate questions, but we did the right things at the right time for the right reasons.

“At all times, Auburn University will protect its students, obey privacy laws, and deal with anyone on staff who violates our high standards.”