Jonah Goldberg: “Today, all other cultures must be celebrated while every ill is blamed on us” 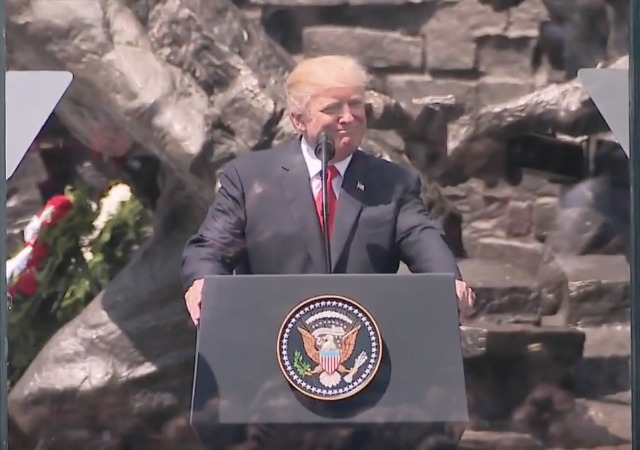 During his recent trip to Poland, Donald Trump gave a spirited defense of Western Civilization, something we covered in Trump in Poland: ‘The West Will Never, Ever be Broken’.

We’ve reached a pathetic and dangerous point in our culture where anyone who celebrates our traditional culture, our country, and, now, our civilization must be doing so for base and evil reasons (see Rod Dreher for more on this).

Today, all other cultures must be celebrated while every ill is blamed on us. This is, to borrow a phrase from social science, garbage thinking. Slavery is a human universal, appearing in every culture around the world. What makes the West unique is not that we had slavery, but that we put an end to it because it was not compatible with our values. The same goes for nearly every charge in the indictment against the West, from racism and misogyny to imperialism and war.

As I’ve written before, the reason Gandhi practiced non-violence against the British Empire is not quite because he abhorred bloodshed, but because he knew pacifism would work against the British. Hitler, who saw himself as a rebel against Western values as evolved from the slave religion of Christianity, never got many lectures about non-violence from his friend Gandhi. We fall short of our ideals, but everyone always does (that’s why they’re called “ideals”). But in head-to-head match-ups, we do better than the rest of the pack.

That may come to be the Trump Doctrine—

The Left-Progressive Axis is accustomed to conquering people who surrender before the fight even starts.

I stopped apologizing a long time ago. Blacks want reparations? I want to balance that against the burning of Detroit and destruction of the Auto Industry plus the burning of all the cities. Include psychological damage to Whites and they might owe me a handsome sum.