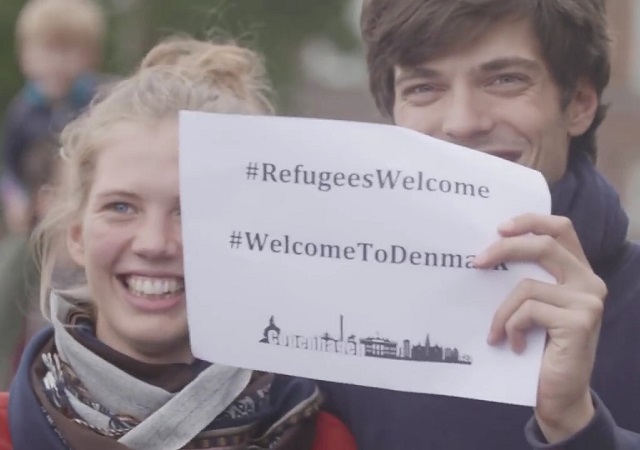 EU’s highest court, the European Court of Justice (ECJ), may be set to dismiss the lawsuit filed by Hungary and Slovakia to challenge the EU’s migrant quota scheme, European media reports suggest.

The Advocate General for the European Court of Justice, Yves Bot, who is advising the judges on the case, proposed to dismiss the lawsuit filed by Hungary and Slovakia. His recommendations are not binding, but the top EU court usually follows the opinion presented by the advocate general. Earlier this year, Hungary and Slovakia approached the top EU court to challenge the Brussels’ decision to impose a continent-wide migrant relocation scheme.

Hungary and Slovakia looked set to see their appeal against the plan rejected after the advisor to the EU’s top court said the quotas were a fair way of easing the pressure on Greece and Italy.

The European Commission meanwhile took its landmark legal action against Poland, Hungary and the Czech Republic to the next level over their refusal to take in any asylum-seekers under the system. (…)

EU Migration Commissioner Dimitris Avramopoulos called on the bloc to complete the plan to relocate 160,000 refugees from frontline Mediterranean states. But only 24,000 have been taken in by other member states for processing since the plan was agreed in 2015. [July 26, France24]

EU Migration Kommisar Dimitris Avramopoulos, upbeat after yesterday’s hearing, threatened legal action against the Czech Republic, Hungary, and Poland “for failing to meet their legal obligations on relocation.” “The three countries could be hauled up before the European Court of Justice (ECJ) and eventually fined,” confirmed TV network France24. The EU Kommisar failed to explain why the East European countries were ‘legally obliged’ to foot the bill for the EU-Merkel ‘refugee’ policy.

Merkel’s right-hand man, German Vice Chancellor Sigmar Gabriel has long been calling for punitive sanctions against the East European state for refusing to accept the EU’s migrant plan. The unelected Eurocrats in Brussels too have been mulling “stiff financial penalties” on the East European countries “refusing to take their share of asylum seekers” — to use the usual BBC dictum.

Earlier this week, the European Commission, EU’s executive body, threatened to suspend Poland’s voting rights in EU-decision making if the Polish parliament went along with the judicial reforms proposed by the country’s conservative government. Polish government is formally backing the lawsuit filed by Hungary and Slovakia against Brussels’ migrant relocation plan.

When it comes to forcing the EU’s migrant settlement plan onto unwilling East European countries: no doesn’t mean no. The migrant quota scheme, also known as EU’s ‘relocation’ law, seeks to create a centralised mechanism for settling the arriving migrants across the EU member states — regardless of the wishes of the democratically elected national governments or parliaments, let alone the wishes of the native populations.

Once the centralised scheme is in place, the EU member states will be sealing their fate to the EU’s open floodgates policy for illegal migrants, mainly coming from Arab and Muslim countries. The scheme will not only take away the right of sovereign European states to set their own immigration policy in the foreseeable future, but may well change the demography of Christian Europe in our lifetime.

There is no significant difference between Islam and Nazism. These eastern european nations should adopt Germany’s laws against Nazism, but target Muslims.

“There is no significant difference between Islam and Nazism. “

Well, both words end in an “m”. Other than that, this is a woeful display of a knowledge deficit.

There are some ways their evil practices match, but mostly, no.

I would argue that the Eu has become a worse threat of tyranny than Russia ever could be given today’s political climate. What the EU is doing is essentially telling these countries that their own governments no longer have any control over their country or citizens for the EU rules all. Does any rational person actually think that the citizens in countries like Poland are going to allow the EU to usurp their own government’s sovereignty? This could easily lead to the breakup of the EU because the EU is not living up to its advertised advantages and is enforcing everything these countries do not want.

We had a few of them in Slovakia, in a camp not far from here on the Danube. This is the one thing I must agree with the Socialist PM of Slovakia on. He said it best: “There are no mosques in Slovakia, nor will there be”.

We have about 5,000 muslims in Slovakia. We had a law that for a religion to be recognized by the state and build a house of worship, that religion would need the signatures of 20,000 Slovak voters. The law was replaced, now requiring 50,000 signatures….LOL!

Eastern European states should threaten sanctions against the EU for meddling in their affairs. Maybe by shutting off the Russian pipelines that go through their countries to Europe in the dead of winter?