Tomi Lahren settles lawsuit with Glenn Beck and The Blaze

Tomi Lahren settles lawsuit with Glenn Beck and The Blaze 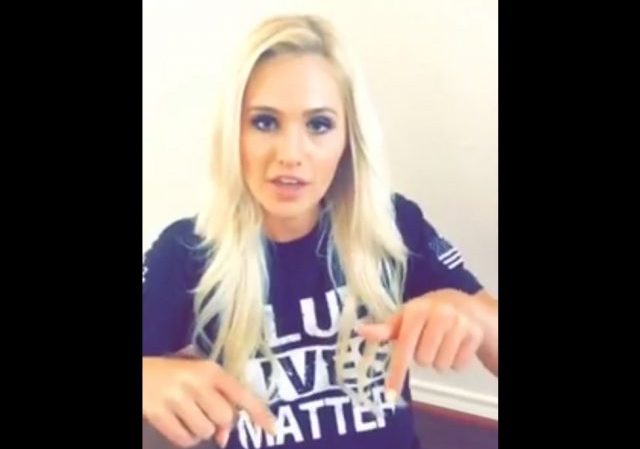 Earlier today, Tomi Lahren had reached a settlement with Glenn Beck and The Blaze in their very public, dueling law suits.

While part of the settlement remains confidential, the available information appears to be a fair deal struck for all parties involved, the Dallas Morning News reported:

Tomi Lahren settled her lawsuit Monday with her former boss, Glenn Beck, and his conservative media firm The Blaze.

The deal allows the 24-year-old pundit to be freed from her employment contract — which was to expire in September — and pursue new work that competes with The Blaze. She also gets to keep the Facebook page that The Blaze created for her, and on which she has amassed 4.3 million followers.

Lahren will “promptly” return The Blaze’s “intellectual property” that was posted to the Facebook page, said her lawyer, Brian Lauten. In court hearings, Lauten had offered to delete all of the videos produced by The Blaze off the Facebook page, which would include some of Lahren’s most popular posts. Some had been watched more than 67 million times.

“Ms. Lahren is relieved to have this litigation behind her,” Lauten said in a statement. “She looks forward to connecting with her audience and fan base on the pressing political issues facing our country in the days to come.”

Lahren’s contract contained no post-employment non-compete, but had the employment agreement remained in effect during a protracted legal battle, she would’ve been obligated not to compete for another four months.

That is the big win for Lahren in the settlement, who has gained quite a bit of notoriety of late. Being forced to stay out of the spotlight (and unable to contribute to any other major media outlet) would have undoubtedly hurt her brand.

Also important is Lahren’s continuing ability to use her Facebook page, which she did not create herself. Although I don’t see why The Blaze would have retained it after Lahren’s employment ended, having immediate, guaranteed and unfettered access and control over it is not insignificant.

For their part, TheBlaze seems pleased.

“TheBlaze is pleased to announce that the relationship with Tomi Lahren has concluded,” the company’s statement said. “Ms. Lahren will continue to have access to her social media accounts as has always been the case.”

This afternoon, Lahren took to Twitter to announce the settlement.

She also posted a video on Facebook thanking her fans.

Yesterday, we ran an analysis of the major legal claims from Lahren’s law suit.

While the law and surrounding facts weighed in favor of TheBlaze, a protracted public legal battle generally has few winners. For that reason, I concluded my analysis as follows:

My advice here would be to reach as palatable a settlement as you can, and move on.

It appears they’ve done just that.

If you think it’s okay to murder babies all of your arguments are invalid. I can’t hear anything you say over the stunning sound of your willful ignorance. She’ll probably wind up on The View as one of their “conservative” props.

She’s 24. What could she possibly tell me that would be worth hearing?

But, but she’s cute! That adds like 10 extra credit points to her vids…..sarc off.

She did a “Michelle Fields.”

One thing I could never understand:
Why all the sturm und drang over her facebook page? The Blaze had to create one for her? Why in the world couldn’t she make one for herself?

Probably because she had 4.3 million followers on her FB page. Many of which would no doubt bail on her for her pro-choice comments.