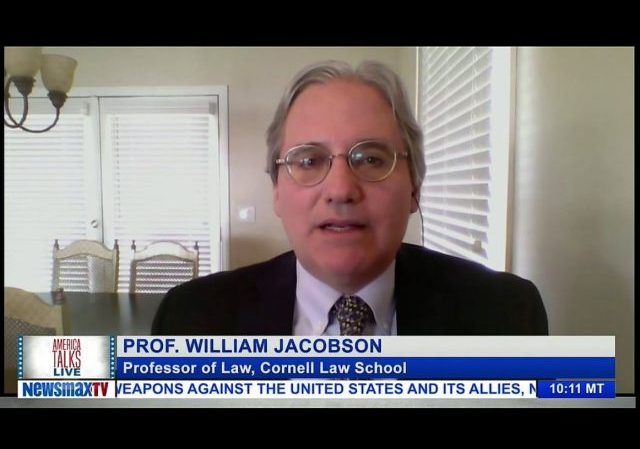 The discussion centered on two big developments today, the reports that Susan Rice “unmasked” Trump campaign and transition officials names from intelligence reports, and the Neil Gorsuch nomination and the threat of a filibuster.

Here are some of my comments:

What this suggests, is that while there may not necessarily have been anything illegal about Susan Rice making those requests, given her background, given how she was put out as the point person to spread the lie about the Benghazi video, that it was an attack based on a video, given her tattered history, I think that it’s very, very suspicious, and it certainly warrants additional information, additional investigation.

So I think what this all but guarantees is that there will be a dual track investigation in Congress.

On the one hand, any alleged collusion by the Trump campaign with Russia, of which there’s been no proof thus far, but also the action of the Obama administration.

I don’t see how the Obama administration does not now become a target of congressional investigation after this revelation.”

As to Gorsuch, and Democrats leaving Republicans no choice but to go nuclear:

The filibuster has a moderating effect. A president understands that there’s some necessity of nominating someone in the mainstream.

That’s not going to be there anymore if Chuck Schumer gets his way.  So Gorsuch is going to be approved. But what it means is that it’s wide open for Trump to nominate almost anyone he wants the next go round.

So I think the Democrats are going to come to regret this much as they now regret what Harry Reid did with regard to the lower courts.

The problem that Obama & Co. have at this point is that Susan Rice’s actions open the door to unmasking all of *their* incidentally intercepted communications for the past year or more. Susan Rice’s actions abusing surveillance state powers is prima facie a national security issue, which gives all the cover the Trump administration needs to dig for political dirt. The sheer amount of distasteful dirt that will come out of that analysis will doom the legacy of Obama.