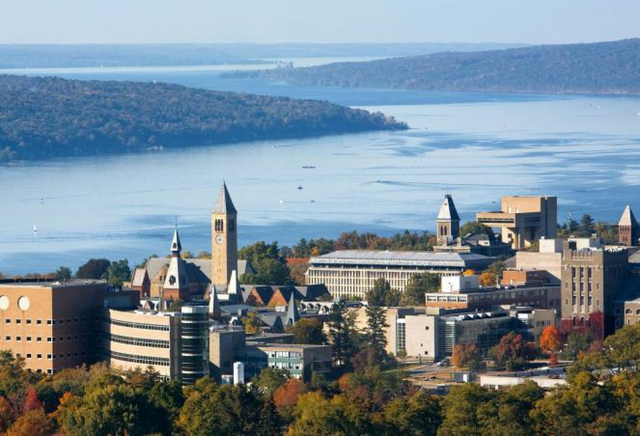 The way in which sexual misconduct on college campuses is investigated often puts the accused, usually men, in horrible situations. We have written many times about these “kangaroo courts.”

We recently covered a tragic case in Texas:

Student in Texas Commits Suicide After Trial by Kangaroo Court

This is such a sad story. To make matters worse, it’s all just based on accusations. Nothing more.

If every other egregious example of a male student denied due process after being accused of sexual misconduct gets ignored – this one should not be.

A male student who was accused of sexual harassment committed suicide just days after the University of Texas at Arlington ignored its own policies in order to punish him. The accused student’s father, a lawyer acting as the administrator of his son’s estate, is now suing the school for violating his son’s Title IX rights.

College administrators, as well as members of the media and legislators, would do well to remember the name Thomas Klocke. Klocke, a straight male, was accused by a gay male student of writing anti-gay slurs on his computer during a class. Klocke vehemently denied the accusation, and administrators who investigated the incident acknowledged there was no evidence to support the accuser’s claims, yet Klocke was still punished.

Unfortunately, this is not an isolated incident.

Cornell University is being sued by a male student who claims the University discriminated against him on the basis of sex while investigating him for sexual misconduct.

The pseudonymous plaintiff, James Doe — a senior in the College of Arts and Sciences — is suing in part to recover damages for emotional distress. The student says Cornell’s investigation caused him to attempt suicide.

The suit, filed in federal court on Tuesday, comes nearly four months after Cornell lost a similar case in January. In that case, a Tompkins County Supreme Court judge ruled that the University was “arbitrary” and “capricious” in refusing to investigate a male student’s claim that a a Cornell Title IX investigator discriminated against him based on his sex.

This decisive court loss was not the end of Cornell’s complicated relationship with Title IX, the federal law that prohibits sex discrimination in education.

In early February, the Department of Education’s Office for Civil Rights opened a sixth Title IX investigation into Cornell, making it the University with the most active investigations of any in the country. One month later, participants in an open forum held by the Office for Civil Rights investigators harshly criticized the University for its handling of sexual misconduct complaints.

The circumstances surrounding the case sound all too familiar:

Court documents say that the events motivating the suit occurred in September 2015, when Doe and his accuser, Sally Roe, met at a party. At one point during the night of the party, Doe and Roe went to Doe’s bedroom together, the suit says.

While there, Roe allegedly beckoned Doe to his bed, where she “pinned him down” and made sexual advances, making Doe uncomfortable, he says in the lawsuit. When the male student asked Roe to stop her advances, he tried to push her off his body, the lawsuit says, after which Roe allegedly punched Doe’s testicles. Roe admitted to doing so, according to the suit.

This led to a point where the young man gave up hope:

To demonstrate the extent of his emotional distress, Doe says he was diagnosed with severe anxiety and major depressive disorder after Cornell issued an interim suspension.

His mental state worsened, according to the complaint.

Last spring, the day Doe was notified of his second suspension, he tried to commit suicide, he says in the suit.

They have made the cynical, and CORRECT, calculation that paying out settlements for blatantly discriminating against males and violating their due process rights costs them LESS money than the liberals threatened to take away in federal funding.

The only thing that will make this bullshit stop is to reverse direction and for Trump to put out clear and unambiguous guidance that any university found violating due process rights of students REGARDLESS OF GENDER will lose all federal funding.

A few million dollars here and there is the expected cost of their current course of action and will change nothing.

Something else that might help would be for any monetary finding be levied against the endowments. That might protect students from tuition increases resulting from a judgement against the administration.

Placing the administration of potentially life-changing complex legal decisions in the eager hands of Liberal social justice warriors was doomed from the very start, these incidents being sadly indicative of the extent to which ordinary principles of due process can be so drastically perverted by the Liberal mind.
Does anyone recall “The Harrad Experiment” (https://www.amazon.com/Harrad-Experiment-Robert-H-Rimmer/dp/0879756233/ref=sr_1_2?ie=UTF8&qid=1492381783&sr=8-2&keywords=harrad+experiment) from a couple generations ago?
Shocking at the time, it was still far more optimistic than our current malignant process.