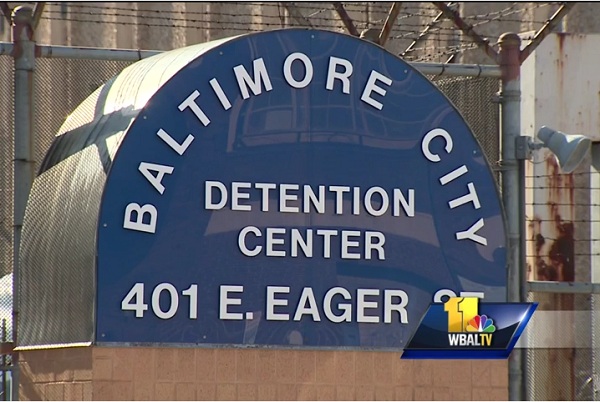 Baltimore is taking the idea of “sanctuary cities” to the next level in its ongoing “resistance” to President Trump’s policy of enforcing our nation’s immigration laws.

The mayor has insisted that Baltimore is a “welcoming” rather than a “sanctuary” city, and earlier this month, Baltimore County Executive Kevin Kamenetz signed an executive order regarding illegal immigrants.

Baltimore County Executive Kevin Kamenetz signed an order Wednesday prohibiting county law enforcement from inquiring about the immigration status of anyone they encounter.

The order also says police and sheriff’s deputies cannot hold detainees past their release dates at the request of federal deportation agents, unless those agents have presented a judicial order.

“We do this because it promotes sound police practices,” Kamenetz (D) said at a news conference. “We want to continue to maintain the community trust among the residents we are obligated to protect. Driving people underground makes us less safe.”

The executive order broadly prohibits discriminating against people or withholding benefits based on their immigration status. It also limits police cooperation with federal authorities “except in the case of a criminal warrant signed by a judicial official.”

Kamentz directly stated that this move was a response to President Trump.

The latest maneuver is a memo to prosecutors in which Baltimore’s State’s Attorney’s Office posits that prosecutions for “minor, nonviolent criminal cases” should be based not solely on the law but on the impact of that prosecution on “victim, witnesses, and the defendant” in terms of their immigration status.

The Baltimore State’s Attorney’s Office has instructed prosecutors to think twice before charging illegal immigrants with minor, non-violent crimes in response to stepped up immigration enforcement by the Trump administration.

Chief Deputy State’s Attorney Michael Schatzow, in a memo sent to all staff Thursday and obtained by The Baltimore Sun, wrote that the Justice Department’s deportation efforts “have increased the potential collateral consequences to certain immigrants of minor, non-violent criminal conduct.”

“In considering the appropriate disposition of a minor, non-violent criminal case, please be certain to consider those potential consequences to the victim, witnesses, and the defendant,” Schatzow wrote.

How does that work?  If an illegal alien commits a nonviolent crime and prosecuting the case will lead to the possible deportation of a witness or perhaps of a witness’ parents, the case would not be prosecuted?

Considering the immigration status not only of the person who committed the crime but of the victim or of any witnesses (and their families?) could lead to serious problems and a host of unintentional consequences.

The directive is supported by CASA de Maryland, a radical pro-illegal alien group, whose regional director champions this as reasonable use of prosecutorial discretion.

. . . . Elizabeth Alex, a Baltimore regional director for CASA de Maryland, said immigrants and their relatives are afraid to engage in the court process, and Baltimore prosecutors are right to include immigration status as part of their consideration in how to handle a case.

“Prosecutorial discretion exists in all kinds of cases, and it’s more education to [prosecutors] about the multiple factors that they should take into consideration as they proceed,” she said. “The consequences are different today than they were a year ago.”

The Baltimore Sun reports that Maryland’s only Republican House member said of the Baltimore memo:

U.S. Rep. Andy Harris, the lone Republican in Maryland’s congressional delegation, said it is “a real shame that the State Attorney’s office is unwilling to enforce the law against illegal aliens who commit crimes in the United States.”

“A vast majority of Americans believe that illegal aliens who commit crimes while here in the U.S. should bear the full brunt of the law, and be deported,” Harris said through a spokesperson.

The Justice Department declined to comment on the Baltimore memo.

While the DOJ has not commented on this specific  memo, AG Jeff Sessions spoke about a similar situation.

The Justice Department declined to comment on the Baltimore memo. But in remarks Friday on Long Island, Sessions decried district attorneys who he said “openly brag about not charging cases appropriately – giving special treatment to illegal aliens to ensure these criminal aliens aren’t deported from their communities.

“They advertise that they will charge a criminal alien with a lesser offense than presumably they would charge a United States citizen. It baffles me,” Sessions said.

The comments appeared to be in response to the acting district attorney in Brooklyn, N.Y., who earlier this week issued similar instruction to prosecutors there. “We must ensure that a conviction, especially for a minor offense, does not lead to unintended and severe consequences like deportation, which can be unfair, tear families apart and destabilize our communities and businesses,” Acting District Attorney Eric Gonzalez said in an announcement Monday.

The City Paper reported at the time:

U. S. Attorney General Jeff Sessions announced today he will withhold federal funds from cities and states that do not certify that they are not “sanctuary” jurisdictions. At stake is more than $4 billion in federal aid to law enforcement.

“Countless Americans would be alive today,” Sessions told reporters in a surprise appearance in the White House briefing room, “if these policies of sanctuary cities were ended.”

Sessions addressed Maryland directly, saying a legislative effort to make a sanctuary state “would be such a mistake.”

For its part, Baltimore insists it’s not a sanctuary city because it gave control of its detention facilities to the state; because of this, the mayor refers to Baltimore as a “welcoming” city.

“Latest in Baltimore’s resistance to Trump’s immigration policies” is a horrible sub-head. It’s not “Trump’s policies” they are resisting, but enforcement of existing law. It’s the same law that has existed for many years including the previous administration of the “light bearer”.

And from a journalist/marketing standpoint that headline could use some work too.

How about the “Madison” solution? I was once told that Wisconsin had two welfare systems. The generous one in Madison and a bus ticket to Madison. So city fathers up and down the East Coast can by bus tickets to Baltimore.