Decision comes after Trump withdrew an Obama directive that allowed transgender teens to use whichever bathroom they want. 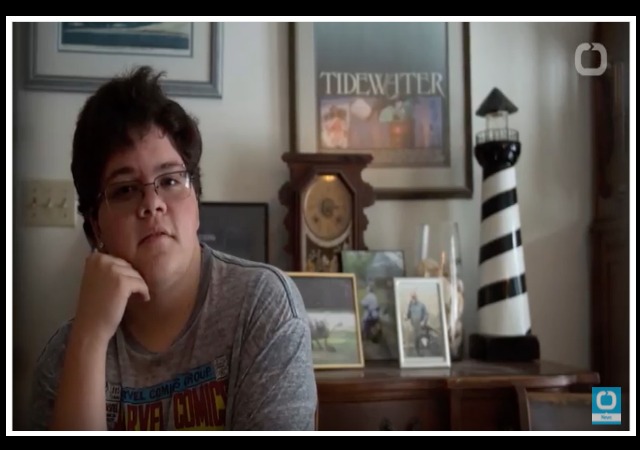 The Supreme Court has chosen to send a Virginia transgender student’s bathroom case back to the lower court after President Donald Trump’s administration decided to do away with a directive from former President Barack Obama that stated students in schools can use which bathroom they want.

The court should have heard the case later this month. The U.S. Court of Appeals for the 4th Circuit had decided to allow transgender teen Gavin Grimm to use the bathroom of her choice.

The court asked both parties in the case to submit their views on how the case should proceed since the lower court had deferred to the Obama-era guidance.

Both sides had said the justices should hear the case as planned.

The lower court “had relied on the federal government’s guidance” on the issue.

Grimm is the center of the case. Born a female, she identifies as a male. She even changed her name and received a new birth certificate that identifies her as a female. In 2014, the Gloucester County School Board ruled that students must use the bathroom of their birth sex. In other words, Grimm should use the female bathroom.

Grimm insisted that the school board’s decision discriminated her “in violation of Title IX anti-discrimination laws.”

Then the Fourth Circuit decided that “the Obama administration guidance should be given deference because federal anti-discrimination laws are ambiguous when it comes to ‘sex.'”

This probably means Grimm will have to use the female bathroom until she graduates:

“This is disappointing for trans kids across the country and for Gavin, who are now going to be held in limbo for another year or two,” said Joshua Block, the American Civil Liberties Union attorney who represents Grimm. “But Title IX means the same thing today as it meant yesterday. Lower courts already have held that it protects trans kids.”

I wonder if the apparent growing number of sexually confused children might not be the result of parents choosing to raise their children without sexual cues. You know the kind of parents I’m talking about – the ones who take the doll away from the little girl and give her the truck while her brother gets the doll.

To Milhouse’s long response:
“But this is all courtesy, not reality. Reality takes no account of people’s feelings. I don’t want to get naked in front of someone of the opposite sex, no matter what they think they are.”

I’m going to guess the get naked in front of would be in a gym setting. Years ago I had a student who presented himself as gay because he was, but he didn’t announce it. The other students gave him a bad time. He signaled through the school psychologist I didn’t need to defend him. I did. I didn’t want anybody coming to my class thinking they could treat anybody disrespectfully, or that they would receive that treatment. What I told my students was that they only needed to know somebody else’s sexual orientation if they were wishing to have an intimate sexual relationship with them. Otherwise, nobody needs to know. I still think that. If a girl wants to pretend they are a guy, that’s ok with me. Schools have tried offering private restrooms but the usual thing is they insist on using shared space, the boys locker room. It isn’t enough that others go along, they have share it. That is really objectionable.

Please post the supporting brief from tech companies. I found it an “interesting” read.