Prager U: There is No Gender Wage Gap

Prager U: There is No Gender Wage Gap

Is there a gender wage gap? Are women paid less than men to do the same work? 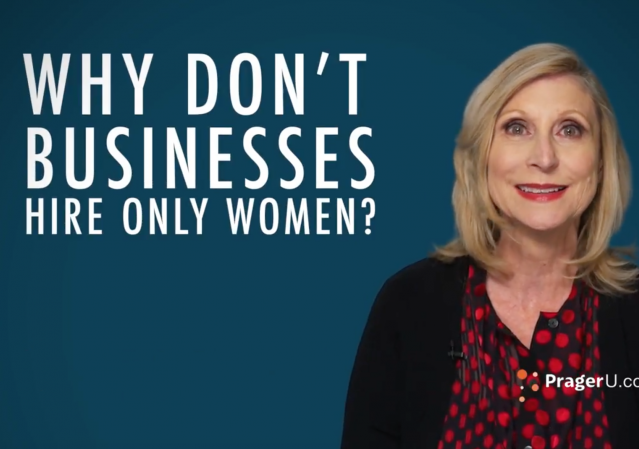 Despite it’s prevalence in neo-feminism lore, the gender wage gap is a myth.

You’ve almost certainly heard about the “gender wage gap” — the claim that women earn 77 cents to every man’s dollar — for the exact same work! Where does that number come from, and is it true? In this week’s video, Christina Hoff Sommers, resident scholar at the American Enterprise Institute, reveals the truth behind the wage gap, and explains why it’s one big myth.

I have used this reasoning on women who just don’t get it. Poor math skills do not result in high wages.

There is a wage gap in many industries, and it generally favors women. New grad engineers make more money if they’re female, for example.