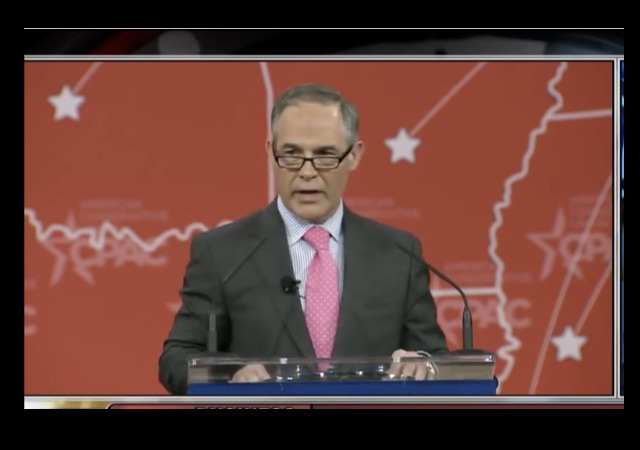 Sen. Susan Collins (R-ME) has told Maine Public Radio that she will vote against Oklahoma Attorney General Scott Pruitt to lead the EPA. She acknowledged his accomplishments, but the two of them have too many different views when it comes to the EPA:

“Specifically, I have significant concerns that Mr. Pruitt has actively opposed and sued the EPA on numerous issues that are of great importance to the state of Maine, including mercury controls for coal-fired power plants and efforts to reduce cross-state air pollution and greenhouse gas emissions,” she says. “His actions leave me with considerable doubts about whether his vision for the EPA is consistent with the agency’s critical mission to protect human health and the environment.”

Collins said she does not agree with every EPA regulation and has “found the agency difficult to work with.” But she has concerns “about the potential for weakening a federal agency that works to implement and enforce landmark environmental laws such as the Clean Air Act, the Clean Water Act and the Clean Power Plan.”

Collins stated that weakening all of this could endanger Maine:

As an example, Collins points to Maine’s geographic location, near the end of what’s often described as the nation’s “air pollution tailpipe,” because it’s on the receiving end of pollution that’s generated by coal-fired power plants in other states. Reducing these air pollutants, Collins says, is important in a state like Maine, which has one of the highest rates of asthma in the country.

“And no matter what Maine does, unless we address the out-of-state sources of pollution, we cannot make the kind of progress that needs to be made,” she says.

The senator also received a letter from Friends of Acadia, a nonprofit conservation project for Acadia National Park in Maine, which convinced her to oppose Pruitt:

With about 5,000 members around the country, the group wrote a letter to Collins about the need to reduce greenhouse gas emissions as a way to lessen the effects of climate change in Acadia National Park in Maine.

Stephanie Clement, conservation director for the friends’ group, says the effects of climate change are wide-ranging. For example, Acadia receives about five additional inches of rain on an annual basis than it did 100 years ago. Clement says there are also threats to the park’s infrastructure and to predator-prey relationships that could be affected by warming temperatures.

Collins remains one of the few members of Congress that believes greenhouse gas emissions have caused climate change:

“I’ve talked to a lot of individuals throughout our state — scientists, environmental advocates, fishermen and boaters — and all of them are telling me of their concerns about how the environment is changing in our state,” she says. “And the changes we are already seeing in Casco Bay and the Gulf of Maine, for example, are cause for alarm.”

The Democrats also want to delay Pruitt’s confirmation vote “due to a pending court case regarding email records.” They believe that those emails could affect his nomination:

“Granting this request — to schedule consideration of Mr. Pruitt’s nomination at a time that permits Senators to receive and review the information we previously requested — is compelled, in our view, by the Senate’s obligation to provide advice and consent on Mr. Pruitt’s nomination,” the Democrats wrote in a letter to Senate Majority Leader Mitch McConnell (R-Ky.). “These records are needed for the Senate to evaluate Mr. Pruitt’s suitability to serve in the position for which he has been nominated.”

Delay or not, Pruitt cannot afford to lose any GOP senator. The party only holds a two seat advantage over the Democrats. If he loses one more, Vice President Mike Pence will have to break the tie. Pence had to do that for Betsy DeVos for Education Secretary when Collins and Murkowski voted against her confirmation.

She has now become barely tolerable. She voted for Hilary. Now she is preparing to switch parties. She believes Maine is going Vermont and is in the hands of trust babies.

Honestly, what is wrong with that woman?

She thinks and is objective. Very wrong.

She thinks what she is told to think you mean 🙂

I fail to understand how even a conservative could ignore air and water pollution and also be ‘pro-life’. There is no cost benefit analysis that will justify poisoning a fetus or child with mercury. There is no rational person who thinks that mercury pollution stops at state borderlines.

Then there is Scott Pruitt.

I will take you at your word since it strengthens my point. Mercury from power plant smoke does not respect the composition of a jurisdiction.