Regulate all the things! 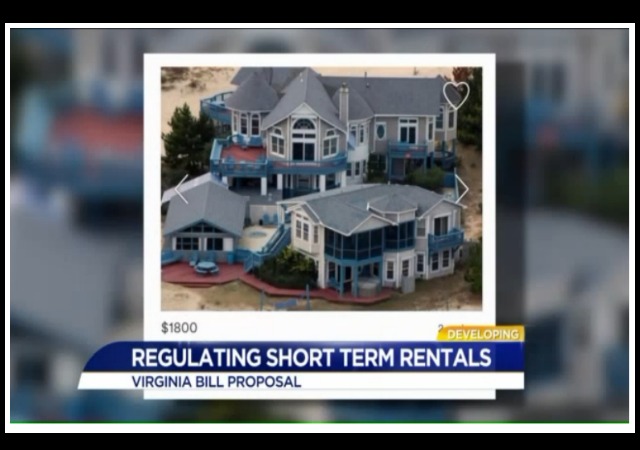 As if we needed more proof that we do not fully own our homes or property! Virginia faced three bills to regulate Airbnb type rentals, but only one made it to the Senate floor. Yes, the Virginian government wants to regulate how YOU rent out YOUR property to someone because it’s totally their business.

The bill from Senate Majority Leader Tommy Norment (R-james City County) made it to the floor:

“The shared economy presents a 21st century challenge to the General Assembly,” Senate Majority Leader Tommy Norment, R-James City County, said . “Who would’ve thought it would be like this five years ago?”

Norment’s bill, SB1578, was sent to the full Senate on a 9-2 vote over two other bills, including one brought by Airbnb and one that would’ve thrown a $10,000 fine against homeowners who were renting illegally.

It still would let localities decide whether or not to allow short-term rentals in their communities.

Renting illegally? It’s MY house! But I digress. Norment’s bill also requires that the homeowner “obtain a Virginia Alcoholic Beverage Control license if they want to serve alcohol to guests.”

Thankfully, the bill that would fine homeowners $10,000 for renting illegally didn’t receive enough votes to get to the floor. But still.

Of course, Airbnb hosts do not agree with this law, including this one who didn’t want WTKR to reveal her identity:

“We just want the opportunity to thrive and be economically successful. I don’t think we’re providing competition to the hotels as they perceive us. The people who come stay with us are looking for a completely different experience.”

“If you have someone who just wants to rent out a bedroom in their home I just don’t feel it’s necessary to have them register and report all that,” said the host.

I used to think regulations like these were made up because the government wanted in on the income tax. Now, I’m pretty sure it’s all about control. Control over every aspect over your life.

Are the taxi cab lobby next? People pay a fee to an uber driver who uses his/her own person car for a commercial purpose.

The for hire car industry [taxis and limousines] have been fighting in state legislatures to close the loophole UBER exploits, to the detriment of established businesses.

Many taxi drivers actually own their own cab. They hire out to a registered taxi company who provides their insurance and meets the regulations established by local and state laws. UBER drivers are no different, except they do not have to abide by local for hire car laws, including carrying insurance, being licensed by the local regulatory agency, etc. And, UBER does not provide any of those services. When you hop into an UBER vehicle, you have no idea who is driving it, what insurance coverage they have or what your fare will be upon arrival.

And, there is a reason, beyond just revenue collected from the people in these industry involved here. Public safety is also involved.

“…or what your fare will be upon arrival.”

The latest Uber app displays exactly what your fare will be, to the penny, before you ever get in the vehicle. Most taxi drivers do not or cannot provide that information in advance.