Not exactly what death penalty opponents had in mind . . . 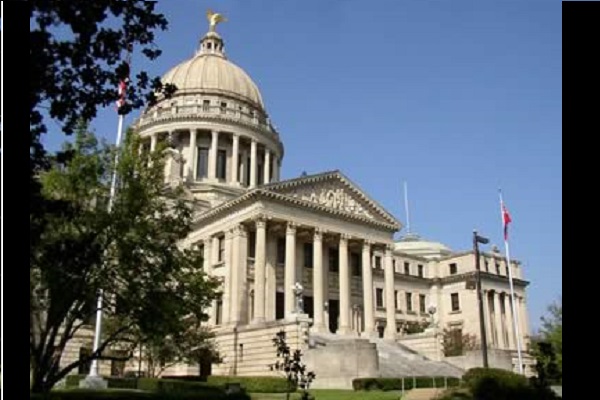 Facing legal challenges and practical constraints, Mississippi is considering following in Utah’s footsteps and using firing squads for executions.  House Bill 638 was introduced to the Mississippi state legislature this week.

The state legislature introduced House Bill 638, which proposes adding firing squad, electrocution, and gas chamber to the list of approved execution methods in Mississippi. Lethal injection is currently the state’s only execution method. Despite opposition, the bill passed the House on Wednesday and will be assigned to a Senate committee for further deliberation.

What appears to concern Mississippi legislators, above all, is the possibility that the judicial process could be slowed – or even halted – by several recently filed lawsuits. These lawsuits contend that use of the state’s current lethal injection cocktail would violate the prohibition against cruel and unusual punishment guaranteed by the Eighth Amendment to the United States Constitution. Having alternative execution methods on the books might safeguard Mississippi’s ability to carry out the death penalty – though some caution that these methods come with their own complications.

. . . . With its new bill, Mississippi instead looks set to follow in the footsteps of Utah, which brought back the firing squad in 2015. That return to traditional methods is likely to become more common, Fordham University law professor Deborah Denno previously suggested to The Christian Science Monitor.

. . . .  On balance, however, studies suggest that execution by firing squad, at least, is probably better than lethal injection, Denno indicated.

“People say firing squad is so brutal, but, at least as far as we know, it’s probably the most humane, it kills people the quickest, and it’s one we have expertise for,” she told the Monitor in 2015.

If we’re going to have a death penalty, we are enjoined to treat the inmates gently. So let’s treat them the same way that we treat babies, the most vulnerable members of our society. We should consult with abortionists on the best methods for execution. Abortionists are obviously far more practiced in these things than any prison official ever could be, so we should defer to their expertise and adopt their methods.

What I read years ago about a method employed by one of the Western states was to have 5 marksmen with bolt-action rifles. 2 have blanks and 3 have live rounds. All 5 shoot at the heart at the same time. Nobody knows who actually shot with live rounds. Perfect way to do it. Additionally, 5 bullets are certainly cheaper than the chemical cocktail that is currently used.