Students want to “decolonize” their field. 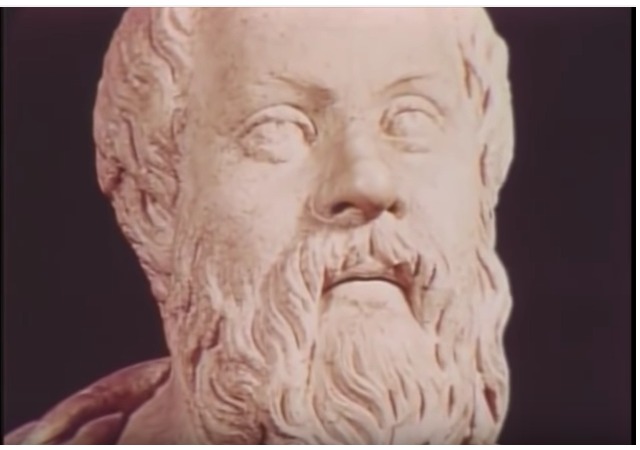 Students at University of London have demanded the school drop famous philosophers like Plato and Kant from the curriculum because they were white. Instead, the student union at the School of Oriental and African Studies (SOAS) would rather have philosophers from Africa and Asia.

The union has started the “campaign to ‘decolonise’ the university.” The Daily Mail reported:

Entitled ‘Decolonising SOAS: Confronting The White Institution’, the union’s statement of ‘educational priorities’ warns ‘white philosophers’ should be studied only ‘if required’, and even then their work should be taught solely from ‘a critical standpoint’: ‘For example, acknowledging the colonial context in which so-called “Enlightenment” philosophers wrote within.’

The democracy and education union officer responsible for the statement, Ali Habib, is on SOAS’s governing board of trustees. He recently told a student newspaper that he is an admirer of Frantz Fanon, the Martinique-born Marxist thinker whose book The Wretched Of The Earth is a seminal work of revolutionary anti-colonialism.

A wider campaign to counter the ‘colonial violence’ students say is ‘embedded’ in British universities has been led by a movement calling for the removal of the statue of ‘imperialist’ Cecil Rhodes from Oriel College, Oxford.

On Sunday, The Telegraph‘s education editor Camila Turner wrote about new education reforms that could force the schools “to pander to the demands of ‘snowflake’ students.” These reforms “include placing student satisfaction at the heart of a new ranking system.”

Experts have grown concerned that these reforms mean that “authorities will give in to student demands, however unreasonable they are,” leading “to a ‘fantastically dangerous’ culture.”

Those authorities have lashed out at the union’s request. SOAS’s Religions and Philosophies Department head Erica Hunter called the request “rather ridiculous” and she would “resist dropping philosophers or historians just because it was fashionable.”

From The Daily Mail:

Last night philosopher Sir Roger Scruton lambasted the union’s demand, saying: ‘This suggests ignorance and a determination not to overcome that ignorance. You can’t rule out a whole area of intellectual endeavour without having investigated it and clearly they haven’t investigated what they mean by white philosophy. If they think there is a colonial context from which Kant’s Critique of Pure Reason arose, I would like to hear it.’

The vice-chancellor of Buckingham University Sir Anthony Seldon said: ‘There is a real danger political correctness is getting out of control. We need to understand the world as it was and not to rewrite history as some might like it to have been.’

Dr. Deborah Gabriel, founder of Black British Academics, understands the union’s viewpoint and why the students want more diversity, but she does not agree with removing the white philosophers:

“I don’t believe that necessitates removing white scholars because not all white scholars espouse ideas that are narrow in context, a lot of them do engage in anti-racist teaching. Academia often draws on series that are decades old, which is what people often find problematic,” she said.

“If you remove that kind of content from the curriculum, how are you going to critique it? That is what changes attitudes and thinking by looking at past theories and how they have evolved, and looking at what is considered progressive and acceptable now.”

Others have taken to social media to criticize the union’s request:

As a @SOAS graduate myself, I'm thoroughly sickened by Student Union demand to remove study of "white" philosophers from curriculum #GrowUp

“For example, acknowledging the colonial context in which so-called “Enlightenment” philosophers wrote within.”

Is it just me, or is there a serious grammatical error in that sentence?

Absolutely. Grammar is racist, except when it’s applied to a European romance language. French has something like 17 tenses, all necessary to learn in order to speak and read actual French.

“For example, acknowledging the colonial context in which so-called ‘Enlightenment’ philosophers wrote within.”

You’re not wrong, you’re a person who is well versed in the language that is a part of your everyday life, which the self-proclaimed ‘historian’ Ali Ahmed Habib quite obviously is not. It seems he cannot even claim second-language problems for this as it appears English is his milk-language.

On the other hand imprecision of language, along with nonsensical demands, is a hallmark of progressive snowflakes all over the world! (Philosophy in colonial context??)

Send them to the abortion chambers!

“I don’t think. Therefore I am.. at the University of London.”
Rene Descartes

Again, liberals demonstrate their total mastery of irony; Plato was one of the first. Everyone else drafted off of him and his contemporaries.

They are trying to create another category of “fries with that” degrees. I an glad I have an Engineering degree, and got it in 1970, before all this bullshit.