Christie said to be “gratified” 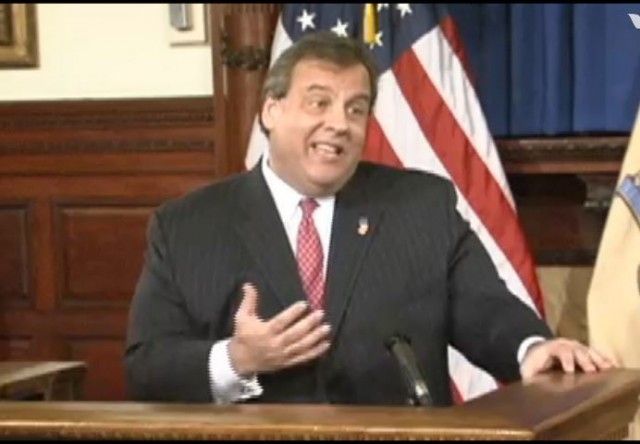 It doesn’t seem that long ago that Chris Christie was a serious contender for the presidency, and here we are, four or five years later, and he’s counting his lucky stars that the prosecutor decided against filing criminal misconduct charges against him regarding Bridgegate.

New Jersey prosecutors on Friday said they would not pursue criminal misconduct charges against Governor Chris Christie in connection with the “Bridgegate” scandal.

The Office of the Bergen County Prosecutor said in a letter to a local judge it did not have sufficient evidence to prove allegations that Christie knew about a plot to close lanes at the George Washington Bridge in 2013 in order to punish a local mayor for failing to endorse Christie’s re-election bid.

“The reason is simple, but compelling – that charge cannot be proven beyond a reasonable doubt,” the letter said.

Bill Brennan, a retired firefighter and activist who announced he would run for governor this year, filed the citizen complaint against Christie last September.

Roy McGeady, a municipal judge in Fort Lee, had found probable cause to allow the case against Christie to proceed after a hearing at which Brennan testified. Christie’s lawyer was not permitted to argue or cross-examine, McGeady said, because the governor was not a defendant until probable cause was established.

The Bergen County Prosecutor’s Office said in the letter that citizen complaints typically allege minor crimes of which the complainant has personal knowledge. The letter said criminal misconduct was far outside that scope.

“In short, a matter of this gravity should not have been heard by a municipal court judge,” the letter said.

Should charges have been pursued, a criminal misconduct conviction carries a five- to ten-year sentence.

The governor is reported to be “gratified” with the news.

Brian Murray, a spokesman for Christie, applauded the decision on Friday.

“The Governor is gratified that the Bergen County Prosecutor’s Office has ended this baseless fiasco began by Mr. Brennan and perpetuated by Judge McGeady,” Murray said in a statement. “It is right and appropriate that this injustice against the Governor is finally over.”

The smear of a possible prosecution was effective in derailing his political ambitions. Mission accomplished. Come backs are always possible lacking a conviction.

I think he was destined to be dumped by Trump due to Trump’s son in law harboring a grudge against Christie for putting his dad in the slammer.

This is the biggest joke ever to reach the courts. Ever.