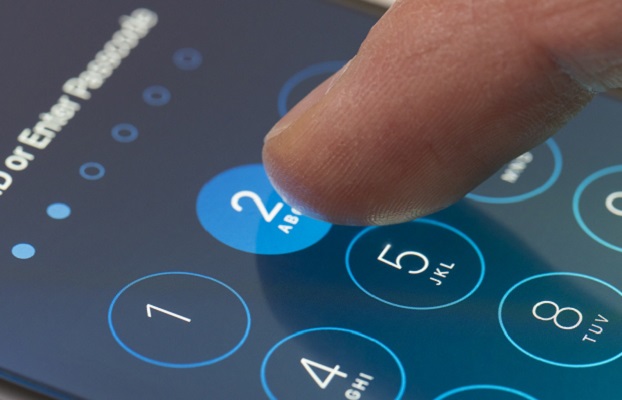 A Florida man suspected of voyeurism has been ordered to surrender his cell phone password to police.

A Florida court has ruled that police can compel individuals to hand over the passcode to their phones. The judgment has serious implications in how the Fifth Amendment is applied to mobile devices.

At the center of the case is Aaron Stahl, a Florida man who was arrested after a woman allegedly caught him taking upskirt photos of her at a store. Stahl ran away and escaped when confronted, but he was eventually detained after police used the store’s surveillance footage to identify his car’s license plate. Stahl was charged with third-degree voyeurism, a felony.

According to Courthouse News, the suspect had originally given police verbal consent to search his iPhone 5, but later reneged. Despite having a warrant, law enforcement agents were unable to access the phone’s content because of the four-digit passcode, the encryption lynchpin to all Apple devices. As such, they filed a motion with the trial court to compel Stahl to provide it, but were denied because doing so would violate Stahl’s Fifth Amendment protection against self-incrimination.

“A defendant can be compelled to produce material evidence that is incriminating,” Supreme Court Justice John Paul Stevens wrote in a 1988 dissent, which was cited by the trial judge in Stahl’s case. “But can he be compelled to use his mind to assist the prosecution in convicting him of a crime? I think not. He may in some cases be forced to surrender a key to a strongbox containing incriminating documents, but I do not believe he can be compelled to reveal the combination to his wall safe—by word or deed.”

The judge’s opinion included an observation about the advance of technology and its impact on Fifth Amendment protections when a warrant has been issued.

“We question whether identifying the key which will open the strongbox—such that the key is surrendered—is, in fact, distinct from telling an officer the combination,” Judge Anthony Black wrote in the court’s decision. “More importantly, we question the continuing viability of any distinction as technology advances.”

Black then added, “Unquestionably, the State established, with reasonable particularity, its knowledge of the existence of the passcode, Stahl’s control or possession of the passcode, and the self-authenticating nature of the passcode. This is a case of surrender and not testimony.”

In other words, the court believes the Fifth Amendment does not protect Stahl against turning over the passcode to his phone.

Law enforcement has demanded that individuals unlock their phones using their fingerprints for some time now, going so far as to making an entire building full of people do it at one time, but this is the first time that a court has made no discernible difference between Apple’s Touch ID and an actual password.

What part of “No person…shall be compelled in any criminal case to be a witness against himself” does Stevens not understand?

I agree. So if the police execute a search warrant at my house, I am compelled to open my safe for them? I don’t think so. They can threaten me with, “If we have to open it, our personnel will destroy it in the process,” but I don’t think I’m required to open it.

I’m pretty sure it’s justified under the Interstate Commerce Clause.

Clinton defense [both of them]: “I can’t remember. I don’t recall”.

This will be appealed, and I think the Florida Supreme Court will be Bench-Slapped by SCOTUS on the application of the law to the general purpose.

Riley v. California can be logically extended to state that a Warrant to force the unlocking of a cell phone is improper without VERY, VERY specific requirements regarding what exactly the police are looking for (particularized evidence, described in detail), which is VERY OFTEN missing from these “shotgun” warrant applications.

Now, the major hiccup in THIS case is that apparently the CONSENTED to the search of his cell phone before withdrawing that consent. THIS case may turn on if consent, once granted to inspect an item can be withdrawn (my guess is that SCOTUS will say: “No. Once you grant permission, you lose the right to object later.”