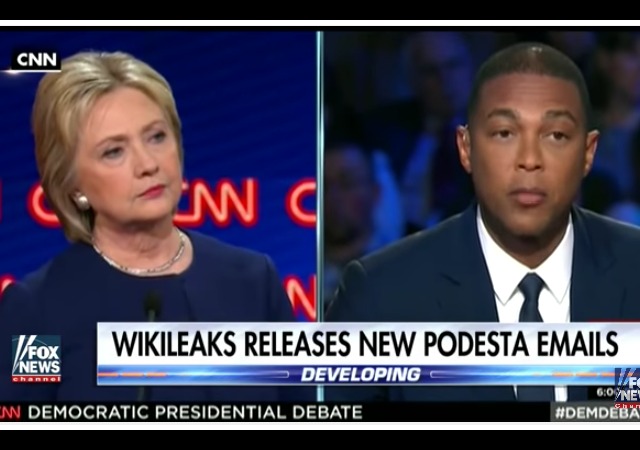 How did he know? He’s married to CNN Vice President Virginia Moseley. 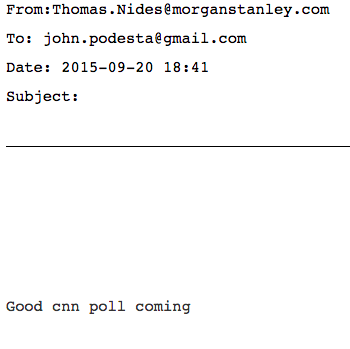 Podesta told Nides, who held served in the State under Hillary, he cannot wait to see “how that is spun.”

As The Daily Caller pointed out, Nides sent Podesta an email a month later with poll results from Iowa, but the results were supposed to remain embargoed.

No one knows exactly why Moseley sent her husband these results, along with more polling results in January, but it’s pretty easy to connect the dots.

This is just another item in a long list that shows a cozy relationship between Hillary. 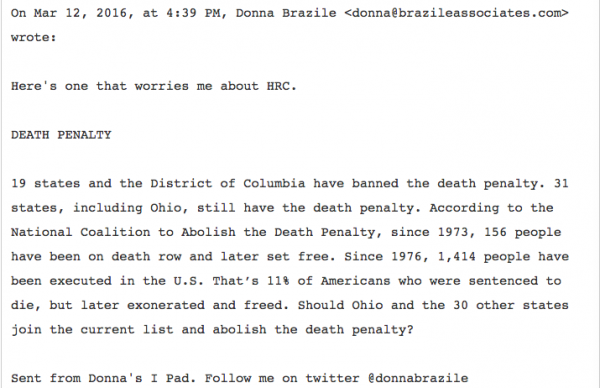 It turns out, a man named Ricky Jackson planned to ask Hillary that question at the March 13 CNN town hall. A court wrongly convicted him of murder in 1975 when he was only a teenager.

Then another email shows that Brazile sent Podesta two more questions about unions and income inequality. The latter never came up, but Martin asked Hillary a similar question about unions.

Brazile tried so hard to deflect the blame, even accusing Megyn Kelly of persecuting her, but a tech person proved the emails came from Brazile. No one hacked her.

Other emails show that CNN reached out to the DNC for questions to ask Donald Trump, Ted Cruz, and Carly Fiorina.

CNN cancelled the interviews, but held onto the questions the DNC provided. 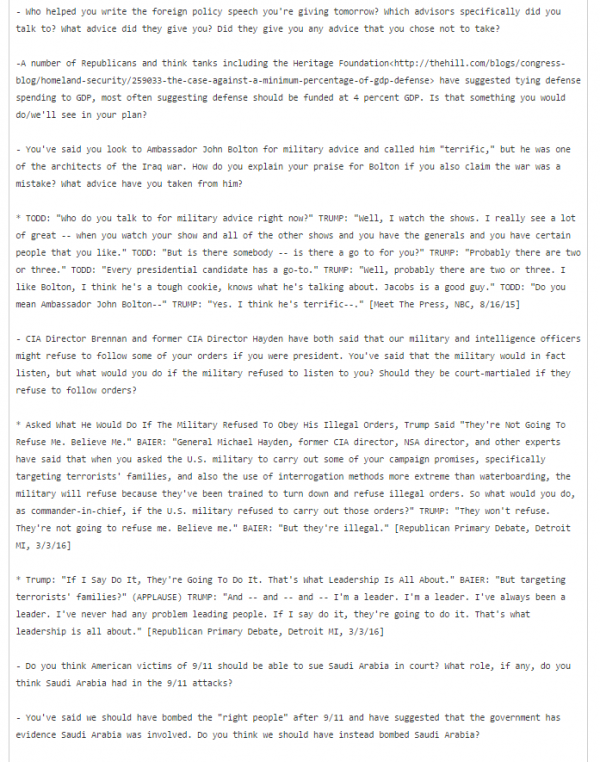 A CNN spokeswoman said on Monday that those emails are “completely unremarkable” and that the network regularly uses suggestions sent “solicited and unsolicited” from both parties ahead of major interviews.

A CNN spokeswoman said on Monday that those emails are “completely unremarkable” and that the network regularly uses suggestions sent “solicited and unsolicited” from both parties ahead of major interviews.

None of this is conclusive proof, of course, but it does establish a solid — and ethically questionable — pattern of behavior on the part of CNN.

Parody becomes reality. Seriously, you can’t make this stuff up; nobody would believe it.

I don’t think calling those scurrilous little plots “completely unremarkable” (translation: “we do sneaky stuff like that all the time”) is a really strong defense.

There is a reason they are commonly referred to as the “Clinton News Network!