Virginia Democrat Lashes Out at Party Over Rhetoric, Treatment of Republicans

Virginia Democrat Lashes Out at Party Over Rhetoric, Treatment of Republicans

Del. Sam Rasoul offers some hard truths for his party. 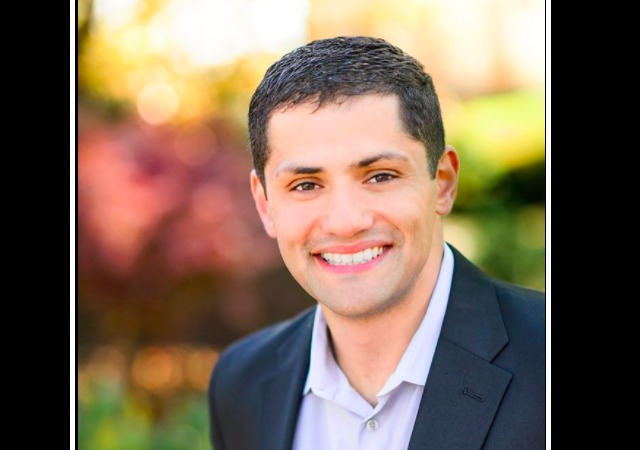 Del. Sam Rasoul, the only Muslim in Virginia’s General Assembly, has lashed out at his party over its treatment of Republicans and the tone of fear during the presidential election:

“I feel as though the [leadership] right now is not committed to the radical changes we need to connect with the values of working class America,” said Rasoul, 35, the lone Muslim in the General Assembly. “We were sent a mandate on Election Day that we have to completely rethink the way we do business.”

“Sure, we need to be super-strong in condemning acts of real hatred and bigotry and racism, but when people believe that all of Trump voters are racist, they really are not empathizing with the wants and needs of a lot of folks, and we are missing out,” he said.

Last week, he criticized the Democrats and Hillary Clinton for the rhetoric used in the election:

Democrats, like Republicans, used hate and fear to garner votes in the presidential race, he said. Rasoul cited Clinton’s use of the word “deplorables” to describe supporters of Donald Trump, the GOP nominee and president-elect.

“That word in and of itself showed me how disconnected we are sometimes,” Rasoul said Sunday during the event hosted by Our Revolution, a progressive group that spun out of Vermont Sen. Bernie Sanders’ Democratic presidential campaign.

Rasoul proposed instead practicing radical empathy toward those with opposing political viewpoints.

Hillary won Virginia, but only at the last minute even though she chose Virginia Senator Tim Kaine as her running mate. Rasoul said his party needs to build a bridge “between the blue-leaning voters of urban and suburban areas and the red voters of more rural areas.”

Rasoul decided to step down from his leadership post at the Virginia House Democrat Caucus in order to concentrate on fixing his party:

“We have been discussing for years the need for change, and now the voters have clearly spoken,” said Rasoul, D-Roanoke. “While change takes time, it is critical that we begin a massive overhaul. The caucus seems to have little intention of entertaining that.”

He said the move would allow him to focus on strengthening the relationship between the party and average Americans. It’s time for party officials to be sincere public servants, listen to their constituents and treat them with respect, he said.

Rasoul wants to announce a plan for his fellow Democrats to rebuild that trust and how to talk to everyone about the Democrat platform:

“I love our platform, but when we want to use the same negative campaign tactics, when we do not try to genuinely listen and build trust with people from all walks of life, we’re not really being sincere about the values we espouse,” he said. “I think that’s why trust has eroded with time, and I think people have lost trust with both parties.”

Republicans have shown support for Rasoul and his attitude towards an America under Donald Trump:

“I think it shows how oblivious they are to the message that was sent by the voters on Election Day,” state Republican Party chairman John Whitbeck said. “If they don’t listen to people like Sam they’re going to have a miserable few years under President Trump.”

Well, the word “radical” has officially been overused. What is the definition of “radical empathy”?

It is empathy that runs against the grain of their narrative and agenda. It’s caring about people who may not share that agenda. It reveals that this guy doesn’t really get it. To him, such empathy remains radical. He’s a young turk looking to move up in a shattered party. Happy talk, to be dropped the instant his party regains a foothold.

Even if—arguendo—his talk is serious and sincere, he’s still an enemy.

Perhaps an enemy who’s finally facing in the right direction … but still an enemy.

No, shame on you for trying to use Leftist shaming tactics.

We are nicely telling you “this is a trap, don’t fall for it”. We are speaking from experience, and worry you are being naive. Or worse, simply trying to score Virtue Points for being “civil and respectable” to the people that want to put us in Indoc Centers.

So why are you running interference for the Left?

“Happy talk, to be dropped the instant his party regains a foothold.”

Yup. In my 30 years of experience, the only time the Left calls for civility is when they are on their heels. Soon as they catch their breath they start spitting in your face all over again.

Wasn’t Hillary’s margin of victory in Virginia less than the number of newly voting felons? Not so much “last minute” as “stacked in her favor”.

The reconstitution of institutional and personal racism, sexism, etc. under [class] diversity is a real and progressive problem.