Huckabee: No, I have not been appointed Ambassador to Israel

Huckabee: No, I have not been appointed Ambassador to Israel 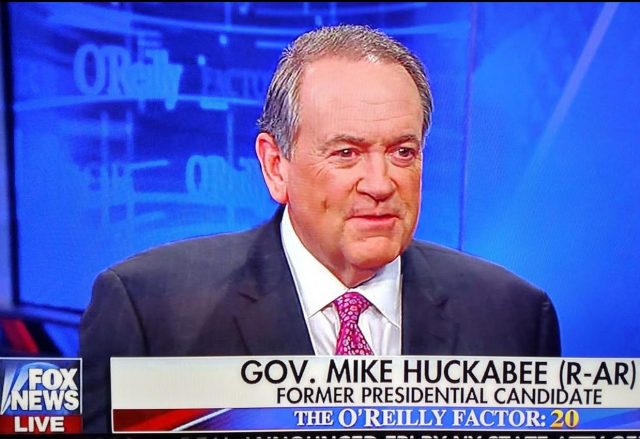 There was tons of speculation today that Mike Huckabee had been offered the position of Ambassador to Israel.

It was stoked when The Daily Mail ran the story: 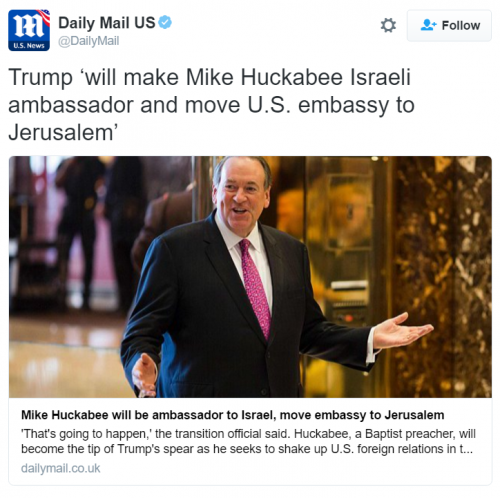 That struck me as unlikely, because the position of Ambassador normally would be announced later in the process. It’s not cabinet level, and not even a senior administrative position (though it is a very important position).

It just didn’t smell right, so we didn’t run it, even though the rest of the world did.

Nonetheless, we can’t expect a completely conventional process from Trump — he wasn’t conventional in the campaign. So I watched and waited.

Huckabee is so pro-Israel, that it had many Israel supporters cheering even the possibility. Huckabee as Ambassador would have been a huge signal that Trump planned to follow up on the promise to move the U.S. Embassy to Jerusalem and recognize it as Israel’s capital.

And it had anti-Israel activists, like Rebecca Vilkomerson of Jewish Voice for Peace (which isn’t Jewish, and isn’t for peace) besides themselves. Maybe it’s wrong of me, but I took great joy. 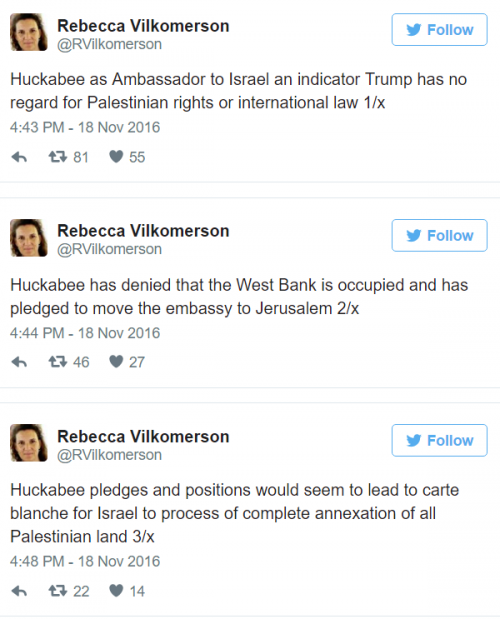 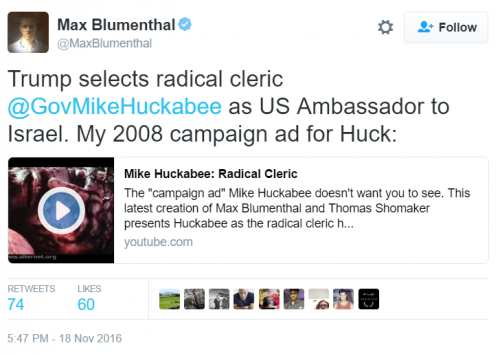 I was looking for much more of this pure joy, but that came to an end when Huckabee tweeted that the rumors were not true: 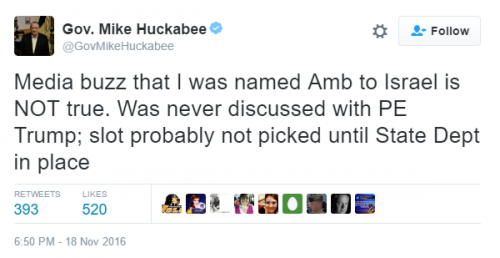 So, no Ambassador to Israel Huckabee.

It would be an absolute shame for Trump to waste the talents of either Bolton or Hucksbee !! ABJ