The judges said the redistricting “constitutes an unconstitutional political gerrymander.” 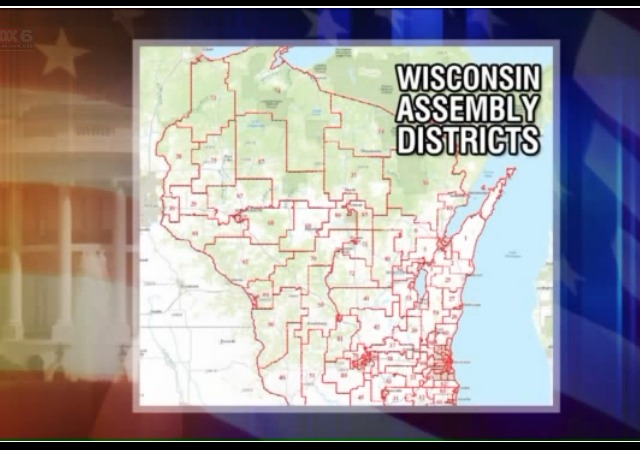 The judges said GOP leaders had drawn districts for the Legislature after the last census with the aim of preserving their majority for a decade almost regardless of what voters had to say. Republicans had control of the both houses of the state Legislature, and Gov. Scott Walker signed their election map into law.

“We conclude that the evidence establishes that one of the purposes (of the state map) was to secure Republican control of the Assembly under any likely future electoral scenario for the remainder of the decade, in other words to entrench the Republican Party in power,” wrote Judge Kenneth Ripple.

The judges said the redistricting “constitutes an unconstitutional political gerrymander.”

The Supreme Court automatically receives cases about redistricting. However, if the top court ends in a tie the lower court’s ruling will stand. The court has not yet decided what “constitutes unconstitutional gerrymandering,” but no doubt this case will get the ball rolling:

Some experts said the efficiency gap gives gerrymandering opponents their most promising chance yet to persuade a majority of the Supreme Court to limit partisan redistricting.

“It does almost exactly what Justice Kennedy said he was looking for back in the ’80s, a clear threshold for deciding what is acceptable,” said Barry C. Burden, the director of the Elections Research Center at the University of Wisconsin-Madison.

Twelve Democrat voters sued the state, claiming that “GOP consultants had used software programs to draw an electoral map that ensured Republicans would win a majority of the seats, regardless of how the state’s voters split.”

The judges did not tell officials how they must redraw the lines, but gave them “45 days to come up with a proposed solution to the district lines.”

“This 2-1 decision does not affect the results of this month’s election or any prior election and legislative district boundaries remain unchanged until the court rules on any remedy,” Schimel said in a statement released by his office.

So, some partisan hack in the throes of black robe fever says Democrats have a constitutional right not to lose.

This is the reason reid went nuclear. It was for obama to pack the courts.
It’s also the reason McConnell needs to go nuclear.