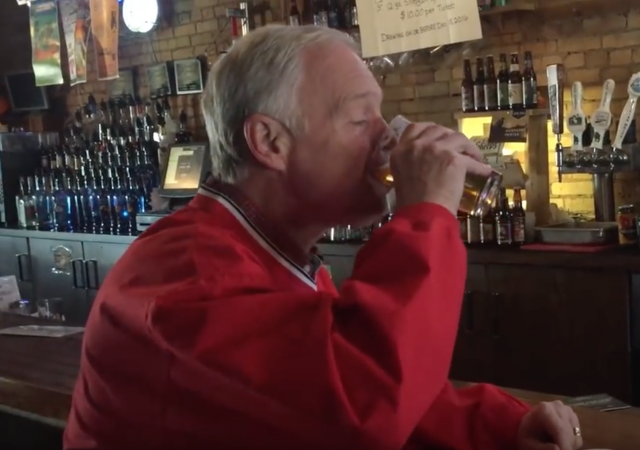 His quick five-second chug, complimented by the bartender, followed his endorsement by the Tavern League of Wisconsin, a non-partisan trade association with 5,000 members.

The endorsement of the long-time businessman and one-term senator was remarkable because the Tavern owners backed Johnson’s Democratic opponent, former Sen. Russ Feingold, in their last matchup.