Ron Reagan: ‘There’s No Such Thing as Partial-Birth Abortion’

Ron Reagan: ‘There’s No Such Thing as Partial-Birth Abortion’ 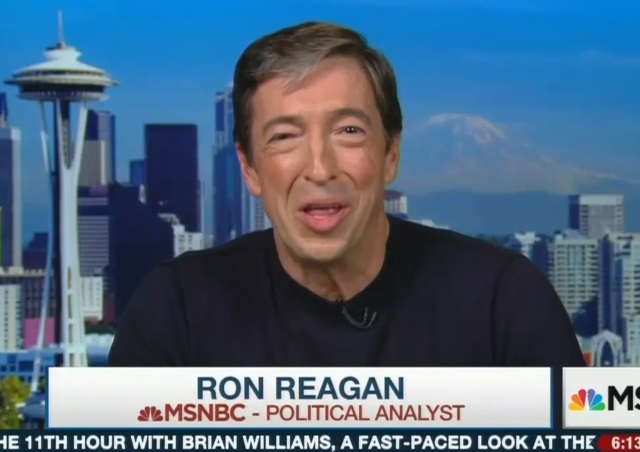 Message to Ron Reagan: when it comes to this barbaric procedure, it’s not about the nomenclature . . . On this evening’s Hardball, Ron Reagan claimed that “there’s no such thing as partial-birth abortion. Doesn’t exist.” Reagan criticized third-debate moderator Chris Wallace for having used the term.

Would Reagan’s exquisite sensitivities be assuaged if Wallace had used the technical term: intact dilation and extraction? The bottom line is the same: Hillary Clinton supports it and Donald Trump opposes it.

Note: Chris Matthews was supportive of Reagan, saying of the reasons for the procedure “they’re not picking hair color.” Would Hillary Clinton oppose it if they were?

RON REAGAN: The third debate. Think of the third debate, when Chris Wallace got around to asking about abortion. And how did he characterize it? Late-term abortions and “partial-birth abortions.” There’s no such thing as partial-birth abortion. Doesn’t exist. 1.3% of abortions take place in the third trimester. Almost all of them, because there is a serious health problem for the mother or the child or both. And that’s the reality of that, and yet nobody, even Hillary Clinton, did not correct Chris Wallace when he said that.

Of course it exists! What do think is responsible for your twisted brain?