Claims of “rigging” and “stealing” presidential elections are common, and often from Dems

Claims of “rigging” and “stealing” presidential elections are common, and often from Dems 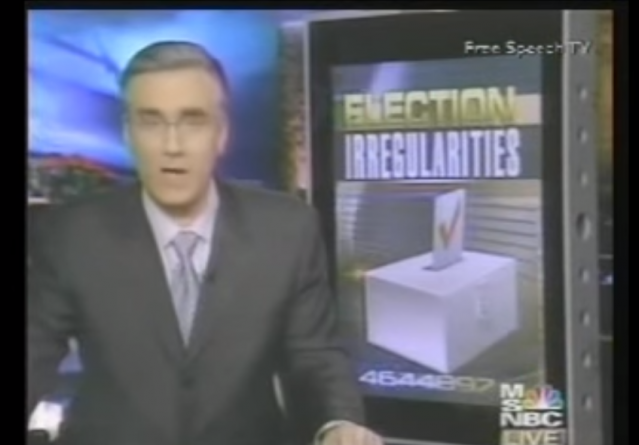 Donald Trump is claiming in his recent speeches that the election is “rigged.”

Regardless, the claim of “rigging” is being treated as one of the worst threats to our democracy ever!

The two most dangerous accusations that can be made in an election in one tweet. Trump is literally threatening American democracy. https://t.co/CbRbmxtene

I did some searching, and it seems that presidential election fraud claims were made against George W. Bush in 2000 (mostly related to the Florida recount) and 2004.

Were those claims a threat to democracy?

That doesn’t excuse Trump making false accusations of physical rigging (if that’s what he means by “rigged”), but don’t act like claims of rigging are something new.

Oh, and threatening to prosecute one of the major party nominees?

Remember when @NLGnews wanted to prosecute Bush during 2004 campaign? https://t.co/ok3yb236t5

Every one of our guests from the deep, deep South (illegal aliens) will come out in force to do their civic duty bestowed upon them by the government of the United States of America. They are all registered to vote despite it being a violation of Federal Law. The States are doing the Feds dirty work in paving the way for this. That is what rigged means. Open your eyes people.