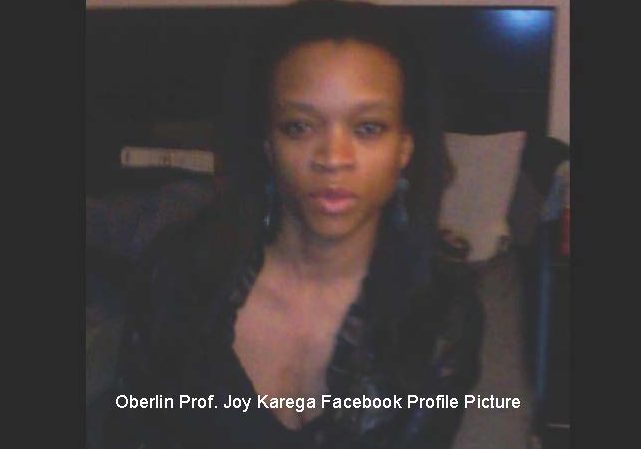 You may remember Joy Karega, the Oberlin College Social Justice Writing professor (yes, there is such a position) who, when not helping organize anti-Israel BDS events with Students for a Free Palestine, posted bizarre Jewish conspiracy theories on Facebook.

Like this image of how the Rothschild family controls the world: 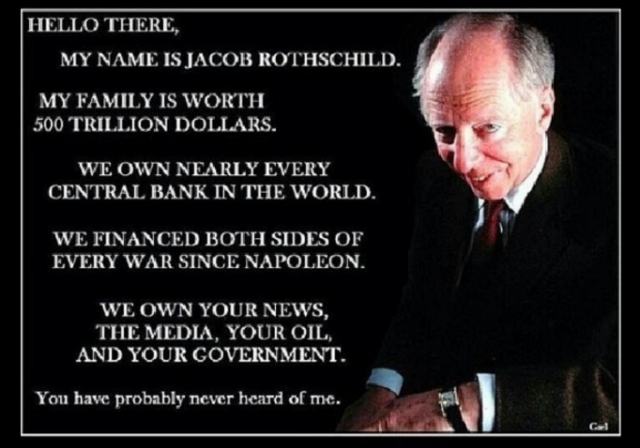 And other posts blaming Israel for … well … just about everything including ISIS and false flag attacks in Europe. 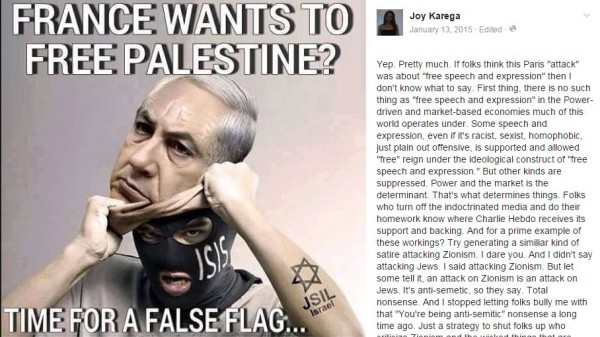 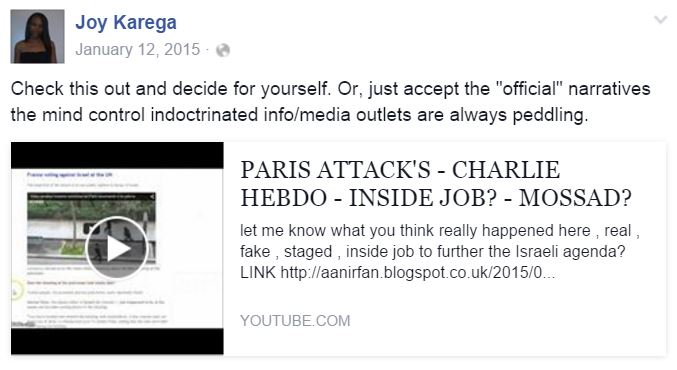 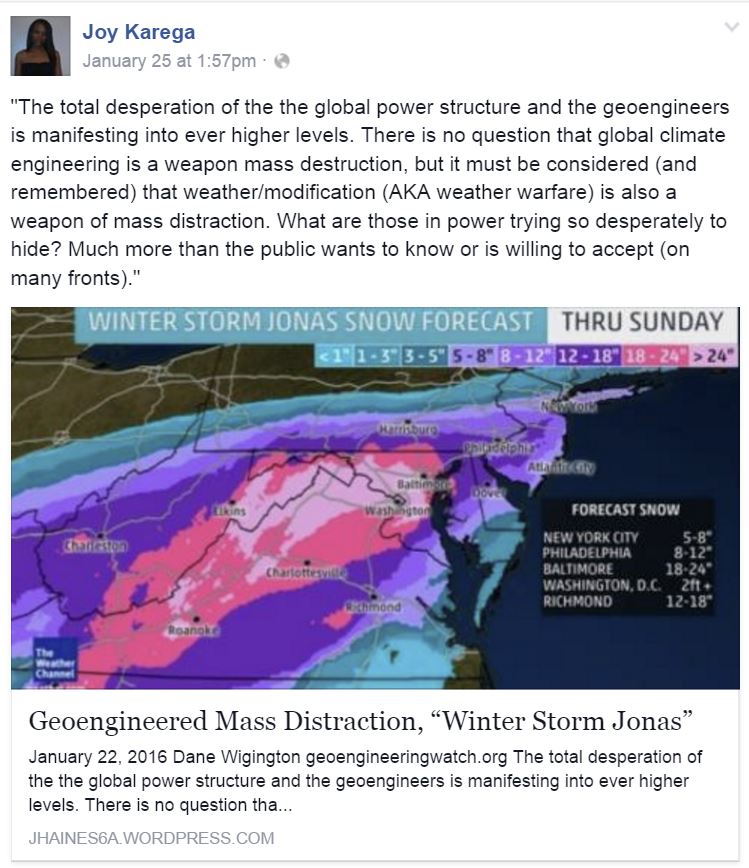 After her rants were exposed in The Tower Magazine, Oberlin was on the defensive after a long-series of anti-Semitic problems on campus centered around an out-of-control vicious anti-Israel movement.

The administration condemned the comments to some extent, the Trustees issued a strong condemnation, and a majority of professors signed a statement against her, though she has a core of faculty and student support.

Now she’s been placed on paid-leave for the fall semester.

Here is a statement released by the college:

For the past several months, Oberlin College has been considering carefully the grave issues surrounding the anti-Semitic postings on social media by Oberlin faculty member Dr. Joy Karega.

In March, in consultation with President Marvin Krislov, the Trustees of Oberlin College asked the administration and faculty to “challenge the assertion that there is any justification for these repugnant postings.”  The College initiated its faculty governance process to review Dr. Karega’s professional fitness in light of these postings.

The faculty governance process that began thereafter is ongoing, and the Oberlin administration will continue to respect this process as it plays out.  Until that process is complete, Dr. Karega has been placed on paid leave and will not teach at Oberlin.

In recognition of the sensitivity of this review process and the privacy of the individuals involved, we will have no other comment until the conclusion of the process.

Does Karega care? Apparently not: 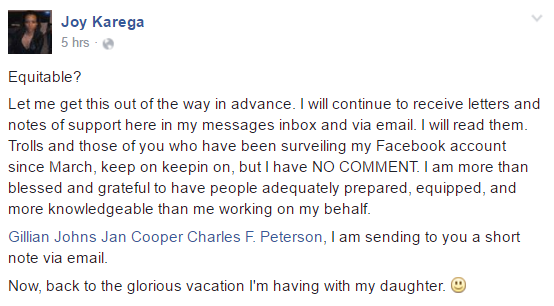 I wonder if Karega will become an academic freedom hero like controversial hate-tweeting Professor Steven Salaita.

I suspect not, because while she’s pro-BDS, she’s not part of the BDS leadership like Salaita was, and therefore hasn’t made movement connections necessary to rally the troops. Also, to date, BDS has been very quiet about her.

Karega is the logical end result of the academic BDS movement. That’s an uncomfortable realization for a movement which, while singling out Jews with standards applied to no one else in the world, tries to portray itself as merely anti-Zionist.

Joy Karega puts the lie to the BDS movement. For that reason, she’s toxic to BDS and likely will be abandoned.

Now, back to the glorious vacation I’m having with my daughter. 🙂

A 4-month paid vacation…..what a martyr for “the cause”!!

Sounds like she is the winner in this, after all…..

And, should the leftist bastion decide to terminate her from Oberlin, I’m sure there are MANY universities and social-justice-activist orgs drooling over her coming to work for them……

You can be sure this moron is comfortable with Clinton owning and/or running everything.

What an malignant ignoramus. Not good for much, other than being an Obama White House correspondent.

Footnote: Her Ph.D. is from the University of Louisville.

What do I need to do to get put on paid leave for a few months? 🙂

If you’re a Caucasian male, you can, by means of your imagination. Otherwise, 1) practice making outrageous statements about the perpetually accused, 2) if appropriate, practice apologizes for these, 3) claim __________ (fill in the blank) made you do it [In other words, play up being victimized by forces with which you couldn’t contend. Don’t over do it though, or they might think your possessed and that might get you a paid leave to a place you’d rather not be.]

Grow a spine, Oberlin. She is unfit to teach.