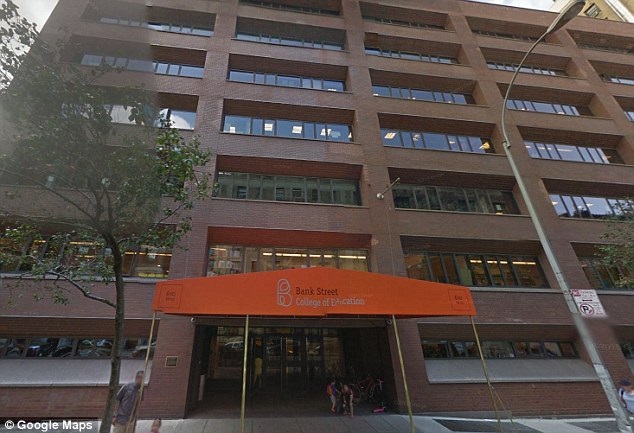 This “privilege” train has officially gone off the rails.  It’s one thing for adults to argue that all white people are secretly, even unknowingly, racist and quite another to teach—systematically and purposefully—self-loathing and racist hate to 6-year-olds.  Yet that is what is happening at the progressive Bank School for Children on the Upper West Side of New York City.

An elite Manhattan school is teaching white students as young as 6 that they’re born racist and should feel guilty benefiting from “white privilege,” while heaping praise and cupcakes on their black peers.

Administrators at the Bank Street School for Children on the Upper West Side claim it’s a novel approach to fighting discrimination, and that several other private New York schools are doing it, but even liberal parents aren’t buying it.

They complain the K-8 school of 430 kids is separating whites in classes where they’re made to feel awful about their “whiteness,” and all the “kids of color” in other rooms where they’re taught to feel proud about their race and are rewarded with treats and other privileges.

“Ever since Ferguson, the school has been increasing anti-white propaganda in its curriculum,” said a parent who requested anonymity because he has children currently enrolled in the school.

According to the New York Post, students are segregated by race, with whites being taught they are awful human beings and minority children being taught to take pride in themselves.

Bank Street has created a “dedicated space” in the school for “kids of color,” where they’re “embraced” by minority instructors and encouraged to “voice their feelings” and “share experiences about being a kid of color,” according to school presentation slides obtained by The Post.

Meanwhile, white kids are herded into separate classrooms and taught to raise their “awareness of the prevalence of Whiteness and privilege,” challenge “notions of colorblindness (and) assumptions of ‘normal,’ ‘good,’ and ‘American’” and “understand and own European ancestry and see the tie to privilege.”

The Daily Mail has more:

The extreme program is run by Bank Street’s director of diversity, Anshu Wahi, who said that even babies display signs of racism and encourages parents to make children as young as kindergarten age to talk about race, according to The Post.

She added that the answer to racism is for white kids to see the ‘race in everything’ and that the program merely empowers children of color who may otherwise feel ‘alienated’ and ‘devalued in a ‘dominant white culture’.

Segregating the children of color, she says,  gives them a  ‘safe place’ where they can share their ‘ouch moments.’

There have also been concerns over the school screening of Black Panthers: Vanguard of the Revolution, which depicts Panthers founder Huey Newton as a martyr.

Under Bank Street’s “Racial Justice and Advocacy” curriculum, parents say, teachers push white kids to grapple with America’s history of racism. Then they indoctrinate them into thinking “systemic racism” still exists, and that they’re part of the problem and must hold themselves accountable even for acts of racism committed by others.

“One hundred percent of the curriculum is what whites have done to other races,” said another Bank Street parent. “They offer nothing that would balance the story.”

Added the parent, who also asked to go unnamed: “Any questions they can’t answer they rationalize under the pretense of ‘institutional racism,’ which is never really defined.”

The program, these parents say, deliberately instills in white children a strong sense of guilt about their race. Some kids come home in tears, saying, “I’m a bad person.”

[Featured image via the Daily Mail]

As I have said countless times before, isn’t it amazing how quickly the persecuted become the persecutors.

Why don’t these Manhattan elites get a teaching nanny in – pay them the tuition rate (or somewhat less, if they are live-in) and get a REAL education?! Or, if maybe even….HOMESCHOOL them!!

I have to think that if they can afford this exorbitant tuition, they can afford a private tutor/governess/educating nanny!! And if she lives in……convenient and so much more!

They’ll keep the kids in school, because of their liberal bona-fides. But when they see their kids aren’t learning to read, write, and compute, they will get them after school tutoring. Well, the whites, Chinese (altho the Chinese try to avoid this kind of stuff, they want a ‘real’ school), and Indians will. Don’t know about the rest.

Have they installed separate water fountains yet?

Only Blacks are born without Original Sin, because they’re not human, apparently.

I have very little sympathy for these people. They are getting exactly what they paid for.