Judicial Watch gets to probe “creation and operation of clintonmail.com” in FOIA case

Judicial Watch gets to probe “creation and operation of clintonmail.com” in FOIA case 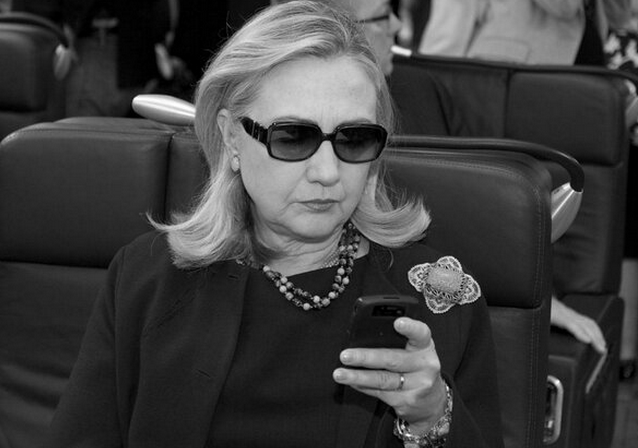 Judicial Watch has been fighting a years-long battle to obtain records under the Freedom of Information Act (FOIA) regarding Huma Abedin’s non-State Department employment arrangement.

In the course of that fight, issues regarding Hillary Clinton’s handling of email and her email server have become central. Judicial Watch has won many key procedural fights, the latest of which was the Court ruling that Judicial Watch could take discovery as to State Department practices with regard to obtaining Hillary’s emails.

The two sides have submitted their positions to the Court, but the Court may not need to rule because an agreement was just reached (full embed at bottom of post).

The agreement, in the form of a Joint Proposed Order, gives Judicial Watch what it was seeking, but puts off limits discovery regarding Hillary’s handling of classified information and the FBI investigation, which Judicial Watch was not seeking in any event.

Here is the key paragraph:

1. The scope of permissible discovery shall be as follows: the creation and operation of clintonemail.com for State Department business, as well as the State Department’s approach and practice for processing FOIA requests that potentially implicated former Secretary Clinton’s and Ms. Abedin’s emails and State’s processing of the FOIA request that is the subject of this action. Plaintiff is not entitled to discovery on matters unrelated to whether State conducted an adequate search in response to Plaintiff’s FOIA request, including without limitation: the substantive information sought by Plaintiff in its FOIA request in this case, which involves the employment status of a single employee; the storage, handling, transmission, or protection of classified information, including cybersecurity issues; and any pending FBI or law enforcement investigations.

The Proposed Order, if signed by the Judge, also would require the State Department to answer written interrogatories, and would allow Judicial Watch to ask the Court for additional discovery later on. Would that include a deposition of Hillary? Wait and see.

Looks like the substantive issue of Abedin’s outside employment is now off the table, as it is explicitly listed as an item not subject to discovery. Maybe JW didn’t really care and that piece of their FOIA request amounted to a sacrificial pawn, but I hate that such potential corruption may never get sanitized by the light of day.
Still, I’m hopeful the scope of permitted discovery will be sufficient to expose the calculated and overt attempt to avoid compliance with (i.e., break) the law.

That wasnt a part of the discovery motion in the first place. The judge said to come up with a narrowly defined scope to discovery of the email practices and server.

To ask directly about her employment is outside the scope of discovery regarding email usage and setup.

I don’t quite grasp it all.
Could you translate the ruling to English?
Thanks,
Mark

I want them to ask:

You say your email server did violate any regulations or laws. Why didn’t you ask the State Dept. IT for permission to use your private email server?

How was the link from the SoS email address to Hillary’s clintonemail.com email established?

I’d like JW to ask that, too. And I’m sure eventually they will.

JW is handling this investigation very carefully, one thoroughly-documented step at a time, which is understandable given the stakes and individuals involved. They can’t ask these questions yet, because the paper-trail leading to them hasn’t yet gotten that far.

This discovery is another step on that path. We think we know where it ends, but in order to prove wrong-doing they have to proceed slowly and disprove everything else along the way. Frustrating, yes, but necessary.