Freedom from Boko Haram for some of the kidnapped girls

Freedom from Boko Haram for some of the kidnapped girls

But it’s not nearly that simple 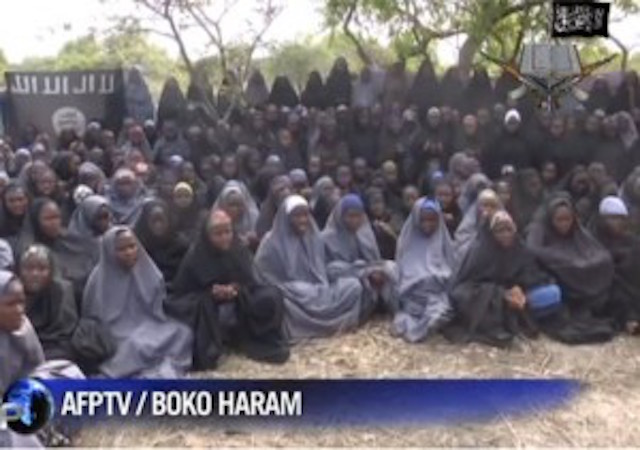 These are young women and in many cases young girls who were initially subjected to the trauma of kidnapping. Then they were raped over and over again, sometimes by different men or sometimes by a particular man who maintained he was that girl’s husband. They were kept prisoner, harangued, indoctrinated, and often became pregnant and bore the children of their captors.

For them, even the process of being freed was devastating, violent, and sometimes resulted in the death of some of the captives during the melee. And now that they are free, they are further restricted—to special camps run by the Nigerian army—and ostracized from society.

Perhaps worst of all, their present treatment makes a certain amount of sense, because they had been brainwashed into Boko Haram’s ways at an early age and there is the possibility that a recent uptick in the number of female suicide bombers in Nigeria may be at the hands of some of the ex-Boko-Haram hostages. So the fear is that it’s very difficult to tell who among the ex-hostages would be the enemy and who would not.

It’s a terrible story of human suffering at the hands of a malignant force (Islamicist terrorism of the Nigerian variety), and the efforts to alleviate the situation for the girls/women have been relatively futile:

Once a week, Halima and Hamsatu attend group therapy sessions in a tent that says “Safe Place for Women and Girls.”

There they are known as “the sisters” because of how close they’ve become. They gather in a circle on the floor with about a dozen other women. The counselor repeats a few lines during each meeting. Hamsatu and Halima wait quietly for them, wishing they were true.

“What has gone has gone.”

“You are secure now.”

Perhaps some day these girls/women will actually feel safe. I wouldn’t bet on it. Right now their stories seem even sadder, if possible, than those of the three women kidnapped, tortured, raped, and psychologically abused by Ariel Castro, because for the most part they don’t have loving homes or society to return to and are considered to have been shamed by their rapes, as well as feared for their potential violence.

Why don’t they have loving homes to return to? All too often their families were murdered by Boko Haram, too.

[NOTE: As if that weren’t terrible enough, here’s another story about a group of children who were held by Boko Haram and by the time they were rescued they had forgotten their native tongue, their names, and their histories.]

And some people don’t allow that there is evil in the world.

(The UN estimates are probably conservative and have been revised upwards three times).

If Nigeria gets its act together and raises its GDP/capita to the level of a Jamaica, it is a world power.

If not, wars, warlords, forced starvation, slamification, and Boko Haram. And that’s not the worst part.

The worst part is that every one of Nigeria’s neighbors is going through the same poverty/population boom cycle.

In the near future, conditions for the mother of all population migrations is ripe. Huge populations will just pick up and leave and just displace whoever was living wherever they moved to.

This could be the existential challenge of the West in the next century.

Next century? It’s happening right now in Europe, and Obama and his fellow Dims are doing their best to bring it here.

God willing a Nigerian Sparta of Amazons will emerge from this tragedy.