The rise or fall of Trump? 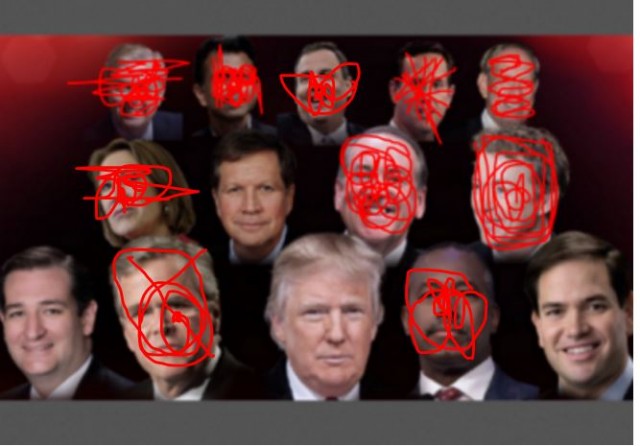 Trump ahead by double digits BUT Kasich surging and Rubio falling: 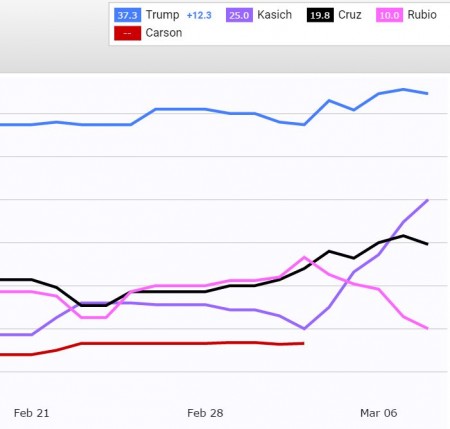 Only one recent (2/26) poll, showing Trump ahead by 11 points. Hardly enough evidence to predict an outcome.

None of the state-level polling, except for Michigan, shows momentum. There is some evidence that Trump is slipping in momentum. Not only did late / same day voters break significantly for Cruz on March 5, but WaPo/ABC News released a poll today showing Trump slipping nationally, though still leading:

Trump’s margin over Cruz has narrowed from 16 points in January to nine today. As a succession of Republican candidates quit the race, Cruz’s position has ticked up four points since January, Rubio’s has risen by 7 and Kasich’s grew by 11. Trump’s has dipped by three points, within the poll’s margin of sampling error….

Only a bare majority (51 percent) of Republicans or Republican-leaning independents say they would be satisfied with the New York billionaire as their nominee, a noticeably smaller percentage than for Cruz (65 percent) or Rubio (62 percent), with Kasich in between at 56 percent.

Favorable ratings also indicate an increasingly tenuous standing within the party. In early January, Republicans clearly gave Trump more favorable than unfavorable reviews, 60 percent to 39 percent. That has narrowed to a 53-46 margin, with negative marks at their highest level in Post-ABC polling since Trump entered the race. His positive ratings also trail Cruz’s 64 percent and Rubio’s 63 percent. 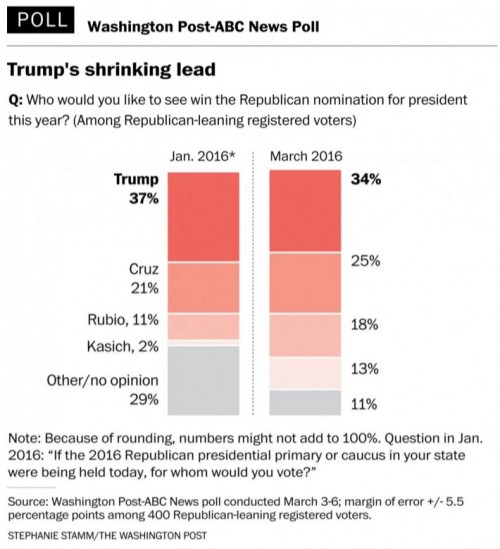 The WaPo-ABC News poll also found Cruz beating Trump head-to-head, which should feed Cruz’s narrative that he is the best person to challenge Trump:

In a hypothetical head-to-head test of strength between Trump and Cruz, Republicans say they prefer the senator by 54 to 41 percent. Rubio is a narrower favorite in a one-on-one test against Trump, with an edge of 51 to 45 percent. The survey did not test a Trump-Kasich face-off.

Say it again: If a majority of voters vote non-Trump & he falls short of a delegate majority, nothing can be stolen. https://t.co/P5w8iLwtEk