What effect will Scalia’s death have on the Court’s decision? 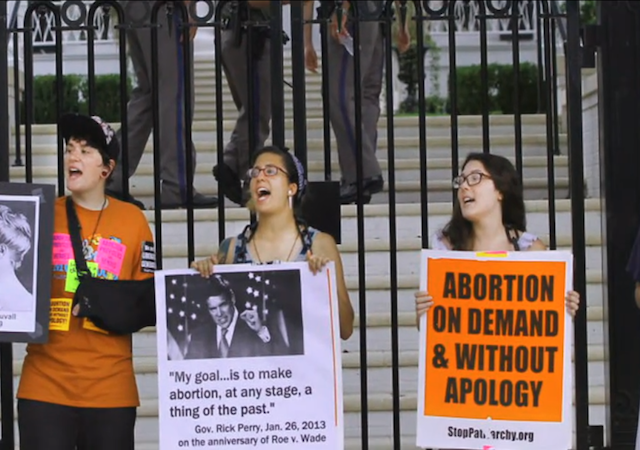 The Supreme Court of the United States has resumed hearing oral arguments since the death of conservative stalwart Justice Antonin Scalia. His seat remains empty, leaving the Court’s already-tenuous balance even shakier as they address one of the most important abortion cases during recent years.

Wednesday, the Court heard oral arguments in Whole Woman’s Health v. Hellerstedt, the case challenging HB 2, the Texas abortion law made famous when then-State Senator Wendy Davis filibustered it in 2013 in pink sneakers. Davis’ filibuster was a short-lived victory, as the law was passed days later in a special session, and her sneakers ended up at a garage sale. (Full transcript of the oral arguments posted here.) 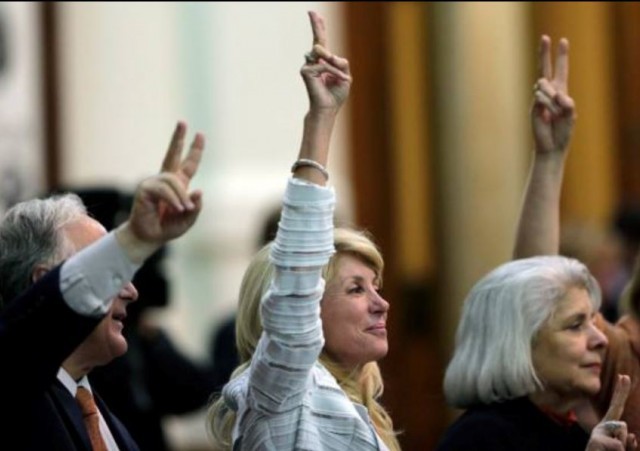 HB 2 had two main effects: to outlaw late term abortions, and an increase in the safety regulations, such as requiring abortion clinics to meet the same standards as ambulatory surgery centers and requiring abortion doctors to have admitting privileges at nearby hospitals. Several abortion clinics filed multiple lawsuits challenging the law. The late term abortion provision was previously upheld, and this is the latest to reach the Supreme Court after the Fifth Circuit Court of Appeals upheld the safety regulations part of the law.

Past case precedent from Planned Parenthood v. Casey says that government laws that restrict abortion cannot be an “undue burden.” The State of Texas says that it has an interest in protecting the health of Texas women, and making sure that abortion providers meet a high standard of care. The abortion clinics challenging the law argued that HB 2 would result in the closure of many of Texas’ abortion clinics, claiming that the state’s justification of protecting women’s health is just a ruse to shut down clinics and reduce access to abortion services. Amy Howe at SCOTUSblog has a helpful description of the issues before the Court:

There are two main points of contention now before the Court. The first arises from the state’s insistence that the law was intended to protect women’s health. The lower court, the clinics contend, should not have deferred to the state’s justification for the law, without looking independently to see whether it actually does protect women. The state answers that it is enough for it to have a “rational basis” for the new law; courts don’t need to go any further to decide, for example, which competing medical opinion is correct, because states have “‘wide discretion’ to pass medical regulations.”

According to the state, the only relevant question – and this is the second point of contention – is whether the new law imposes an “undue burden” on Texas women seeking abortions. While the state emphasizes the number of clinics that will remain open and their proximity to major metropolitan areas in Texas, the clinics urge the Court to look at the broader impact of the closures: the clinics that stay open, they say, simply won’t be able to meet the demand for their services. Indeed, they note, would-be patients currently have to wait three weeks for a first appointment at some clinics, and that will only get worse if more clinics go out of business. The net effect of the new restrictions, they warn, would for many women be the same as a complete ban on abortion: they “would delay or prevent thousands of women from obtaining abortions and lead some to resort to unsafe or illegal methods of ending an unwanted pregnancy.”

When legislators around the country started investigating abortion clinics in their own states, they found a disturbing lack of inspections and safeguards that many feared could lead to future tragedies like Gosnell’s clinic. The 2009 death of a woman undergoing an abortion by Gosnell had not originally been added to his file with the Pennsylvania Department of Health or triggered any investigations.

Abortions “go wrong by the thousands”

As National Review’s David French noted, abortions “go wrong by the thousands” and frequently involve surgical procedures — over 75% of the time. The Association of American Physicians and Surgeons submitted an amicus brief in support of the Texas law, pointing out that surgical abortion complications include infections, uterine perforation, and excessive bleeding, the kind of risks that are targeted “precisely” by regulations on ambulatory surgical centers. Writes French:

[T]he abortion lobby deployed as one of its key arguments the assertion that its industry simply can’t provide the highest standard of care while making ends meet. If abortion clinics can’t be substandard, the logic goes, then they will close and women will be deprived of their alleged constitutional right to have a doctor kill their child as cheaply and conveniently as possible…

Regardless of the outcome, it is remarkable indeed that an abortion movement that prides itself on “women’s health” is arguing that abortion quite simply can’t or won’t be widely available unless the court requires lax regulation of “clinics.” Abortion is a volume business, after all, and when hundreds of thousands of babies have to die, proper care and high-quality facilities eat into profit margins.

For years, the Court has issued decisions in many contentious cases with 5-4 votes, with Justice Anthony M. Kennedy providing the swing vote. After Scalia’s passing, the Court can still conduct its business with the eight remaining Justices.

In the case of a 4-4 tie, the lower court’s decision would be upheld. In the Whole Women’s Health case, the lower court had upheld the Texas law, so a tie vote at the Supreme Court would affirm that decision.

However, there are signs that the entire matter might end up punted down the road. Kennedy’s questions during oral arguments about how many clinics would be likely to close and whether the remaining clinics would be able to handle the additional capacity touched on some factual issues that are not yet determined. Kennedy suggested that the case could be sent back to the lower court in order for the attorneys on both sides to present evidence on this issue.

Neither side has given any indication they are willing to settle the matter or otherwise give up the litigation, and have adequate funding support to continue the courtroom battles. Sending the case back down the appellate ladder would likely add enough time so that the case would not make it back to the Supreme Court until after a replacement for Scalia had been appointed, which Senate Republicans have vowed to delay until after the upcoming Presidential election.

After seeing all the wacko’s and snowflakes on campus, how can a person be against abortion? skm

Abortionists (e.g. reactive parenthood) and cannibals (e.g. Planned Parenthood) are not concerned for wholly innocent human life. That is a given.

However, their denial of corrupting women’s bodies and minds is progressing a dodo dynasty — thereby a need for mass immigration — and widespread psychopathy in women and men who participate in abortion rites and cannibalistic trials under the state-established pro-choice cult.

This isn’t about preserving the rights of women in Texas to get abortions. If it were, they would have spent the money they’ve spent fighting this on upgrading their facilities to meet the standards that any clinic that performs outpatient procedures had to meet. It would have been cheaper than what they’ve spent on lawyers so far, would have improved the safety of their patents, and they could even have turned it into a PR win at the same time.

Something like “we agree, the health and safety of our patients is our most important priority, and every one of our clinics will be certified by the Joint Commission”

Instead, they’ve chosen to make this a “woman’s right to choose” fight. Even if they win this one, they lose, as even if they win, it pushes their opposition to work even harder.

Maybe the fight fires up their base, but they could have one this one easier by giving way.