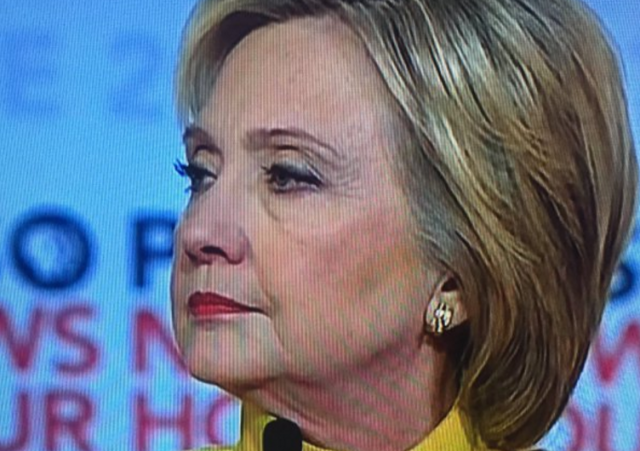 In late February we reported that the court in the FOIA case seeking State Department records as to Huma Abedin granted Judicial Watch’s motion for discovery, and required Judicial Watch to submit a discovery plan:

In a ruling sure to keep the Hillary Clinton email scandal alive through the summer, if not longer,  a federal just has granted Judicial Watch the right to take discovery as to whether Hillary’s home server was part of an effort to evade the Freedom of Information (FOIA) law by shifting federal records off-site and into the sole control of Hillary, her attorney’s and consultants….

Given the difficulty of obtaining records, particularly in light of the destruction of at least some records maintained on Hillary’s home server, led Judicial Watch to seek discovery, including depositions of key officials. Such discovery is not routine in FOIA cases, and good cause needs to be shown to obtain discovery….

Judicial Watch submitted its discovery plan, to take place over the course of 8 weeks, as reported on its website. Judicial Watch seeks testimony from:

Stephen D. Mull (Executive Secretary of the State Department from June 2009 to October 2012 and suggested that Mrs. Clinton be issued a State Department BlackBerry, which would protect her identity and would also be subject to FOIA requests);

Lewis A. Lukens (Executive Director of the Executive Secretariat from 2008 to 2011 and emailed with Patrick Kennedy and Cheryl Smith about setting up a computer for Mrs. Clinton to check her clintonemail.com email account);

Patrick F. Kennedy (Under Secretary for Management since 2007 and the Secretary’s principal advisor on management issues, including technology and information services);

Donald R. Reid (Senior Coordinator for Security Infrastructure, Bureau of Diplomatic Security since 2003 and was involved in early discussions about Mrs. Clinton using her BlackBerry and other devices to conduct official State Department business);

30(b)(6) deposition(s) of Defendant [designated witness(es) for the State Department] regarding the processing of FOIA requests, including Plaintiff’s FOIA request, for emails of Mrs. Clinton and Ms. Abedin both during Mrs. Clinton’s tenure as Secretary of State and after;

Cheryl D. Mills (Mrs. Clinton’s Chief of Staff throughout her four years as Secretary of State);

Huma Abedin (Mrs. Clinton’s Deputy Chief of Staff and a senior advisor to Mrs. Clinton throughout her four years as Secretary of State and also had an email account on clintonemail.com); and

Bryan Pagliano (State Department Schedule C employee who has been reported to have serviced and maintained the server that hosted the “clintonemail.com” system during Mrs. Clinton’s tenure as Secretary of State four years as secretary).

Judicial Watch also seeks court approval of written questions requiring answers under oath by the State Department, and other depositions of record keepers.

Critically, Judicial watch put the parties and the court on notice that it may seek Hillary’s deposition later one:

Based on information learned during discovery, the deposition of Mrs. Clinton may be necessary. If [Judicial Watch] believes Mrs. Clinton’s testimony is required, it will request permission from the Court at the appropriate time.

It makes sense for Judicial Watch to learn as much as it can from as many witnesses as it can before seeking Hillary’s deposition.

Procedurally, the court will recognize the political implications and will want to assure itself that there is a good reason to take sworn testimony from a leading presidential candidate.

Substantively, for Judicial Watch to make a Hillary deposition most productive, it will want to know what others know beforehand, given the Clintonian nature of Hillary’s answer’s to everything. Questions will need to be precise, and leave nothing for interpretation, not even what the meaning of “is” is.

A court ruling is expected on or about April 15. What this all means is that the Hillary email and server dispute will continue to meander through the federal court for at least 2-3 months. And if Hillary does testify, it likely will be as the general election is kicking off over the summer.

This is how you run an investigation. Not the way they’ve been doing it in congress.

You mean, how the GOPe does it.

The difference is merely that a judge can have someone arrested for refusing to testify; a House committee can’t.

The Dowager Empress of Chappaqua does not answer questions from mortals

And, if in doubt, said above mentioned Empress, Dowager one each, will test the mortality issue.

It wouldn’t be hard. She didn’t do too well before Congress, remember? – And it was a Boehner poodle who did the questioning.

That won’t happen in a Judicial Watch depo.

Bubba committed perjury during a deposition and it almost did him in. Shrillary had better be careful. I predict her lawyers will try to run out the clock until election day.