Is this the next big police shooting controversy?

Is this the next big police shooting controversy? 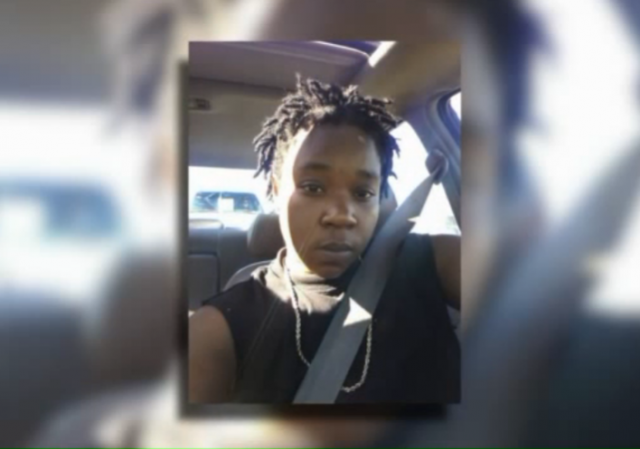 A 25-year-old black woman who appeared to be brandishing a handgun was shot and killed by police in Virginia; it was later discovered that, like Tamir Rice, she held a non-firing replica (see below).

A 25-year-old black woman was shot and killed by police officers in Virginia on Saturday after threatening them with what turned out to be a fake handgun, police said.

Investigators with the Norfolk Police Department’s Vice and Narcotics Division were conducting a surveillance operation when they came across a fight in a parking lot, police said.

The officers saw a woman involved in the altercation brandish what they believed was a handgun and threaten an unarmed man. The officers approached India M. Beaty, who refused to comply with their demands and made a threatening motion with the handgun before the officers fatally shot her, the department said.

An investigation determined that the handgun was a non-firing replica. 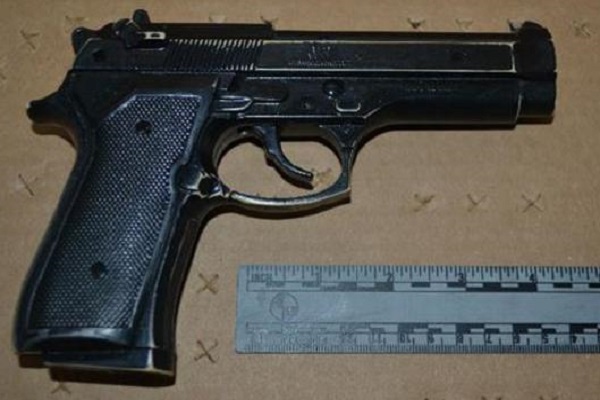 According to local reports, the woman was involved in an altercation with a man and was pointing the replica weapon at him.  When the police approached, they gave verbal commands with which she chose not to comply, and she then pointed the gun in the direction of the police.

Corporal Melinda Wray with the Norfolk Police Department said the officers opened fire on the woman, later identified as India M. Beaty of Norfolk, after she pointed a gun at them. Police later found that the gun was fake.

The incident happened shortly before 1:20 a.m. in the 9500 block of Shore Drive. Members of the Norfolk Police Department’s Vice and Narcotics Division were conducting a surveillance operation nearby when they observed a man and a woman arguing.

Police said a woman who was involved in the fight produced a handgun and threatened the man, who was unarmed. The officers got out of their vehicles and “provided verbal commands.”

They said Beaty refused to comply with their orders and made a threatening motion with the handgun. The officers then fired their weapons, striking Beaty.

Wray said the officers immediately began to provide first-aid and.

Medics were called, but Beaty died there.

Watch the report, including Beaty’s father’s insistence on an investigation to ensure this was a lawful shooting:

The police chief responded to the scene and later issued a statement.

Wray said Norfolk Police Chief Michael Goldsmith and his command staff immediately responded to the scene of the shooting.

Goldsmith said in a statement: “Any loss of life is tragic. This morning’s events affect not only my officers and Ms. Beaty’s family members, but our entire community. My thoughts and prayers go out to Ms. Beaty’s loved ones, and we appreciate the public’s patience as we continue this investigation.”

Wray said the officers were in plain clothes, and not uniforms, but they were wearing bullet-proof vests clearly labeled “POLICE.”

The officers involved were not wearing body cameras.

Beaty was the mother of four children. Her brother, McKinley Beaty, Jr. was shot and killed by two men outside a KFC restaurant in Duplin County, N.C. in 2014.

This is the third fatal officer-involved shooting in Norfolk this year, and the second within two weeks. There were none in 2015.

Beaty’s mother tells reporters that she does not believe the police reports.

Beaty’s mother, Sharon Overton, spoke to 10 On Your Side, and to her, it doesn’t sound like something her daughter would do.

Beaty’s mother has questions that she is trying to wrap her mind around about the investigation and the daughter she knew.

“What we were told is that she was out brandishing a gun and that the police confronted her and asked her where did you get this weapon from? What happened, what transpired from then to her being shot,” Overton questions.

“My daughter was not a bad person. We have so many people that knew her. So many people knew she was a good person,” Overton said.

Will this be the next in a long line of police shooting controversies?

There are hundreds of thousands, perhaps more, black kids that were born into modern suburban developments who have the same impulse control problems this woman demonstrated. Trayvon didn’t eat lead paint and neither did Michael Brown.

Quit making excuses for these people and their stupid savagery.

Jack Russell
Missed the point. It’s not the criminality I’m talking about. It’s the stupidty.
Example. Friend of mine ran a small insurance office. Two black guys came in, one to apply for auto insurance. He filled out the app, gave the desk person his drivers license. Another guy came in and plunked down some cash for a commercial account–$500 iirc. The two black guys grabbed the cash and headed for the door. But the office was a remodeled house whose door opened inwards. Before they could get untangled from the door, the diminutive receptionist Maced them to immobility.
The criminal intent is a given. It’s the deficient impulse control which is the issue. It would be one thing if they were so slick as to retrieve the drivers license and insurance app and take the money when nobody was looking. But they left an ocean of ID for the cops to find and couldn’t get out the door while at least one employee was watching.
Brown and Martin were criminals. Martin’s behavior was that of a wannabe thug. Brown, otoh, went nuts in an instant. Martin could reasonably have thought he had a chance to do what he wanted to do. Brown should have known that he was never going to get away with messing with a cop, considering the cop had already made a call.
So in the instant case, it wasn’t criminality which was the issue. In fact, until she failed to drop the gun, she’d committed no crime. It was, afaict, the instantaneous stupidity that may be a result of lead ingestion. Now, whether that amounts to an excuse or a reason is another question. And, if it exists, as Drum said, nobody can afford to talk about it as a matter of public concern, much less figure out what to do about it.