What if GOP Candidates escorted Carly Fiorina onto debate stage?

What if GOP Candidates escorted Carly Fiorina onto debate stage?

Carly gets a bum deal 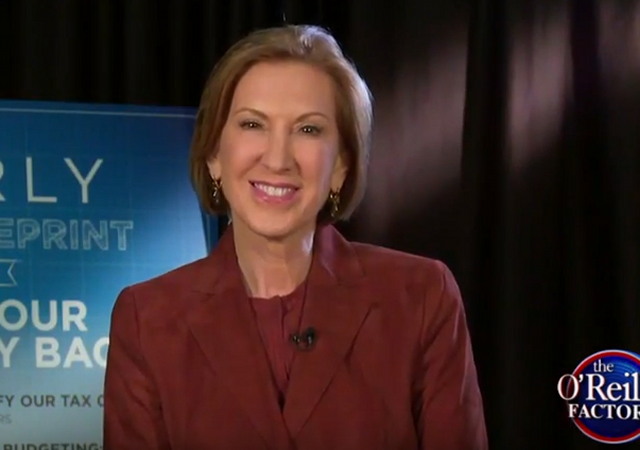 To put it politely — Carly got royally screwed.

For the first time this primary season there will be no undercard debate, leaving Fiorina and Gilmore the only candidates unable to participate in the network’s pre-New Hampshire primary debate.

The Washington Post‘s Phillip Bump has the best illustration of the polling breakdown: 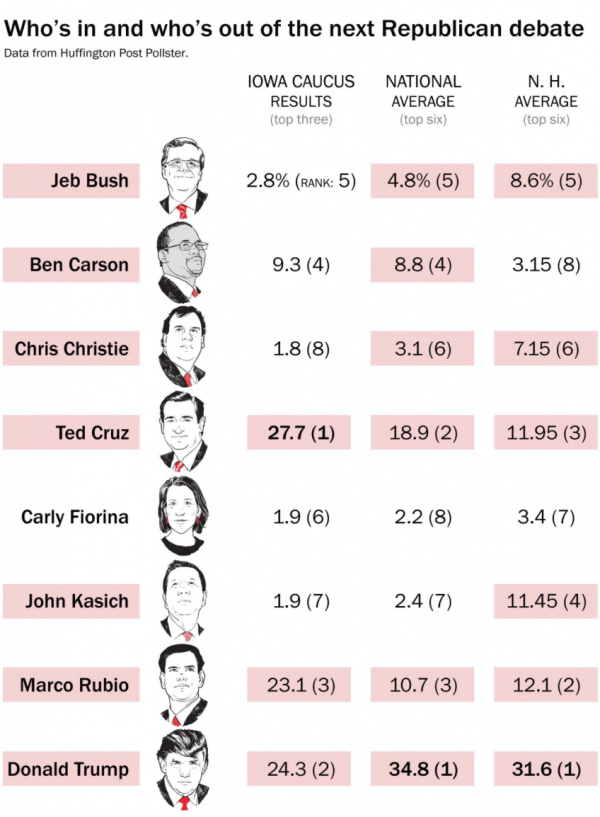 Earlier this week, Fiorina wrote an open letter appealing to the network and the Republican National Committee. She argued the ever-changing debate requirements should compel debate organizers to allow her participation.

ABC and the RNC may keep me off their debate stage. But this isn’t about me. #LetCarlyDebate #FITN

Hey @ABC: put @CarlyFiorina on the debate stage! She got more Iowa votes than John and Chris. Don't exclude only woman.

With 9 Republicans left, I call on the RNC to get rid of arbitrary requirements for debates. Americans deserve to hear from every candidate.

.@abcnews should put @CarlyFiorina in the new hampshire debate.she came in ahead of kasich and christie. She has earned a spot.

But that wasn’t enough to persuade the powers that be.

What would @ABC do if other candidates escorted @CarlyFiorina onto stage in solidarity agst media? #LetCarlyDebate https://t.co/sWA8uedgv9

Polling strictness or a concerted effort to keep the only woman candidate out of the debate? I’m not one to presume sexism where it doesn’t exist, but in this particular instance, it seems a valid question.

If Carly wants to be able to present her case. hold a presser an hour or two before the group slug fest and in clear, direct diction give her presentation and invite questions from the audience, make sure that it ends before the start of the group presser.

She does need to be clear in her proposals, the time for vagueness is over.

Here she is answering some questions anyway.

I think the reason ABC doesn’t want Carly there is because of the striking contrast between her and Hillary in terms of communication skills and ideas.

ABC has sucked for ears. They’re basically as bad as NBC.

I have a quesstion for Mr. Jacobson.
Once they escort Carly to the stage, should the candidates sing a round of “Kombayah”?

GOP debate rules are just party rules, not laws; the GOP can and should change them at will, as they see fit, in pursuit of victory over the Democrats. Ultimate electability of any candidate measured on February 6 is a fool’s errand, based only on ‘polls’ and a single primary caucus in a small, rural midwestern state.

What does either party want in a debate? You want to showcase your candidates. Often the total slate of a candidate’s platform leads to eventual defeat, but many may have an individual policy which is superior – it needs to be heard for the sake of the idea more than the actual candidate. Freedom of speech allows for the airing of all ideas, each one living or dying on its merits rather than on whether it was permitted to be heard.

Carly Fiorina has a razor sharp mind and a tongue to match. No other candidate has carved up Hillary like Fiorina has. Whether this is because the other candidates are male, therefore SEXISM, is moot. The GOP’s chances in the general are enhanced by Fiorina’s presence on stage in this debate, if only because of the way she can and has gone after Hillary so effectively.