They’re both landing some powerful blows; who’ll come out on top? 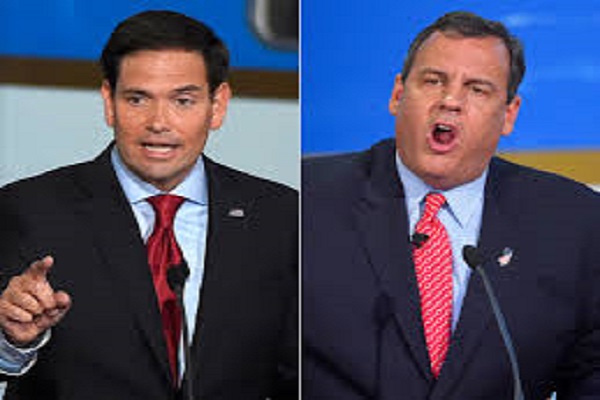 As Marco Rubio continues to present himself as the Jeb alternative, he’s begun attacking the other “other Jeb,” Chris Christie.

Claiming that Christie is too close to Obama on Common Core, health care, and gun control (notably absent from the list is illegal immigration, of course), Rubio implies that he is more conservative than Christie in an attempt to appeal to Republican primary voters.

As Chris Christie’s establishment rivals seize on his blue-state governing record, the New Jersey governor punched back here Tuesday with the kind of bluntness that had been his trademark but in this presidential campaign has been the domain of Donald Trump.

Christie, for his part, is having none of it and has zeroed in on a potential pitfall for Rubio:  his smoothness, even smarminess.

In an interview Tuesday with The Washington Post, Christie responded with a sharp broadside against Rubio and shrugged off Kasich, vowing that voters would coalesce around his candidacy in spite of his ideological impurity because he projects strength.

“I just don’t think Marco Rubio’s going to be able to slime his way to the White House,” Christie said. “He wants to put out a whole bunch of negative ads? Go ahead. I hope that he will acknowledge at some point that I couldn’t care less.”

Christie, never one to back down from a fight, further pointed out Rubio’s Achilles heel with Republican primary voters, his involvement with Chuck Schumer and the Gang of Eight immigration bill.

Christie mocked Rubio as naive in the arts of political street fighting — “He’s never been in a tough race in his life,” he said dismissively — and tore into Rubio’s work in the “Gang of Eight” on a 2013 immigration bill that has since become anathema to conservatives.

It’s hard to say who comes out on top in this particular (in)fight, but I suspect it might just be Ted Cruz.

Which one will be a distant 3rd in New Hampshire and not abandon their flailing campaign after South Carolina?

If I wanted Amnesty to permanently destroy what’s left of our freedoms and prosperity, I’d just vote for Hillary.