In recent poll, all leading Republicans beat or tie Hillary

In recent poll, all leading Republicans beat or tie Hillary 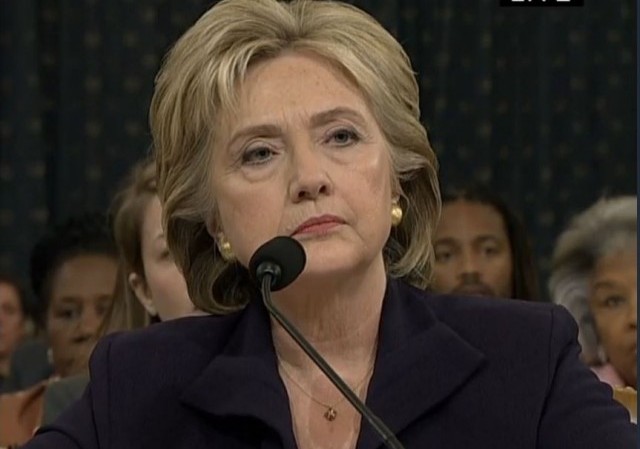 I realize that at this point polls don’t matter too much, if at all. But they still interest me, because they’re the best evidence we’ve got about public opinion. They can also tell us something about trends, and the trend for Hillary right now appears to be down.

The newest national poll is from Fox, based on phone interviews that were conducted from Jan 4-7 and featuring 1006 registered voters, the vast majority of whom said they intend to vote. For Republican respondents the margin of error was 5%, which is rather large. For the entire survey, the margin of error was 3%, which is more typical but still worthy of note when the figures are close.

It’s very interesting to see what’s happening with the projected head-to-head battles of some of the Republican leaders against Hillary Clinton. Mostly the results seem to preserve the patterns each candidate has already established for quite some time, with Rubio doing the best of all (a +9 lead, more than he’s had before). Cruz is next with a +7 lead (also bigger than he had before), and Trump has a +3 lead.

As usual in national polls, Trump is doing worse against Hillary than the other two, but I believe this is the first time he’s ever led Hillary, so that’s a change for the better for Trump.

Unfortunately the pollsters didn’t ask about Christie (although Christie has led Hillary in earlier national polls), nor did they ask about Carson (same). So, why was there a question about Jeb Bush? At any rate, Bush is doing the worst of those the pollsters did ask about: he’s tied with Hillary.

Does this poll represent a real improvement of the prospects of the Republican field vis-a-vis Hillary? I don’t know. It could be an outlier, or the phenomenon could be real. It will be very very interesting to see if these anti-Hillary trends persist over time, and if they grow.

I have no idea whatsoever how those two AHA paragraphs made their way into this post. I certainly did not write them! And as far as I know have never even seen them before.

I am removing them right now, mystery unsolved.

I would be assuaged by a dozen free doughnuts.

You need to speak to Gov Christie. I believe he can help.

Or jeb! He’s looking like he may know where the hidden donuts are…