Hillary drops dramatically since 2012 in Gallup ‘most admired’ survey

Hillary drops dramatically since 2012 in Gallup ‘most admired’ survey

The mainstream headline that Hillary is “most admired” masks that her admiration level has dropped by almost half. 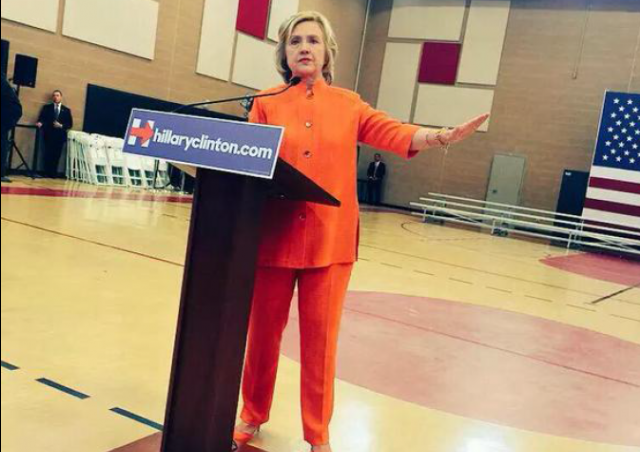 The mainstream media is having a lot of fun reporting that Hillary is this year’s Gallup “Most Admired Woman” for a “record 20th time.”

What they are leaving out, however, is that it appears that the long list of scandals and controversies that have plagued her since leaving her position as Secretary of State in early 2013 may be catching up with her (read LI’s Hillary coverage here).

When one looks more closely at the Gallup poll, it becomes clear that while still topping the list, Hillary has fallen quite sharply since December 2012.

Take a look at the following:

Interestingly, Hillary’s long run as the “most admired woman” has been unimpeded during Obama’s presidency:  Michelle Obama is the only First Lady to never take the top spot while her husband was in office.

As far as the “Most Admired Man” goes, the sitting president typically takes that spot, according to Gallup, so Trump tying for second with the pope is notable.

Oprah has also dropped off considerably. Thank God. You can’t overlook her role in getting Obama in the White House.

I was a lefty voting Dem for 26 years, including (and ending with) Bill Clinton’s 2 terms. Even as a lefty Dem who voted for some known liars, crooks and thugs, I NEVER could stand her. I had a friend whose husband was in the Secret Service and her filthy tantrums and lamp-throwing in the WH were well-known not long after he won the first time. Horror stories about her abounded among Dems. The only thing that kept us in line was threat of something even worse: Republicans. I conquered that dementia in 1998 (although I’m back to despising the GOP, but for completely different reasons).

It’s impossible to overstate what a simply ghastly woman in every respect Hillary is.