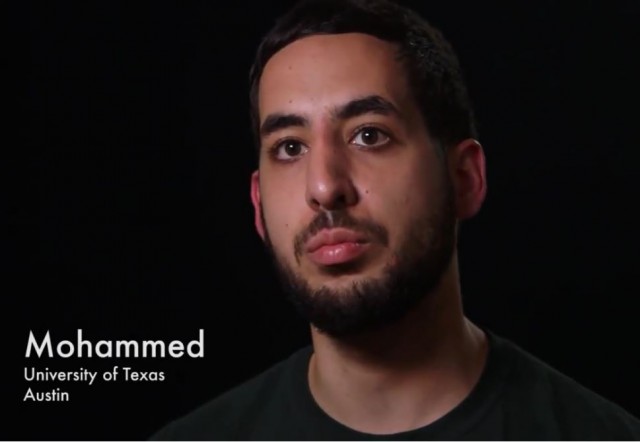 Mohammed Nabulsi is the UT-Austin law student who led the disruption of an Israel Studies event hosted by Prof. Ami Pedahzur. Both Pedahzur and the invited speaker from Stanford University are Israeli. Nabulsi was part of a group of almost a dozen members of UT-Austin Palestine Solidarity Committee who participated in the disruption.

Nabulsi is on video yelling over people, shouting that he has no intention of listening to them and that they have no right to speak as former Israeli soldiers, and demanding the right to perform an “intervention” at the event. Despite repeated requests to leave or to participate, Nabulsi and the others then chanted “Free Free Palestine” and “Long Live the Intifada” to drown out others.

The chant for an Intifada, directed at Israelis at a time when the Knife Intifada has claimed dozens of Israeli lives, was particularly troubling. Nabulsi appears to have used the name of a known terrorist (“Georges Abdallah) as an online alias and also has written of the need for the anti-Israel boycott movement to support Hamas, Islamic Jihad and other “resistance” groups.

In the following video, taken from down the hallway, you can hear how loud the chanting was in the room where the event was being held. It is loud even from dozens of yards down the hallway.

The Dean of the College of Liberal Arts yesterday issued a strong statement affirming support for Prof. Pedahzur, whose openness to ideas has been praised by Israeli and Palestinian students alike. The Dean also called disruptions contrary to academic freedom and free speech:

Disruption of a visiting scholar’s invited academic lecture violates principles of academic freedom and free speech that are crucial to our mission as a great university.

Nabulsi is a leader of the Boycott Divestment and Sanctions (BDS) movement at UT-Austin.  Nabulsi will be interning with the Center for Constitutional Rights (CCR), which works closely with Palestine Legal.

Palestine Legal is the organization that NGO Monitor in a recent report, BDS ON AMERICAN CAMPUSES: SJP AND ITS NGO NETWORK (full report pdf.) described as a key player in the national BDS movement:

Palestine Legal aims to “bolster the Palestine solidarity movement by challenging efforts to threaten, harass and legally bully activists into silence and inaction.” The organization regularly manipulates and distorts the position of pro-Israel advocates, as well as the reality on campus grounds, to advance its own highly biased and politicized agenda of demonizing and delegitimizing Israel in the international arena.

Palestine Legal is a fiscally-sponsored project of the Tides Center. The Tides Center funds a host of BDS organizations including JVP, AFSC and CODEPINK, and dispersed $128.8 million in grants in 2014. 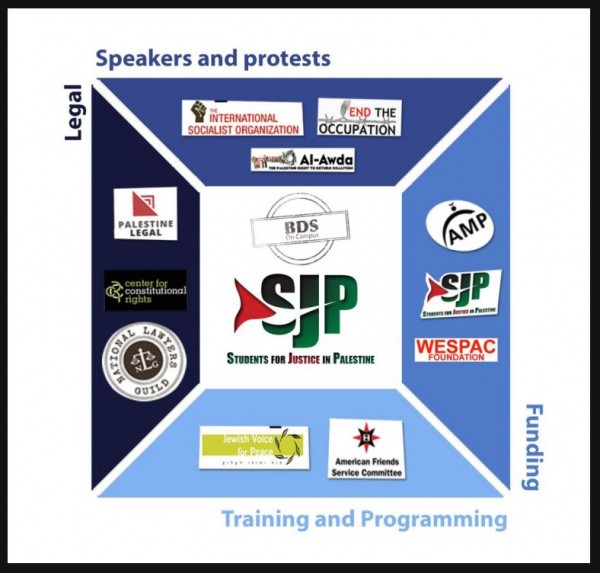 In September 2015, CCR and Palestine Legal issued a report claiming Palestinian voices were being suppressed on campuses, The Palestine Exception to Free Speech. 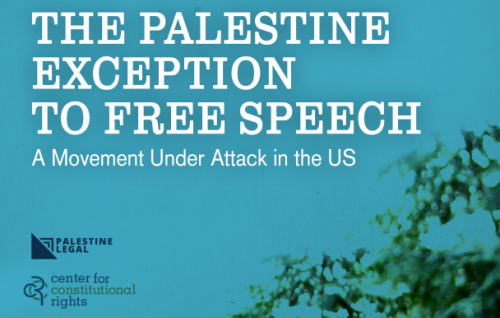 At the same time and in coordination with CCR and Palestine Legal, Jewish Voice for Peace launched a similar initiative.

The highlight of the campaign to portray Palestinian voices as being silenced was a slick video featuring interviews with faculty and students, including the controversial professor Steven Salaita. 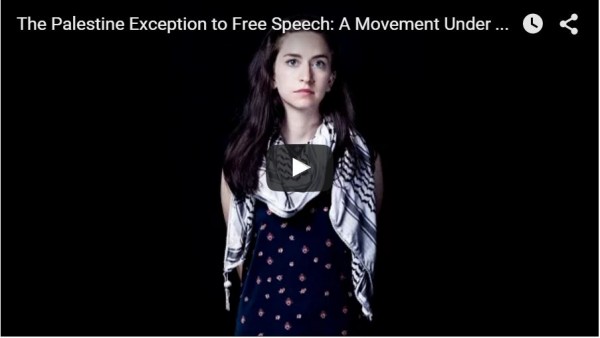 There were several students interviewed to decry supposed repression of their speech rights on campuses. Guess who was one of the stars of the video?

None other than Mohammed Nabulsi, who led the shout-down of the Israel Studies event at UT-Austin: 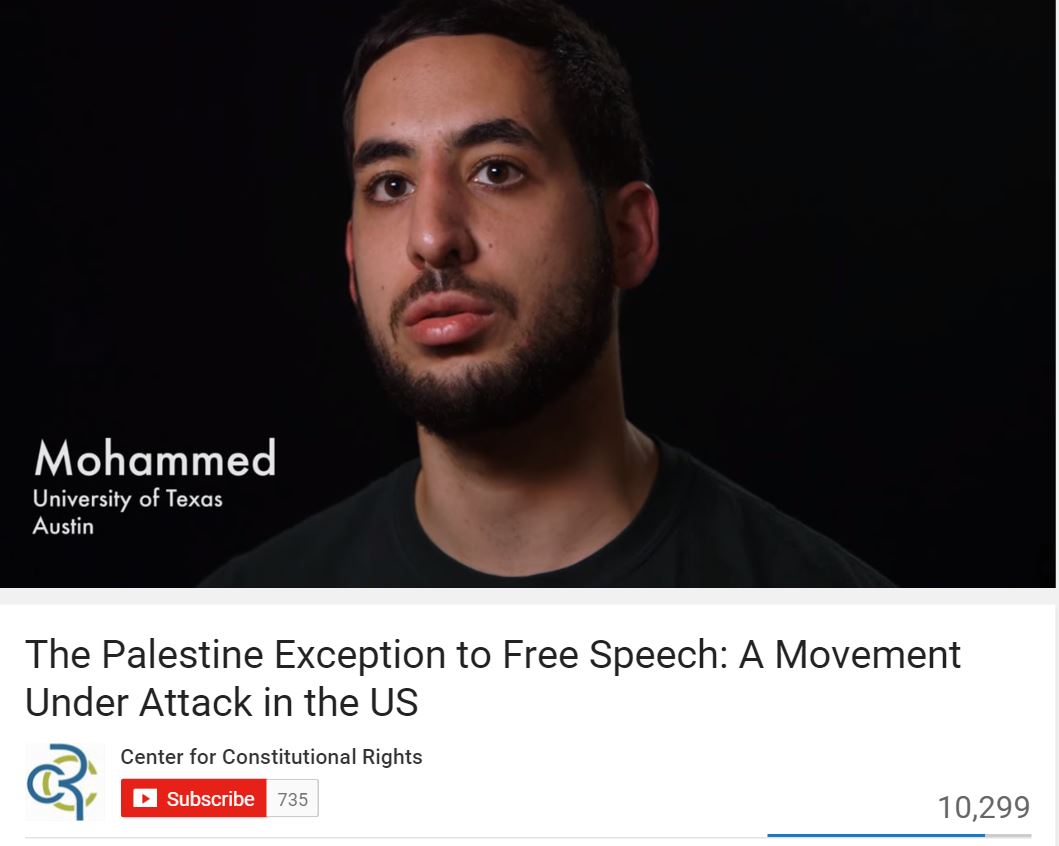 The UT-Austin Palestine Solidarity Committee was quite proud: 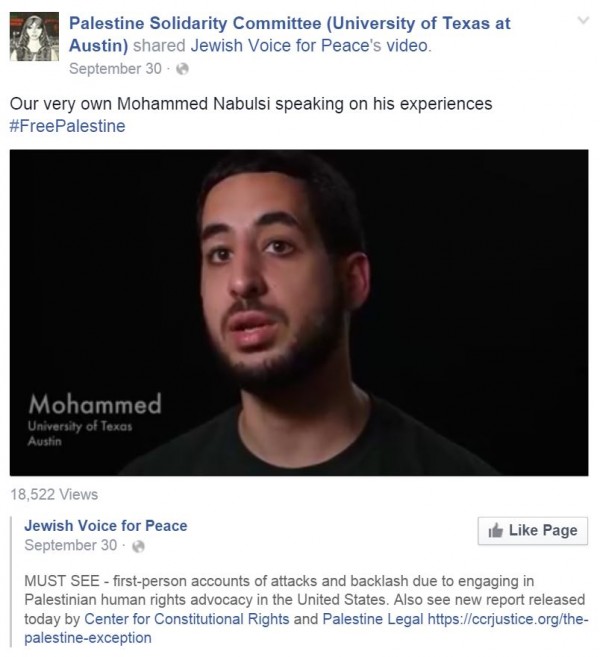 Here is the video marked to start where Nabulsi speaks:

How ironic that one of the students featured by the groups who claim Palestinian voices are silenced actually did the silencing of Israeli voices at UT-Austin, and now has filed a complaint with the university that his rights were violated. 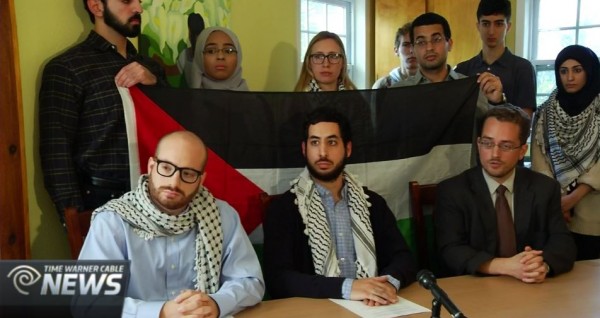 Its more than ironic, its a reflection of the utter hypocrisy of anti-Israel students and groups who regularly disrupt and try to silence others, yet claim the role of victim when called out on the bullying.

It is also, in many ways, a metaphor for the underlying conflict itself and the BDS movement’s propaganda campaign.

In a single sentence:

He’s pissed that he was denied his ‘right’ to violate other people’s rights.

Nabulsi is a PIG.

The Case Of The Disappearing Troll Called Lego…