The attempt to gentrify Molenbeek 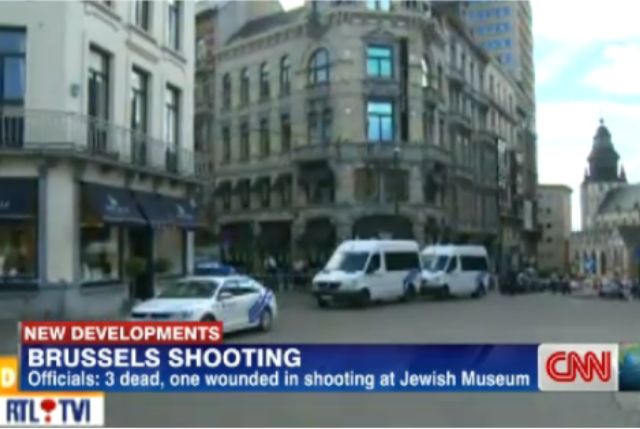 Here’s a fascinating article (to me, anyway) written by a man named Teun Voeten who moved to the Molenbeek section of Brussels back in 2005 and lived there for nine years.

In case you haven’t heard, Molenbeek is the area mostly populated by Muslim immigrants and their offspring, and it was the home to the terror cell that planned the Paris attacks. Voeten came there for the low rents and brought with him some idealistic and naive hopes (is idealism always naive?):

I was part of a new wave of young urban professionals, mostly white and college-educated — what the Belgians called bobo, (“bourgeois bohémiens”) — who settled in the area out of pragmatism. We had good intentions. Our contractor’s name was Hassan. He was Moroccan, and we thought that was very cool. We imagined that our kids would one day play happily with his on the street. We hoped for less garbage on the streets, less petty crime. We were confident our block would slowly improve, and that our lofts would increase in value. (We even dared to hope for a hip art gallery or a trendy bar.) We felt like pioneers of the Far West, like we were living in the trenches of the fight for a multicultural society.

Those nine years were an eye-opener for Voeten, who seems to be the classic liberal mugged by reality:

Hassan turned out to be a crook and disappeared with €95,000, the entire budget the tenants had pooled together for our building’s renovation. The neighborhood was hardly multicultural. Rather, with roughly 80 percent of the population of Moroccan origin, it was tragically conformist and homogenous…

Over nine years, as I witnessed the neighborhood become increasingly intolerant. Alcohol became unavailable in most shops and supermarkets; I heard stories of fanatics at the Comte des Flandres metro station who pressured women to wear the veil; Islamic bookshops proliferated, and it became impossible to buy a decent newspaper. With an unemployment rate of 30 percent, the streets were eerily empty until late in the morning. Nowhere was there a bar or café where white, black and brown people would mingle. Instead, I witnessed petty crime, aggression, and frustrated youths who spat at our girlfriends and called them “filthy whores.” If you made a remark, you were inevitably scolded and called a racist

There’s much more; it’s well worth reading. One of the reasons it’s important is that it’s been clear for years that Brussels is an epicenter for jihadism in Europe. The city’s policies illustrate the worst excesses that have allowed this sort of fanaticism to slowly build—as Voeten describes—over the course of the last decade into a very critical mass. It’s the result of a combination of disorganization and fear on the part of the authorities, plus of course the vital ingredient of PC multi-culti thinking [emphasis mine]:

How did Molenbeek become Europe’s jihadi base? Essentially, it has to do with Belgium’s messy governance and the culture of denial that pervades the debate about Islam in the country. Molenbeek is a vibrant community, with narrow streets and a busy street life. There is a teahouse on every corner, a quiet mosque on every block, where people can congregate undisturbed. There are cheap apartments galore, no questions asked. Just like the guerrilla can hide in the jungle, jihadis feel safe in the disorganized Kashba of Molenbeek. The highway and the city’s busiest international railroad station are a stone’s throw away. It’s the perfect logistical base.

It is nearly impossible to explain to an outsider, but Belgium is a country of six governments, Brussels a city with 19 mayors. These many administrative posts are not filled with competent people.

Not just incompetent, but willfully stupid and in thrall to a theory of multiculturalism that is on a course that, if continued unchecked, could end up bringing about the death of much of the liberty they hold dear in Western society. Time to wake up. Way past time, actually.

Brigitte Bardot doesn’t sound so crazy now, does she? Wonder if the French government will give back the money they fined her for her “hate” speech.

“In her 2003 book, Un cri dans le silence (“A Scream in the Silence”), she warned of an “Islamicization of France”, and said of Muslim immigration:

Over the last twenty years, we have given in to a subterranean, dangerous, and uncontrolled infiltration, which not only resists adjusting to our laws and customs but which will, as the years pass, attempt to impose its own.[37]”

Mr. Voeten reminds me of the Norwegian parents who thought it would be good for their son to attend a “diverse” (i.e. mostly Muslim) school, rather than one that was still recognizably Norwegian. The kid had to suffer a lot for his parents’ moral vanity before they decided it wasn’t doing him any good after all. At least Mr. Voeten doesn’t seem to have been subjecting an innocent child to persecution.

The Netherlands was really the canary in the coal mine for all of this, more than a decade ago — it’s just that no one wanted to see it.

It is ironic that Belgium is the home of the EU bureaucrats who want to decide how everyone in Europe should live, and also a hotbed of Islamic terrorists. It would be nice if they would clean up their own city first.