Consensus: Trump not “lying” about 9/11 videos

Consensus: Trump not “lying” about 9/11 videos 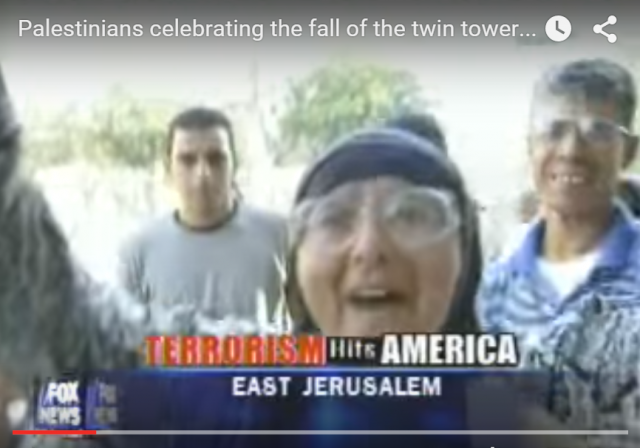 There’s a big spat over Donald Trump’s comments that he remembers seeing video of Muslims in Jersey City or other towns near NYC cheering the attack on the World Trade Center.

The argument is over whether it happened, whether there is video and so on. Trump is sticking to his memory, and the media is swarming to prove him wrong. CNN in particular is going all out on the effort. There’s no purity of purpose there.

What’s most interesting to me is that there is an emerging consensus among those who are hammering Trump on this that Trump is not “lying,” but likely is thinking of celebrations elsewhere. Since the aspersions that Trump is a “racist” or “Islamophobic” are predicated on a bad intent, whether he is lying as opposed to honestly mistaken seems relevant.

The concept of false or suggested memory is something I’ve often explored both in private practice and in the course I teach. There just are some people who absolutely believe and will swear on a stack of Bibles to something that objectively did not happen — and they always seem to be on the other side of the case from me!

They are not liars, but they are wrong. Proving it is the challenge.

Robert Mackey of The New York Times argues that Trump probably is confusing videos of Palestinians cheering with some memory of it taking place in northern New Jersey, The Video of Celebrations That Was Broadcast on 9/11:

The exact origin of Donald J. Trump’s insistence that he saw live television images on Sept. 11, 2001, of “thousands and thousands” of Arabs in New Jersey “cheering” as “the World Trade Center came tumbling down” remains a mystery.

But while no such images were broadcast that day, and five men of Middle Eastern appearance who were arrested in New Jersey that day for “puzzling behavior,” mistakenly interpreted as joy, were later released without charge, there was actually a video of one small celebration broadcast on American television that day.

Here’s the video the Times posts as proof that Trump probably is mistaken is of Palestinians celebrating:

The recorded footage was broadcast later on an extended version of NBC’s “Today” show at 11:58 a.m., just after a live report from Lower Manhattan, where the second tower had collapsed 90 minutes earlier.

Tommy Christopher at Mediaite takes the same position, including even more video, This Is the Footage Donald Trump Thinks He Saw on 9/11.

The Washington Post argues that Trump also is confusing the two through a common problem of suggestive memory:

“I can’t say that he’s not lying,” said Deryn Strange, a psychologist at the John Jay College of Criminal Justice in New York. “But my research, and the research of my colleagues, certainly supports a more charitable interpretation: that this is a false memory.”

There is a well-circulated video clip of Palestinians celebrating the attacks in the West Bank, as The Washington Post’s Glenn Kessler has reported. Newspapers, including The Post, stated that police had detained some people in northern New Jersey who were allegedly partying on rooftops and watching the mayhem in New York. The Newark Star-Ledger later reported that “rumors of rooftop celebrations of the attack by Muslims here proved unfounded.”

Trump might have conflated the two in his mind. “I can easily conceive how he could have developed this memory,” Strange said. “All you need is a suggestion.”

Ben Carson says he had such a mistaken memory:

Hours after Ben Carson told reporters he remembers seeing American Muslims celebrating the Sept. 11, 2001, attacks, his campaign said the GOP presidential candidate was “thinking something differently” and does not remember such reaction in the U.S.

“Dr. Carson does not stand by the statements that were reported today. He was hearing and thinking something differently at the the time,” Carson communications director Doug Watts said in a statement on Monday. “He does, however, recall and had his mind focused on the celebrations in the Middle East. He is not suggesting that American Muslims were in New Jersey celebrating the fall of the twin towers.”

Trump is not backing down on his position. But assuming his memory is wrong, that doesn’t mean he’s “lying.”

To quote a great philosopher, it’s not a lie, if you believe it.

Excellent reporting here: “Looks like Trump was exactly right about the location, wrong about the number (which is irrelevant in my book).” See also the links and comments.

Bill Bennett’s Morning in America had so many emails and calls on the subject that Bill said he would compile them and send them to Trump — at the same time noting that he isn’t a Trump supporter. One caller spoke of a NJ mosque with those hideous parasites cheering on 9/11.

Trump’s recall isn’t a lie because protests happened in NJ in substantial numbers. What needs to be asked is, why didn’t the media get footage from all the celebration sites in NJ? Oh, wait …

… Many of those calls, said Burkett [FBI], came from concerned and angry Americans reporting Muslim’s celebrating over the destruction of the twin towers and damage to the Pentagon. The calls were logged, reports were made and there were “stacks and stacks” of them, he said.

… But the retired agent says even though video of celebrations following 9-11 is hard to find, he says it means Trump’s claims are highly plausible.

The LSM have video. They are refusing to show it, the same way they refuse to show graphic clips of 9/11.

I remember a clip of Islamic reacting around the world. One place was Atlantic Avenue, Brooklyn, NY. Another place was Jersey in sight of the WTC. The Muslims WERE REJOICING. I wish I had videotaped them. I know I saw it on tv. I also can distinguish between Muslims in Gaza, Judea and Samaria, and Muslims in NY and NJ. The ones in Bethlehem were passing out sweets—yes, indeed, the same pigs who take American taxpayer money as jizya were rejoicing at the death of some of those who support their miserable terroristic lives. The ones in Jersey were jumping up with their hands raised in the air. Muslims? I spit on them.

The LSM, including Fox, is lying to us. Next thing they will tell us is that there were no people jumping from the WTC. Well, I have a picture of the Falling Man on my computer. Before 9/11 was a month old, the LSM had formed a pact to stop showing graphic images of 9/11 to avoid inflaming Americans against Muslims. We should’ve expelled the bastards wholesale, American citizen or not.

I know what I saw that morning. I know Arafat had to tell the a-holes to stop the open celebrations so the money could keep flowing from the infidel American idiots.

That clip compilation sounds like what I saw. The LSM do have it. They just won’t show it, and they may have destroyed it.

Few things bother me more than people using the word “lie” wrong. Even in this thread we have people debating the “theory” of whether you have to think something you communicate is false in order for it to be a lie. This isn’t a “theory”, words have meaning. By definition, it is not a lie if you believed what you communicated was true at the time you communicated it. That’s why lying has such a negative connotation, because they’re not just giving you wrong information, they’re doing so willfully. Stop trying to degrade the English language.