Trump vs. the Bush Family

Trump vs. the Bush Family

An old animus, not a new one 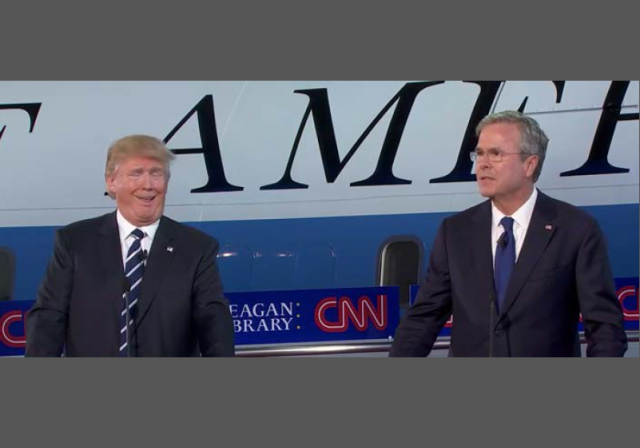 It’s fairly clear that there’s no love lost between Donald Trump and Jeb Bush. Trump’s recent criticism of George W. Bush in relation to 9/11 has been largely seen as a way to needle Jeb and keep the friction going between them.

And it’s certainly accomplished just that.

Although that’s undoubtedly part of Trump’s motivation for his recent remarks, it doesn’t even begin to explain Trump’s long history of extremely critical and incendiary comments about GWB, which date back to many years before Trump or Jeb ever ran for president and most definitely were not sparked by their rivalry for the presidency in 2016.

On Wednesday I wrote about the subject in this article for the Weekly Standard. Here’s an excerpt:

…the sharpest of Trump’s attacks on George W. had occurred much earlier, in a series of interviews in 2007 and 2008, when neither Trump nor Jeb Bush were candidates. For example, in a 2008 interview with Wolf Blitzer, Trump advocated Bush’s impeachment, while adding how much he likes Nancy Pelosi…

But perhaps the most negative ad hominem attack Trump had ever launched against George W. Bush was in a 2008 interview in which he called Bush “evil.” In the same interview, he also criticized Bush for not talking to Iran, and praised Obama in contrast, saying that he believes Obama will lead through consensus as president, and “not be a bull run, like Bush—he just did whatever the hell he wanted.”

I’m not so sure that GOP plan will work.

Carson Supporters have a lot more in common with Trump Supporters than Establishment GOP & Rubio and his Supporters.