Donald Trump is helping Republicans by exposing other candidates’ weaknesses

Donald Trump is helping Republicans by exposing other candidates’ weaknesses

Love him or hate him, Trump has done us a general election favor by shaking the tree. 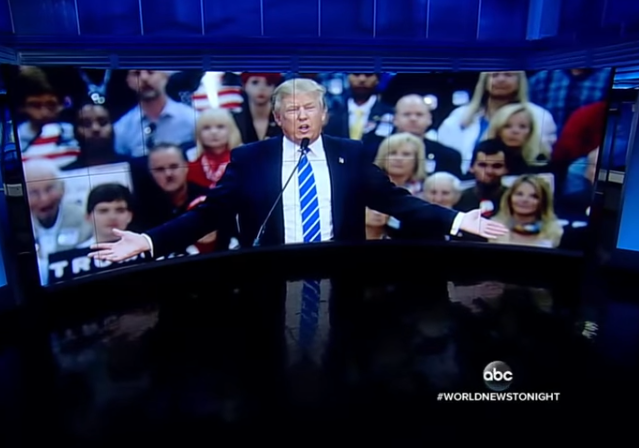 This election season has had so many surprises, I’m staying away from making predictions.

But one thing is clear — Donald Trump has done Republicans a favor by exposing weaknesses in other candidates, in many cases such fatal flaws that they could never survive a Clinton-Media onslaught.

That weeding out process is not over, but already it has dispatched Rick Perry and Scott Walker. I wasn’t surprised with Perry, but the Trump phenomenon exposed weaknesses in Walker as a national candidate.

While it ain’t over until it is over, Jeb Bush has been damaged more than anyone by Trump.

From day one, Trump has been humiliating and emasculating Jeb with taunts. That would not have had much effect unless those taunts exposed Jeb’s inherent weaknesses as a candidate.

When Trump taunted Jeb as being low energy, it rang true and Jeb didn’t know how to react. When Trump raised the issue of Jeb being soft on immigration because his wife is an immigrant, Jeb on stage at a debate demanded an apology to Jeb’s wife, who was in the audience. Trump refused, and Jeb had nowhere to go with it — Jeb looked weak.

While Trump clearly insinuated that George W was responsible for 9/11, though he denies it, there is no doubt that he broke longstanding Republican refusal to implicate George W.:

Trump has a bully’s instinct for finding someone else’s true weaknesses. His continued crack that Bush is a “low-energy” candidate is devastating precisely because it identifies a weakness not just in Bush’s campaign style, but in the nature of his campaign.

Now Trump has pulled Bush into an even more dangerous quagmire: his brother’s presidency. Trump is reminding every Republican voter that nominating Jeb Bush will mean running a general election campaign with two disadvantages. First, Republicans will have to answer for George W. Bush’s failures in a way they wouldn’t if they nominated Marco Rubio or Carly Fiorina or Donald Trump, and second, they’ll need to somehow explain why they’re holding Hillary Clinton responsible for Obama’s presidency even as they don’t hold George W. Bush responsible for George W. Bush’s presidency.”

As if on cue, Jeb once again jumped to a family member’s defense, but it fell flat as this interview with Jake Tapper today:

And Trump, having realized how weak Bush is on this issue, isn’t stopping. He’s moved from 9/11 to the Iraq War:

https://twitter.com/realDonaldTrump/status/655737356344016896?ref_src=twsrc%5Etfw
I find blaming George W. for 9/11 or second-guessing the Iraq decision based on 20/20 hindsight odious — those are Democratic talking points.

But they point to why we don’t want another Bush as nominee. Democrats and the media will go there in a general election.

We don’t want to spend the entire general election re-arguing the Bush presidency. That is how Democrats, with the full power of the media behind them, will win.

My feeling about Jeb is the same as my feeling was about Mitt — they are both ideal candidates … for Democrats to run against.

That’s why I supported Newt, with all his warts. I knew in my gut Mitt would lose. And I have that same gut feeling about Jeb. And apparently a lot of other do also, because Jeb has gained no traction and has withered under the Trump assault.

The Trump primary assault is nothing compared to what the Republican nominee will face.

Not all candidates have suffered Jeb’s fate.

Dr. Ben Carson seems to be thriving, but I don’t know what to make of his current success. Ted Cruz has held his own, and has positioned himself to pick up much of Trump and Carson’s supporters should they fade. Marco Rubio also has excelled; he’s not in a leading position, but he also hasn’t been hurt and may benefit when the Jeb donors finally figure out Jeb is done. Carly Fiorina has lost some of her debate bump, but has shown an ability to respond effectively to Trump’s taunts.

Love him or hate him, Trump has done us a favor by shaking the tree.

I see Trump has increased his lead according to new polls as has Carson and Cruz.

George Bush 43, in typical RINO fashion, attacks Cruz as the hijacker of the GOP.

Is he afraid of attacking Trump? He should be…

W was NOT a pure conservative, but he WAS the leader of the Republican party, and Republicans elected him twice.

T-rump, on the other hand, IS Mr. RINO. The very embodiment of NOT EVEN a Republican! Much less a “conservative”. He’s the quintessential switch-hitter! Or political whore.

That is quite stupid behavior, Rags.

Bush failed to act to prevent 911. He should have resigned for his disgrace.

So you support T-rump’s ass-kissing of Nanny Pelosi, and his advocacy for impeaching W?

Good! Keep it up, you lying harpy! Let’s get ALLLLLLL your Collectivist shit out in the open!

Then Rags, you launch yet another lying screeching hypocritical attack…

Ragspierre | October 20, 2015 at 4:01 pm
So you support T-rump’s ass-kissing of Nanny Pelosi, and his advocacy for impeaching W?

Good! Keep it up, you lying harpy! Let’s get ALLLLLLL your Collectivist shit out in the open!

Stupid behavior defended with stupid behavior is not defending, Rags, its reinforcing the lying screeching hypocritical nature of your cronic rage.

But, lying harpy, where is there any lie in my question?

Why are you incapable of making a response that is not a personal attack?

Still name-calling, and incapable of an answer to a question, you lying old harpy!

Trump is now a conservative and Palin and Cruz are in cahoots with him and him, them. Bush family knows it and now we know they know it.

This Conservative triad is their worst of the worst nightmares imaginable.

After the 2016 election is done and a new president is in power, books will be written about it.

This is so far above your head you can’t process it.

Since I have you…(heh!)…why don’t you link to something from the period right after 9/11 saying you thought it was all W’s fault and he should resign. Any time within that year would be swell.

Then, you can tell us all about that hallucination…er…theory you have where Cruz, Duh Donanld, and Palin are working together.