and that’s not stupid. 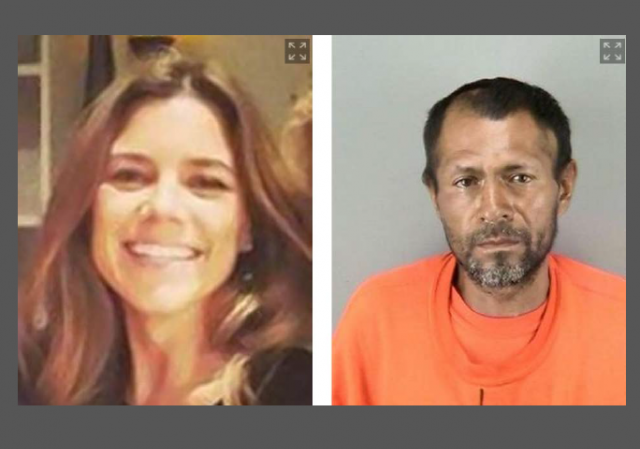 All the way back on July 13, 2015, when Donald Trump’s initial rise in the polls caused early onset apoplexia among Republicans, I wrote a column at National Review, Trump’s Lesson: Voters Are Furious about Illegal Immigration:

One section in Trump’s Phoenix speech jumped out at me as capturing especially well what is happening on the ground:

When I started . . . I didn’t think the immigration thing would take on a life like it has. I made some very tough statements about people flowing through, because that’s one of the things, to make our country great again, we have to create borders, otherwise we don’t have a country [italics added].

Any Republican who doesn’t understand what Trump was getting at is hopelessly out of touch with the most motivated portion of the electorate, Republican and otherwise…. The sense that we are losing control of our own country, by the design of politicians, is creating a fury — and an opening for a politician willing to recognize that the problem poses an existential threat to our own freedoms….

That’s it. It’s the sovereignty. Out of the general illegal immigration theme, Trump is focusing increasingly on the sub-theme of sovereignty:

“We Don’t Have A Country Without A Border” is how he frequently phrases it in his current speeches.

That is dismissed as “nativist” or so on, but it’s not. It’s about the sovereignty of the United States as a nation. 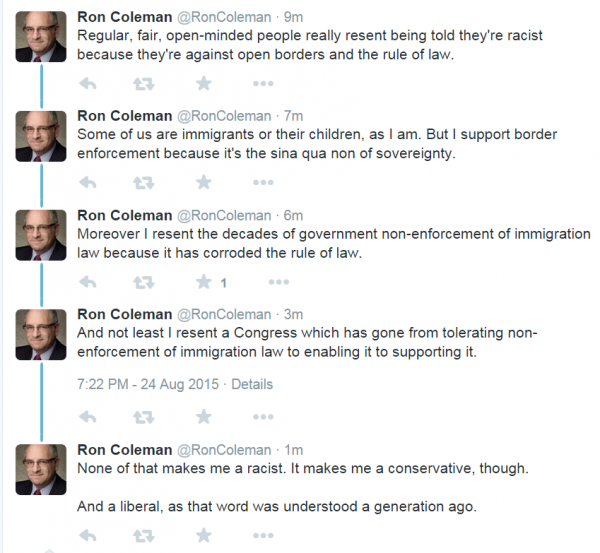 And then he delivered the coup de grâce:

Just two short years ago, the GOP barely nominated a man with a strong position on illegal immigration. He was called everything from a squish to a liberal and . By many of the same people who are supporting a REAL squishy liberal, Donald Trump. Because of illegal immigration. It would be laughable if it wasn’t so pathetic.
Yes, I’m angry, but I’m not angry at “The Establishment” I’m angry at the ones who refused to support a strong stance on illegal immigration just a few years ago and now make it the be all and end all of conservatism.
I will not support Donald Trump, the liberal, even if he offers to pay for a wall out of his #Yuge bank account. (Which in of itself is suspect.)

Just two years ago, immigration drove a lot of the support that Romney did get. Otherwise even more people would have stayed home.

And let’s face it: Romney took too much money from open borders groups to ever be truly effective doing the job that needs to be done.

I agree with pretty much everything above. The question I would put to anyone that is not for enforcing the law and removing the illegal aliens would be “So, how many of these undocumented immigrants are you currently hosting in your home?”, “Oh, how many are you planning on hosting?” Since we already know the answer, you can call them on the hipocracy of advocating open borders but not willing (or even afraid) to handle the people personally. They want you and me to pay for it.

The best solution is to erect an legal fence to keep illegals from staying in our country.

We need to make being an illegal a felony with the punishment being 3 years in prison. For first offenses we can let these criminals plead guilty, accept deportation and receive a suspended sentence to be served if they every reenter the USA. Children of illegals won’t be separated from their parents, they will leave the country with them.

In addition, we need to make helping an illegal alien a felony also. This includes all those providing employment, government benefits (including licenses) and sanctuaries to illegals. The sentence will be 1 year for each time they commit this crime with the sentences to be served consecutively. Thus the politicians who establish and maintain sanctuary policies could serve thousands of years in prison.