How does Scott Walker regain his momentum? Does he need to now?

How does Scott Walker regain his momentum? Does he need to now?

Fighting and winning was working. 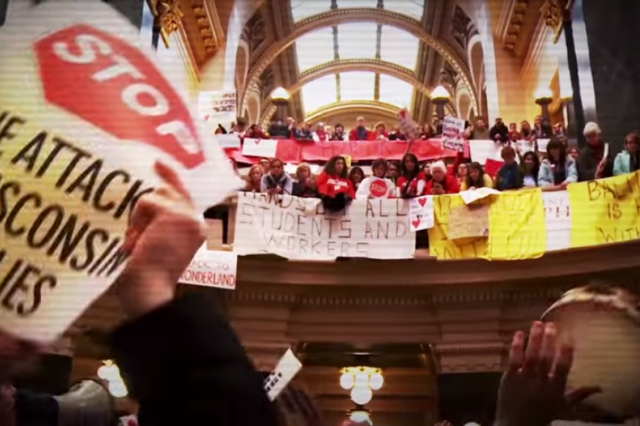 Scott Walker was at or near the top of just about all polling until the Fox News debate.

Now he’s dropped in the rankings as Donald Trump has maintained his margin in most polls, though there’s some evidence of weakening. Walker is now second or third in Iowa, where he consistently led, and is back in the middle of the pack nationally.

Scott Walker: This one surprised me a little, but the polling is clear. Walker is the only candidate who lost ground in every single post-debate poll. In Iowa, where Walker had been leading, just 5 percent of voters said his performance was the most impressive of all the candidates. Walker’s debate night was bad enough that he has lost his edge in Iowa to Trump.

Perhaps I was wrong when I commented after the debate:

Scott Walker: A very workmanlike performance. Weaved his way around questions to answer the questions he wanted to answer, refocusing on Hillary when he could. Often had time left because he answered so succinctly. Not sure this will light his campaign on fire, but in playing the long game, he didn’t hurt himself.

That workmanlike debate performance let a huge debate audience, and intense media focus, get away. While we and our readers are very familiar with Walker, most people are not.

Not making a great first impression was a great mistake. That doesn’t mean that Walker needs to be glib or something he’s not. He has a good story to tell, and he didn’t tell it as well as he could.

Walker also has been late and not strong enough in responding o Trump’s attacks on him.

This is a long season, so it’s certainly not fatal. But Walker has to up the ante not to take on The Donald, but to preserve his position as a top tier candidate.

But holding down tuition costs is not what made Walker the early star in the field.

Fighting and winning is why people were loyal supporters:

At the next debate, Walker needs to tell that story better to what likely will be another big audience.

I think, unfortunately, that Walker is done. His one real shot was to be forceful in his opinions about the problems this country faces. He has simply not expressed them well. To soft a delivery and too wishy washy. While he has done a heckuva job in Wisconsin, it’s not transferring to a presidential run. He may hang in and possibly be a good choice as a VP, but any aspirations as potus are over.