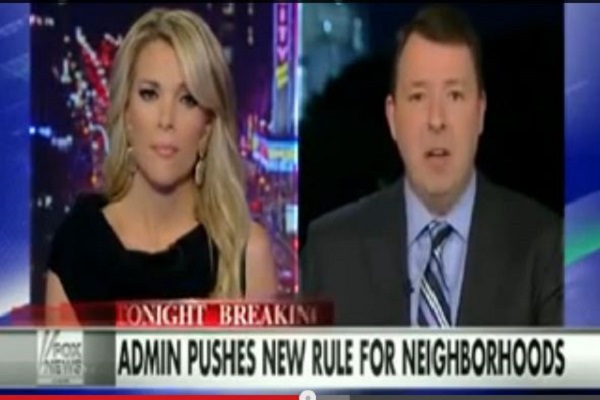 As discussed earlier, the Obama administration seeks to transform neighborhoods of privilege by tinkering with their makeup and introducing more diversity, otherwise known as Section 8 housing.

The way the federal camel gets its nose inside the tent is, as usual, through money. What seems like a largess at first almost never is. Not only does the money have to come from somewhere, but the inevitable price is an increase in federal government regulation of our lives. This particular directive would apply to communities that get HUD funds, which is an awful lot of communities (about 1250):

The agency is also looking to root out more subtle forms of discrimination that take shape in local government policies that unintentionally harm minority communities, known as “disparate impact.”…

To qualify for certain funds under the regulations, cities would be required to examine patterns of segregation in neighborhoods and develop plans to address it. Those that don’t could see the funds they use to improve blighted neighborhoods disappear, critics of the rule say…

Critics of the rule say it would allow HUD to assert authority over local zoning laws. The agency could dictate what types of homes are built where and who can live in those homes, said Gosar, who believes local communities should make those decisions for themselves rather than relying on the federal government.

If enacted, the rule could depress property values as cheaper homes crop up in wealthy neighborhoods and raise taxes, Gosar warned.

It could also tilt the balance of political power as more minorities are funneled into Republican-leaning neighborhoods, he suggested.

All of this—all—is a feature, not a bug, in the eyes of the Obama administration. It’s part of the fundamental transformation of America we were promised.

It also somewhat resembles the ill-fated school busing policies first implemented in Boston during the 1970s, although that involved state rather than federal control, and part of the deal in Boston was that not only were black kids bused into mostly-white schools, but white kids (from poor communities—not the rich white kids, who were spared) were also bused into mostly-black schools. The result was havoc in both communities, although the MSM focused on the racism demonstrated by the whites.

Not only were both communities thrown into turmoil, but the end result of forced busing in Boston was the decline of the public school system in the city as a whole. The following is from a report issued in 1998 by Stanford’s Hoover Institution:

[During Boston’s court-ordered busing era] public-school enrollment dropped from 93,000 to 57,000 and the proportion of white students shrank from 65 percent of total enrollment to 28 percent. Seventy-eight school buildings closed their doors, including Roxbury High. Now [in 1998] whites make up 17 percent of public-school students; most of them attend one of the three selective “exam schools” like the Boston Latin School…

Busing was imposed on citizens in the name of racial equality, but few public policies have harmed Boston’s black community more. Roxbury resident Loretta Roach is the chairwoman of the Citywide Educational Coalition, a group that supports public education. Roach bemoans the extent to which busing impedes black parental involvement in the “often faraway schools their children are bused to every morning.” Community support for public schools has also “evaporated since schools are no longer part of their communities. Busing destroyed the neighborhood passion for those schools that previously existed.”

A community is a vital entity. Toy with it at your—and the community’s residents’—peril. Tearing it asunder and spreading the members of the community throughout the city may seem like a solution to one problem, but it can cause others.

The city of Memphis is another place that seems to have discovered this, according to a 2008 article that appeared in The Atlantic. It described the results of a housing program somewhat similar to the one currently proposed by Obama:

…[It was] one of the city government’s most ambitious initiatives: the demolition of the city’s public-housing projects, as part of a nationwide experiment to free the poor from the destructive effects of concentrated poverty. Memphis demolished its first project in 1997. The city gave former residents federal “Section8” rent-subsidy vouchers and encouraged them to move out to new neighborhoods. Two more waves of demolition followed over the next nine years, dispersing tens of thousands of poor people into the wider metro community.

But things didn’t go as planned. Researchers were aghast to discover that crime soared in the new neighborhoods. What’s more, in other studies of similar programs in other communities, researchers found additional sobering results. In a federal study in which people were moved to low-poverty neighborhoods, researcher Susan Popkin of the Urban Institute observed:

It has not lived up to its promise. It has not lifted people out of poverty, it has not made them self-sufficient, and it has left a lot of people behind.

And note this observation by housing researcher Ed Goetz of the University of Minnesota, who created a database on similar studies. He says that the people who have moved to the new neighborhoods:

… don’t consistently report any health, education, or employment benefits…[and they] feel “a sense of isolation in their new communities.” His most surprising finding, he says, “is that they miss the old community. For all of its faults, there was a tight network that existed. So what I’m trying to figure out is: Was this a bad theory of poverty?

Sound familiar? And yet these findings don’t seem to have deterred the Obama administration at all.

How many Americans are even aware of the current HUD plan? How much coverage is it getting from the MSM? I haven’t seen much, except from the right, although Republicans in the House have not been idle on the subject:

Republicans are trying to block the Affirmatively Furthering Fair Housing rule. Before passing HUD’s funding bill this week, the GOP-led House approved Gosar’s amendment prohibiting the agency from following through with the rule.

That’s good as far as it goes. But the Senate will need to join the House in the prohibition—and then of course there’s the problem of enforcing the amendment if the administration and HUD decide to defy Congress and follow through with the plan anyway.

In Minneapolis, 30-40 years ago, a high-rise building was built near downtown. The idea was that the upper floors were to be for the very well to do, and as you moved down the building, you got more affordable housing. It was to be a mixing bowl of society. Location between the U of MN campus and downtown, easy access to either. Even in socially liberal Minneapolis, it failed in it’s designed purpose. None of the affluent wanted to take the more expensive apartments, and they had the money to live where they chose. Now it is an all affordable housing building and the center of the Somali community.