Obama’s Plan for ISIS: Leave It for the Next President

Obama’s Plan for ISIS: Leave It for the Next President

Maybe that’s not such a bad idea after all 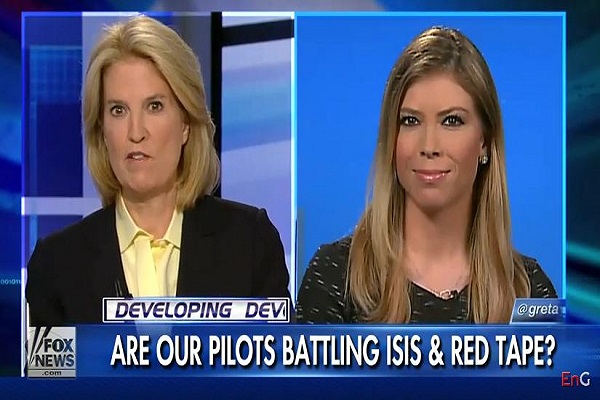 As a direct result of Obama’s amateurish, quasi-idealistic, and completely ideological failings in Iraq, we will almost certainly end up sending ground troops back in order to undo the damage wrought by the failed Obama doctrine.

Obama knows this, of course, and his plan is to run out the clock rather than make the decision that needs to be—and will be—made by the next president.  The National Journal reports:

On using U.S. combat troops? In a detailed interview with The Atlantic, Obama made his view clear. “If they are not willing to fight for the security of their country, we cannot do that for them,” he said, but added that he’s committed to training Iraqis over a “multi-year” period.

How many, exactly, is “multi?” State Department official and ISIS expert Brett McGurk laid that out on NPR: “It’s a three-year campaign to degrade the organization.”

Translation: The strategy is to avoid sending ground troops for the remainder of his term. So stop asking.

…”In 2017, there will be a new commander in chief and someone else who will have a responsibility to evaluate the situation on the ground and determine what steps are necessary to continue to degrade and ultimately destroy ISIL,” White House press secretary Josh Earnest said, using the administration’s acronym for the Islamic State. “That’s something that we’ll leave to the next president.”

Considering what ISIS has accomplished in only one year, this gives ISIS an incredible amount of time to gather their strength in numbers, resources, experience, and conquered cities and lands.  ISIS has, relative to their gains in the past year, a great deal of time remaining to achieve their stated goals of obtaining nuclear weapons, invading Europe, and even making inroads here in the U. S.  Until January 2017, ISIS can continue—largely unchecked, courtesy of Obama—perpetrating their evil genocide against Jews, Christians, and anyone else who doesn’t embrace their caliphate.

But none of that matters to our current Commander in Chief.  He wanted troops out of Iraq no matter the cost, and he got it.  What happens in the wake of that disastrous mistake simply doesn’t matter to him.  He’s indifferent to the atrocities that ISIS perpetrates (as witnessed by his chastising Christians about getting on their “high horse” and by his nonchalant response to the beheading of Americans).

He’s created the mess in the Middle East by both action and inaction, yet he takes no responsibility at all for it, nor does he seem aware of the threat that ISIS poses not only to (relative) peace in the Middle East but to our European and Israeli allies.  And to us.

Generals Pataki and Dempsey, as well as President Bush, have clearly stated that the only way to combat ISIS effectively is on the ground.  The Hill reports:

Bush said he faced the “very difficult decision” as president to double-down and send additional U.S. troops to Iraq amid mounting casualties and eroding public support for the war.

“I think history will show that al-Qaida in Iraq was defeated,” said Bush, who in the interview described al Qaeda as “ISIS as far as I am concerned.”

The only way to defeat ISIS is to meet them on the battlefield . . . unfettered by restrictive and counterintuitive ROE’s that endanger our military.

According to the Washington Times, the spike in troop deaths can be directly attributed to stricter rules of engagement:

“In Afghanistan, the [rules of engagement] that were put in place in 2009 and 2010 have created hesitation and confusion for our war fighters,” said Wayne Simmons, a retired U.S. intelligence officer who worked in NATO headquarters in Kabul as the rules took effect, first under Army Gen. Stanley M. McChrystal, then Army Gen. David H. Petraeus.

“It is no accident nor a coincidence that from January 2009 to August of 2010, coinciding with the Obama/McChrystal radical change of the [rules of engagement], casualties more than doubled,” Mr. Simmons said. “The carnage will certainly continue as the already fragile and ineffective [rules] have been further weakened by the Obama administration as if they were playground rules.”

On second thought, maybe it’s a good thing that he’s running out the clock.

I’ve got a better plan.

letting ISIS rampage through the Middle East and Northern Africa,
putting Iran on the path to nukes,
open borders and illegal amnesty,
ObamaFraud
The Bear and Tiger turned loose