“Look what happened to Bob McDonnell” 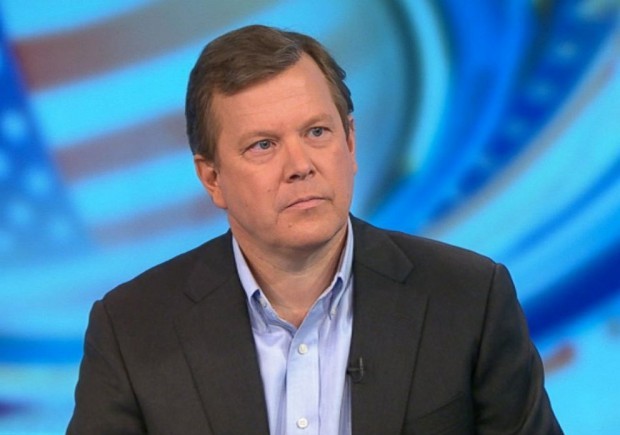 Peter Schweizer’s book, ‘Clinton Cash’ has not even been released yet, but has created quite a stir in the DC community. With Hillary Clinton’s presidential campaign officially launched, the book is raising a lot of questions about Hillary’s time as Secretary of State and the Clinton Foundation.

Schweizer says his book lays out a pattern when foreign interests – both government and business – made large donations to the Clinton Foundation and paid Bill Clinton large sums of money while having business before the state department.

Schweizer was on Morning Joe today and was being peppered with questions from Mika Brzezinski and Mike Barnicle about “proof”, “evidence” and a “smoking gun” (like George Stephanopoulos did) Schweizer tried to remind them he’s just an author and doesn’t have the ability to do the digging to establish a legal case. They continued to press and that’s when Joe Scarborough had enough:

He’s right about the standards and he made a great point that nobody was going after Schweizer the way they are now when he wrote his book ‘Throw Them All Out’, his book on how people in Congress were benefitting from insider information to make money on stock deals. That’s because the book went after Republicans as well as Democrats.

It’s not unreasonable to believe Stephanopoulos, Brzezinski and Barnicle won’t be so concerned about evidence Schweizer has when he writes about Jeb Bush several months from now.

Forgive me if this qualifies me for tinfoil in my hat, but they waited three years to charge Menendez. OK, sure, they wanted to wait until after the ’14 election; and, sure, maybe it was payback for his support of Israel. But maybe also they — the hard left (no friend of Hillary’s) — wanted to provide a basis for the very comparison Scarborough is making here.

There’s no logical reason – except that he was not the target of an investigation – that they didn’t indict Senator Harry reid on one of the counts that they indicted Senator Robert Menendez for. And Harry Reid didn’t have the excuse that he was a longtime friend of the petitioner. And he also got a contribution.

It wasn’t too long ago that the media were full of stories about the arrest and conviction of former Virginia governor Bob McDonnell and his wife for corruption. But that case was brought, and a conviction obtained, without any so-called “smoking gun” evidence of a quid-pro-quo. A pattern of monies and services flowing to the governor, and (compared to Hillary Clinton’s State Department) comparatively minor official government acts was enough to send the former guv to the big house.

Why wouldn’t criminal prosecutions be every bit as politicized as every other damn thing is?

The Clintonian defense to any accusation isn’t to deny it’s true, but to challenge the accuser to “prove it” or insist “there’s no evidence of that.” In a few cases, it later turned out that the evidence wasn’t available because the Clintons refused to comply with lawful subpoenas.

And with the email deal, they apparently learned from Nixon’s mistake in not just burning the damned tapes.

….Nixon’s mistake in not just burning the damned tapes.

Not burning the tapes was NOT a mistake.

If he had burned them, any accusation could have been made and might have been believed.

The tapes saved Nixon from the accusation by John Dean that he had offered a pardon to Watergate burglar James McCord at a time when Judge sirica was pressing him to give testimony.

Testifying before the Senate Watergate committee in 1973, Mr. McCord said he was told that the clemency offer had come from “the highest levels of the White House.” Mr. Caulfield also appeared before the panel.

The account appeared to link Nixon directly to efforts to cover up the White House’s involvement in the break-in at Democratic National Committee headquarters in June 1972, the event that would lead to Nixon’s downfall.

But Nixon denied the allegation, and transcripts of White House tapes did not show that he had been behind the offer. John W. Dean III, the White House counsel, told investigators that it was he who had authorized Mr. Caulfield to broach the matter with Mr. McCord, though Mr. Dean insisted that he had done so with the president’s knowledge.

It wasn’t in the tape of the conversation where John Dean claimed Nixon had told him to offer a pardon to McCord.

The Clintonian defense to any accusation isn’t to deny it’s true, but to challenge the accuser to “prove it” or insist “there’s no evidence of that.”

That was a standard Communist Party tactic, during the time of Stalin.

The Clintons have a bigger repertoire than that.