Iran nuke deal: “Everything Netanyahu warned about has turned out to be true”

Iran nuke deal: “Everything Netanyahu warned about has turned out to be true”

Obama admits: At end Iran deal, “breakout times would have shrunk almost down to zero” 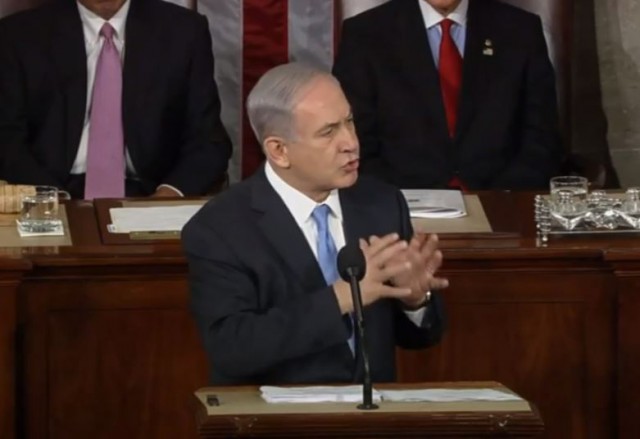 There is no Iran nuke “deal,” but whatever there is to the framework, even Obama now admits it paves Iran’s path to the bomb, albeit on a delayed fuse, as AP reports, Obama says Iran could cut nuke time to near zero in 13 years:

Defending an emerging nuclear deal, President Barack Obama said Iran would be kept a year away from obtaining a nuclear weapon for more than a decade, but conceded Tuesday that the buffer period could shrink to almost nothing after 13 or more years.

Obama, whose top priority at the moment is to sell the framework deal to critics, was pushing back on the charge that the deal fails to eliminate the risk because it allows Iran to keep enriching uranium. He told NPR News that Iran will be capped for a decade at 300 kilograms — not enough to convert to a stockpile of weapons-grade material.

“What is a more relevant fear would be that in Year 13, 14, 15, they have advanced centrifuges that enrich uranium fairly rapidly, and at that point, the breakout times would have shrunk almost down to zero,” Obama said.

It’s not at all clear that 13 years is the correct number, as opposed to 10. But regardless, the point is that at the end of this process Iran is ready to produce a bomb.

Where have I heard that before? Oh yeah, Netanyahu: Nuke Deal ‘Paves Iran’s Path to the Bomb’:

Iraeli Prime Minister Benjamin Netanyahu told Congress on Tuesday that a potential nuclear deal being negotiated by major powers including the United States “paves Iran’s path to the bomb.”

Netanyahu, who vehemently opposes the Obama administration’s ongoing negotiations with Iran, said that world leaders must instead work to “stop Iran’s march of conquest, subjugation and terror.”

“For over a year we’ve been told that no deal is better than a bad deal,” he added. “Well, this is a bad deal. It’s a very bad deal. We are better off without it.”

Netanyahu was excoriated not just by the Obama administration and Democrats, but by the media.

He was laughed at, derided as a fearmonger, and otherwise marginalized for suggesting that the end result of proposals being floated was that in 10 years Iran gets a bomb.

Jon Stewart’s mockery aside, Bibi was right to warn about Iran. In supporting the “deal,” the Obama administration is now arguing Iran currently is just two months from a nuclear breakout:

US energy secretary Ernest Moniz, who negotiated the technical side of the deal, said Netanyahu’s assessment was wrong.

“We certainly have a very, very different view of the facts,” Moniz said on CBS News. “Certainly today, the breakout time [for Iran to acquire a weapon] is about two months. This will immediately get us over a year. It will get us there with almost instantaneous recognition of any attempt to evade the deal, and it will give us plenty of time to respond diplomatically or otherwise.”

The 10-year time frame under which Iran now gets a bomb, Netanyahu argued, was just a “blink of the eye” for a nation: 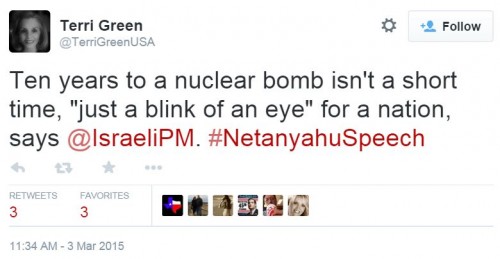 Listen to how Obama reacted to Netanyahu’s speech, and compare it to what Obama now admits as quoted at the top of this post: 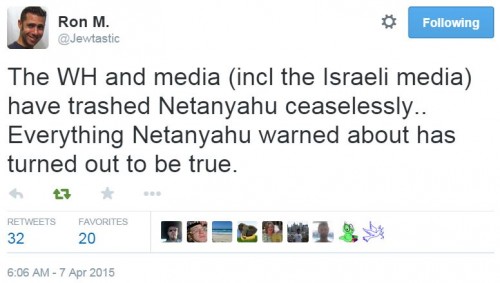 UPDATE: Netanyahu even more correct than initially thought, French fact sheet differs from US on Iran’s centrifuge use, R&D

A French government fact sheet on the Iran framework deal, which has not been made public by Paris but which has been seen by The Times of Israel, provides for Iran to gradually introduce the use of advanced centrifuges to enrich uranium after 12 years, in contrast to the US official parameters, which make no such specific provision

The use of the more advanced IR-2 and IR-4 centrifuges, as permitted according to the French fact sheet, would enable Iran to more rapidly accumulate the highly enriched uranium needed to build nuclear weapons, accelerating its breakout time to the bomb.

The French fact sheet also specifies that Iran will be allowed to continue R&D work on the advanced IR-4, IR-5, IR-6 and IR-8 centrifuges, the last of which can enrich uranium at 20-times the speed of Iran’s current IR-1 centrifuges, whereas the American parameters are less specific.

Differences between the texts issued by Paris and Washington also extend to the question of inspection and supervision of Iran’s activities, with the French document indicating that the IAEA, the International Atomic Energy Agency, will be able to visit any suspect site in Iran — so-called “anywhere, anytime” access — whereas the US document is less far-reaching.

The two documents also differ in their terminology as regards the scale and timing of sanctions relief as the deal takes effect.

[quote]Obama … told NPR News that Iran will be capped for a decade at 300 kilograms — not enough to convert to a stockpile of weapons-grade material.[/quote]

Assuming that’s 300 kg of 80% enriched U-235, that’s more than enough to build four Little Boy bombs. The US ended WWII with three bombs — one was used for testing, and the other two (one of which was Little Boy) were dropped on a country far larger than Israel. If Iran has 300 kg now, there’s nothing stopping them from building bombs now. Removal of sanctions will only make building them — let’s appropriately call them Obama Bombs — easier and faster.