The most transparent administration ever. 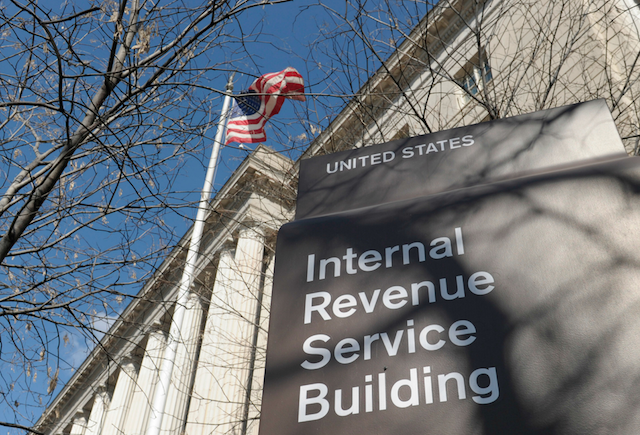 One year ago, Barack Obama told Bill O’Reilly that there wasn’t even a smidgeon of corruption at the IRS. If that statement was true, why is the Obama administration refusing to share documents related to the IRS targeting scandal?

The Obama administration is refusing to publicly release more than 500 documents on the IRS’s targeting of Tea Party groups.

Twenty months after the IRS scandal broke, there are still many unanswered questions about who was spearheading the agency’s scrutiny of conservative-leaning organizations.

The Hill sought access to government documents that might provide a glimpse of the decision-making through a Freedom of Information Act (FOIA) request.

The Hill asked for 2013 emails and other correspondence between the IRS and the Treasury Inspector General for Tax Administration (TIGTA). The request specifically sought emails from former IRS official Lois Lerner and Treasury officials, including Secretary Jack Lew, while the inspector general was working on its explosive May 2013 report that the IRS used “inappropriate criteria” to review the political activities of tax-exempt groups.

TIGTA opted not to release any of the 512 documents covered by the request, citing various exemptions in the law. The Hill recently appealed the FOIA decision, but TIGTA denied the appeal. TIGTA also declined to comment for this article.

The Department of Justice, which hasn’t been politicized in any way, may be partially to blame for the slowness of the investigation.

(Washington, DC) – Judicial Watch today released new internal Department of Justice (DOJ) documents revealing that the Internal Revenue Service Office of Chief Counsel’s office delayed approval of an IRS employee’s meeting with DOJ and FBI investigators into the Obama IRS targeting scandal. The emails also detail the involvement the Public Integrity Section of the Justice Department’s Criminal Division with the investigation. The documents show, the Public Integrity Section was investigating the IRS scandal only a month after it reached out to Lois Lerner about prosecuting targeted tax-exempt entities. This is the first window into the criminal investigation of the alleged IRS abuses.

The Public Integrity Section previously has been tied to an effort to work with the Obama IRS in an effort to prosecute the very groups and individuals critical of the Obama administration and the president’s reelection that the IRS has admitted to illicitly targeting.

You’ve got to hand it to Obama—he makes Nixon look like an amateur.

The pendulum will swing back in the direction of the rule of law after this gang of thugs leaves office.

If we make it to that happy day.

Even so, this gang of thugs will leave office secure in the knowledge that they got away with it unscathed

And then all the progressive drones will proceed to gnash their teeth and cry about the lawlessness of the next Republican administration.

And the instant that they do the appropriate response is:

“We didn’t hear a peep out of you during the lawless actions of the Obama administration. Are you a hypocrite, or just a moron?”

Then watch them stammer that “it was different then” or slink away in shame (if they have any).

No stammering, and no excuses: just an accusation of ‘racism’ that will be echoed by the MSM.

I would not want to be in their shoes. Not for love or money.

Remember what a terrible friend is hubris. He’ll get you and deep kimchi and leave you there alone while he laughs at you.

Rags, they deserve a few thousand tons of extra-hot kimchi, served to them for the rest of their lives.

They should not feel certain of that.

May Barry Minkow be their investment advisor.

Really? I wish I could agree with you. BO and his gang of merry men have GOTTEN AWAY with it. Because, really, who cares? I mean, aside from us “extremist lunatics?” Does Joe Sixpack give a darn? Mr. and Ms. Average Voter are turning on the tube and wondering what happened to that nice Brian Williams. And the media, who have been actively covering for the Administration, are GLAD. Because the ends justify the means. And, no, the same standards would not apply to a Republican White House. Unfortunately, I think that statement likely applies both to the media covering that theoretical WH and to the theoretical occupants.

You are mistaken. The permanent bureaucracy at EPA and elsewhere outlive administrations. They will continue their lawless behavior regardless of who is at the helm.

Yes, that swing-back will occur. But this collection of criminals has pushed the limits so far that it will be years, if ever, before we even get a glimpse of real federalism under the Constitution again.

The White House dragging out the investigation? Get outta town! That’s so unlike them.

It pains me to think about this cabal of devils getting away with what they have done to our country. Were it up to me, I would have set up the guillotine in front of the reflecting pool a long time ago, and started with Holder and Jarrett.

Who else would be in that line?

I’ve got my knitting just waiting to go!

The people committing these scandals and crimes should really pray very hard that the next president is not a Republican one. If he or she is, their nightmare, then true investigation and prosecution may follow. The current administration is the most corrupt in history, only the Grant administration rivals it (and that did not involve Grant himself). It will likely get worse too as the end of the administration looms, Obama becomes less relevant, and responds by issuing executive orders and memos that are increasingly strident and over reaching. Don’t be surprised though if this president issues a series of general pardons to himself and to his loyal followers before he leaves office about 700 days from now.

The next non-Dem administration needs to gut and replace every federal agency all the way down to janitorial supervisors.

Good workers that will rat out the crimes of their superiors might get to stay. Under the “snitches get stitches” administration they don’t dare come out, but hopefully they are preserving evidence, multiple copies.

The 10,000 Lois Lerners need to fill up the prisons, not retire on six figures.

History isn’t written yet. We don’t close the books on this using this day as the status quo.

There will be a tomorrow, and it needs to include some justice…or at least law.

“Good workers that will rat out the crimes of their superiors might get to stay.”

Agree in sentiment, but how to measure/identify them, especially when we are trying to separate them from agile liars?

Nope. SCORCHED EARTH. To the ground. Start over.

I predict we’re going to see a mind-boggling number of presidential pardons right before this lawless piece of shit vacates 1600 Pennsylvania Ave.