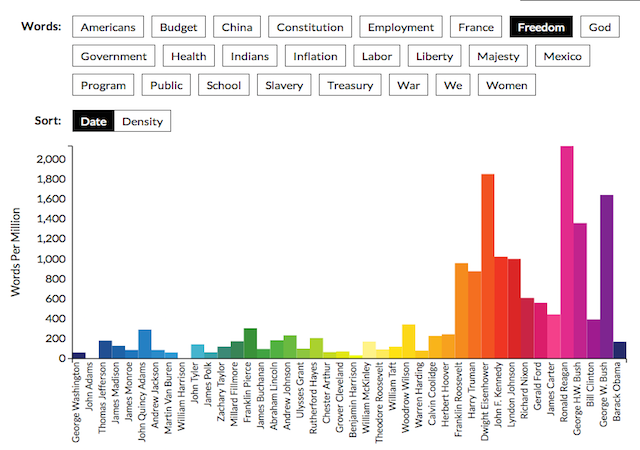 When President Obama walks into the House chamber tonight to deliver the State of the Union address, most in attendance will already know exactly which policy items he has chosen as his priorities for the next year. According to a report by the Washington Times, Obama has the worst State of the Union record since Gerald Ford was in office, which says a lot not only about how Washington feels about his leadership, but about how the American people feel about his pet policies.

So, what’s the point of all the pomp and circumstance? Emotionally-triggering buzzwords, of course. Although most of America doesn’t stand at attention when the President makes a speech, people in general know what the State of the Union is, either because they watch the event on TV, or because they media bombards them with clips and talking points for a week after it’s over.

The people at The Atlantic wanted to find out what types of buzzwords Presidents tend to pick up and recycle. The result? An interactive data visualization tool that you can use to find out how many times each President talked about, say, the Constitution: 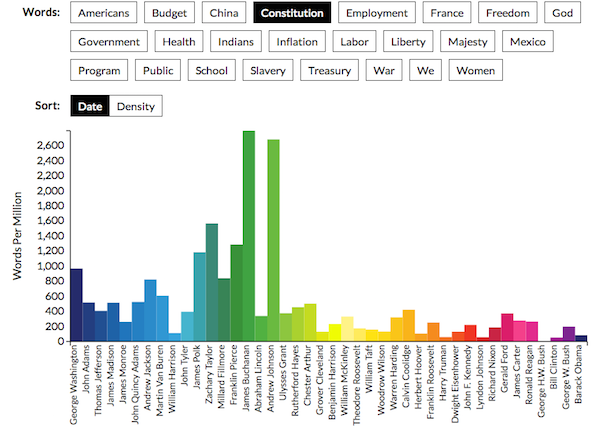 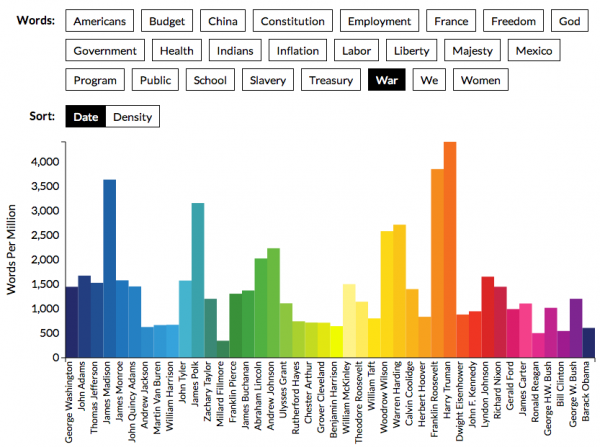 Over the years, Presidents have reflected cultural changes in their speeches. They talk about slavery less, but mentions of women have grown exponentially: 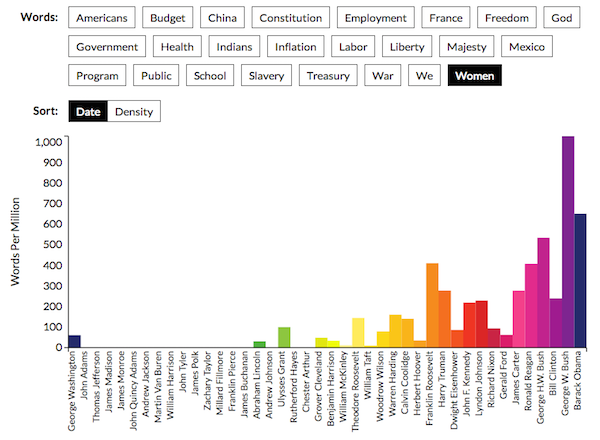 Presidents want to use words that resonate, which explains why President Obama focuses on domestic issues and party differences, whereas President Bush (W), for example, focused on foreign policy and the war on terror.

I’ve already said several times that I think we’ll be seeing a buzzword-filled, populist-driven final two years Of the Obama administration. Keep an eye (or an ear) not so much on what policies the President lays out tonight (you know what’s coming), but on the words he uses to describe them—you may learn a lot more about our near future than you would if you just focused on the legislation.

Sick of Obama giving speeches to screw USA? So things to do while not watching SOTU? Trim toenails. #WHILENOTWATCHINGSOTU

How are you going to find someone who actually listened to it?

Some of the more conservative sites have live blogging during his speeches. Some make drinking game out of it, just to make it bearable. Like, take a sip every time he says “I” and other things of that ilk.

“Like, take a sip every time he says “I” and other things of that ilk.”

Take a chug of someone else’s drink every time he mentions new taxes!