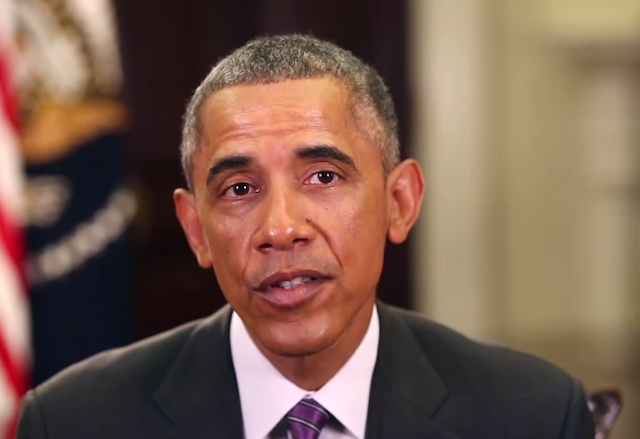 A new poll from Pew reveals that the words most often used to describe President Obama are “Incompetent” and “Good Guy.”

Behold: Barack Obama, undisputed leader of the free world, commander in chief of the most lethal fighting force on the planet…lovable doofus? No wonder our international reputation is circling the drain.

However, some new words have emerged in the descriptions of Obama: Among the roughly half of respondents asked the question (N=746), dictator is mentioned by 12, while eight describe Obama as impressive. Neither word had been used in nine prior surveys asking for one-word descriptions of Obama since he became president.

And a perennial critique of Obama – socialist – is not as prominent on the list of descriptions as in the past; in the new survey, five respondents describe Obama as a socialist. In April 2009, when Obama was generally described in positive terms (and his job approval was much higher than it is today), socialist stood out among the negatives.

Still, many of the descriptions of Obama are the same as those used in the past. Some supporters continue to point to his intelligence (21 mentions; another nine call him smart), while opponents describe him as an idiot or stupid (12). Nearly equal numbers call him honest (12) and a liar (11).

There’s even a fun infographic that throws the miserable truth into full relief! 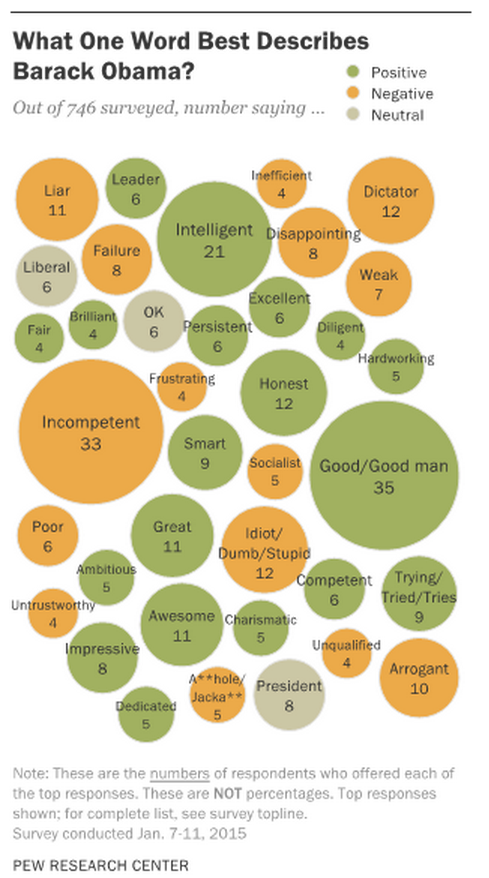 Strap in, everyone. We still have two more years of this.

I notice that the word, “poser,” is conspicuously absent.

If anyone cannot connect the dots presented in the the old movie, “Manchurian Candidate,’ then I don’t think that we can be saved… (from ourselves)