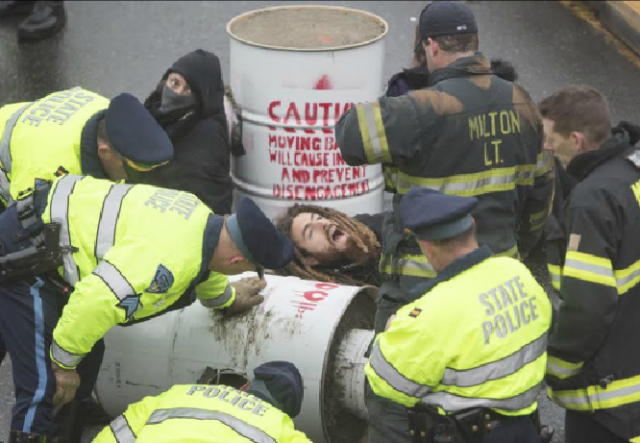 Last Thursday protesters exploiting the #BlackLivesMatters movement as an excuse for anarchy blocked traffic on Route 93, a key highway leading into Boston:

Protesters affiliated with the activist group Black Lives Matter carried out their most audacious and disruptive demonstration yet in the Boston area Thursday, blocking the largest highway into the city, snarling rush-hour traffic, and stopping an ambulance in its tracks.

In a pair of coordinated surprise actions that angered commuters, the protesters formed human barricades on Interstate 93 north of the city in Medford, and south, in Milton. Some put barrels filled with concrete on the highway and chained themselves to them. Twenty-nine protesters were arrested.

The well-organized protests were carried out on Martin Luther King’s birthday by activists calling attention to the deaths of unarmed black men at the hands of police in Missouri and New York.

The protesters are being prosecuted, more vigorously than usually happens, perhaps because at least two ambulances had to be rerouted due to the traffic jam.

The local CBS affiliate tracked down a couple of the protesters. (h/t John Cardillo Twitter)

Like this guy, who was in the Featured Image: 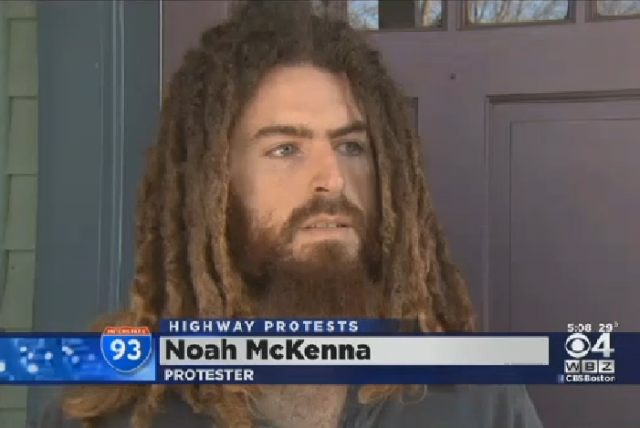 Part of the story was that they objected to being approached at home.

But the part I noticed was that at least two of the three protesters whose homes were visited lived at home with their parents.

Who would have thunk that?

How does one go to the bathroom while chained to a barrel?