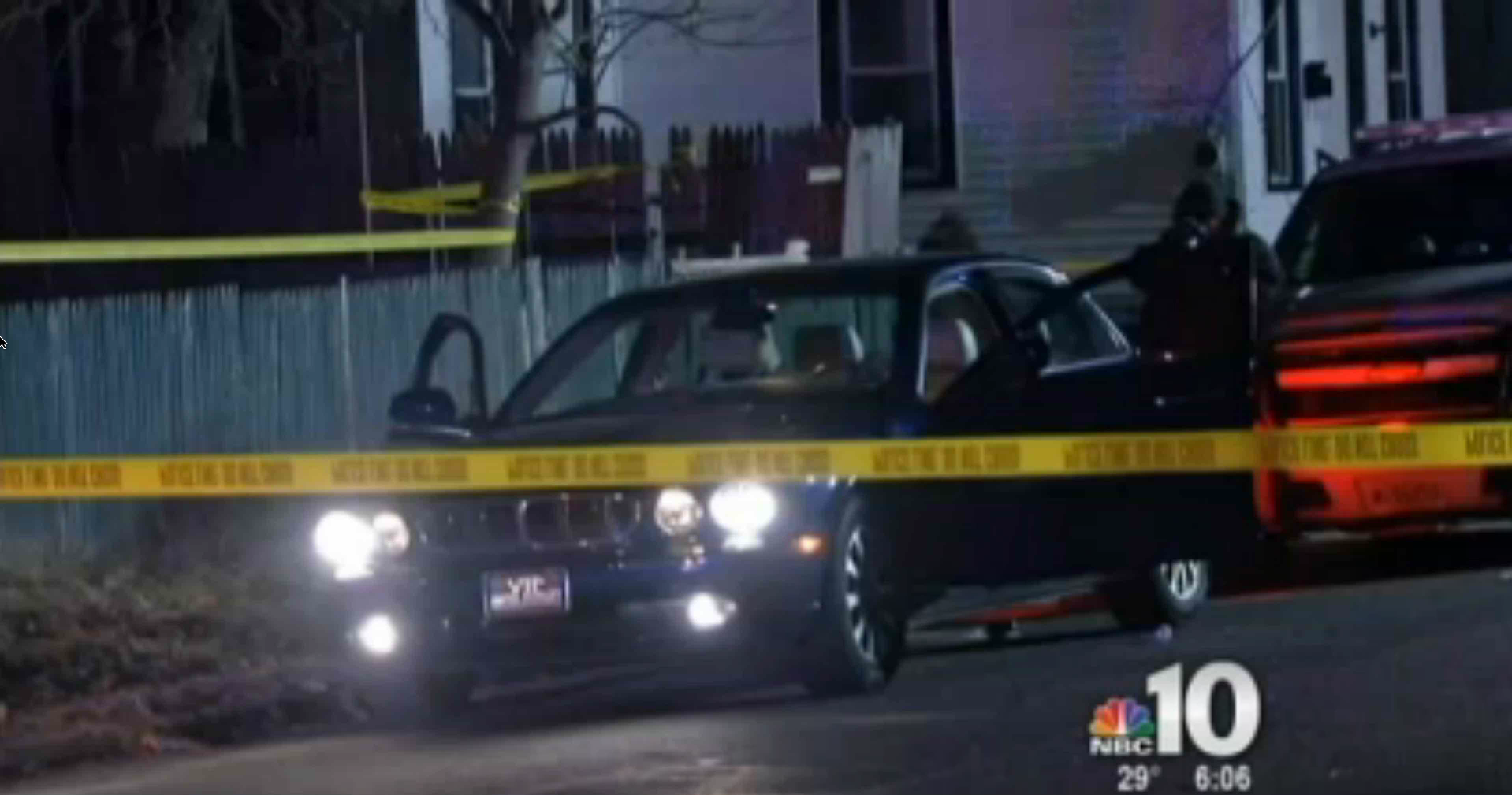 Two Bridgeton NJ police officers shot and killed 36-year-old Jerame Reid during a traffic stop last night, reports NBC 10 News our of Philadelphia (see embedded video, below).  The officers, Braheme Days and Roger Worley, are on paid leave as the killing remains under investigation.  Prosecutors have released little information, but a gun was recovered at the scene.  An autopsy is scheduled for today, although there seems little question as to the cause of death.

The witness circus, so familiar from the Michael Brown shooting, seems to have already begun.  It remains to be seen whether the witnesses in this instance have any greater credibility than those in Ferguson who claimed that Brown was shot in the back while fleeing, that Brown was shot while on his knees, that Brown had never advanced on Officer Darren Wilson, and other such creativities.

One witness, Tahli Dawkins, claims that Reid had nothing in his hands and was trying to get out of the car when he was shoot. Another, Ben Mosley, claims Reid was trying to get back into the car. All this witnessed movement seems odd, given that yet another witness, Zakeeda Hill, says that police were shouting “don’t you f*cking move” just before they started firing.  Hill also reports that Reid was being uncooperative with the police stop, arguing “We ain’t got nothing, why you pulling us over?”

Nothing, apparently except a handgun in the car.  Being in New Jersey, the handgun was almost certainly illegal, a prospect made more likely by the fact that Jerame Reid apparently has a prior criminal history and incarceration, based upon statements by family members.  Reid’s cousin, Keesha Spring is reported to have said:

He had a troubled past but after that he became a good person. . . . Everybody has their bad times and he had his bad times. But he was very lovable.

And Reid’s wife, Lawanda, was reported to have said:

My husband was no saint; he was not perfect–he had a background, but he walked out of there a free man.

Despite Reid having been 36-years-old when killed, witness statements are also replete with the juvenile-style descriptors that have become a staple of such events.  Cousin Keisha Spring describes this grown man as “a good kid.”  Witness Zakeeda Hill, in describing the event, states that “they just killed that boy.”

Unknown, of course, is to what extent Sharpton orchestrated protests against the police, marches calling for dead cops “Now!” and tweets calling for cops to be shot in the head (at least two a day, of course) might have contributed to a growing expectation among officers that a non-compliant suspect may intend to bring deadly force against them.

IF he was the owner of a late model Jag, he was VERY gainfully employed.

Is trafficking drugs being gainfully employed? How could such a person own a late model Jag? Did he win the lottery?

Hey, I seriously am not pre-judging this guy.

There are LOTS of “lotteries” in life he could have won without ever crossing the law.

He could even be are REALLY remarkable cattle-futures trader, like Ol’ Walleyes Clinton…

They say I shot a man named May
And took his wife to Italy
She inherited a million bucks
And when she died, it came to me
I can’t help it if I’m lucky . . .

Absolutely, it is still strange to me that someone can make millions on pork bellies, but it happens.

Whatever the case, he sure did pimp his ride.

The dead guy was a passenger in the Jag, which makes it unlikely he was the owner … but I guess you never know.

“Hill told The Daily Journal that the car’s occupants insisted to officers that they didn’t have anything and asked police why they had been pulled over.”

“Denzel Mosley, 17, witnessed the incident from the attic of his house, which overlooked the shooting scene.”

He was doing WHAT in his attic ?

“Reid was sentenced in 1994 to 15 years in prison for his conviction on charges of attempted murder and aggravated assault, reported the Press of Atlantic City.”

Making him a felon in possession now.

“Reid filed a federal lawsuit three years ago claiming he was beaten by two Bridgeton jail officers in October 2009 in his cell while awaiting a transfer to another holding cell, reported the Press of Atlantic City.

The newspaper reported at the time that Reid shot at police as he attempted to flee from his home after police came to question him about a stolen gun.
”

“The excessive force complaint accuses the officers of beating him, spraying him in the face with chemical irritant, and dumping a bucket of cold water on him.”

Restraint, Mace, wash off the Mace. SO ?

“The suit claims he initially told nurses he was beaten by fellow inmates.”

Interesting background info. It may not be relevant to this situation, but the 2009 data does seem to speak to a predisposition to violent actions.

He be habbin troubles, but he good. He din do nuffins!

Since the dead man is a violent criminal, expect the race pimps and agitators out in force.

Officer Braheme Days is black. It appears he is rather new to the force: http://www.pressofatlanticcity.com/sports/local/highschool/bridgeton-shot-putter-braheme-days-jr-uses-hard-work-to/article_f01d9664-730f-11e1-afb1-001871e3ce6c.html

There is also a black Braheme Days, Jr., who is a freshman or sophomore at UCLA where he is an up and coming track superstar. He’s from Bridgeton, NJ, which this incident occurred. The Braheme Days in the story photo looks a bit young to have son old enough to be a 19 or 20 yr. old. We’ll see what further, if any, information shakes out as to a familial relationship between the two.

These officers might get a bit of a pass from the race industry because Officer Days is black, but the race-baiters still make noise because the police in general, white cops in particular, are the target. I don’t know if Officer Whorley is white or black.

It’s being reported that both officers fired at the suspect.

It sure sounds so far like a good shoot to me.

From the video, that wasn’t a late-model Jaguar. Looks to be over 10 years old.